23savage: "MMR can't win you a tournament, only teamwork can"| Position 6 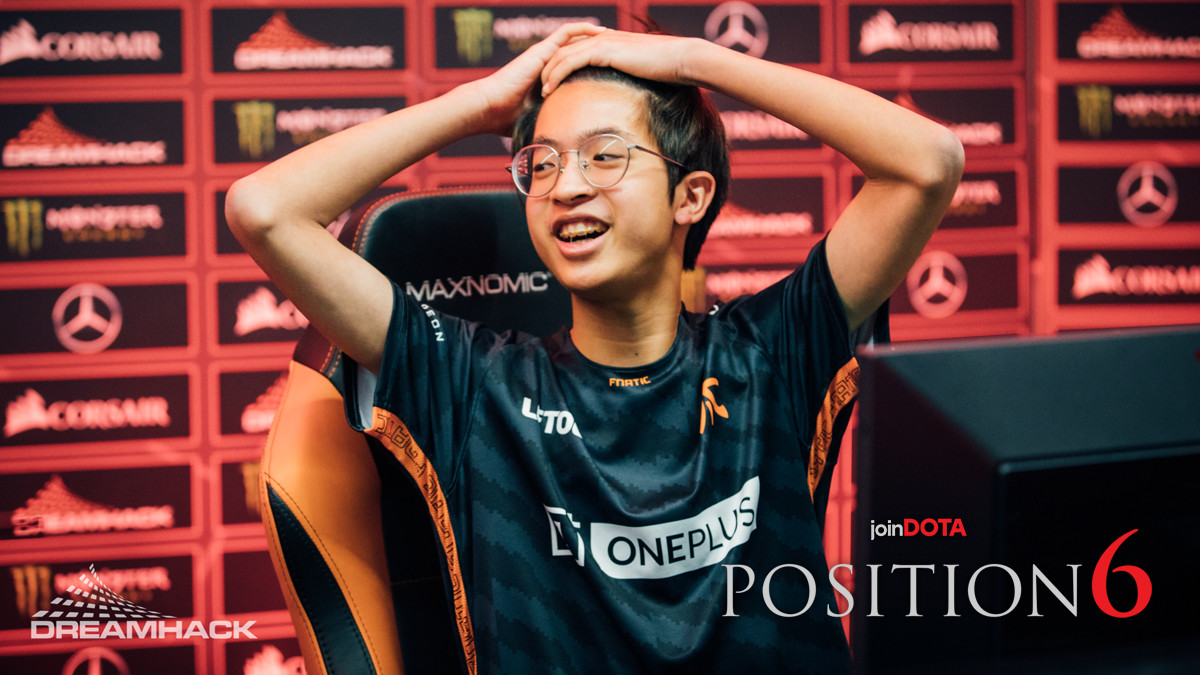 posted by NanaKrustofski,
This week on the Position 6 podcast, Dan Offen chats to carry player Nuengnara '23savage' Teeramahanon. The 19-year-old rising star explains how March changed his strategy to practice, their run at the DPC and how it felt to finally qualify to TI after his previous "nightmare" experience.

Nuengnara '23savage' Teeramahanon is a carry player and midlaner from Thailand. The 19-year-old young gun is currently playing for T1 with whom he finished in first place at the ESL One Summer 2021 and in third place at the WePlay AniMajor.

T1 had a rather rough performance in the first Major of the season, but things improved in the AniMajor. Of course, Carlo 'Kuku' Palad actually being able to compete with the team was a great factor behind this. However, the players also worked on additional issues such as playing together as a unit. 23savage explains that at first, they played more individually like practicing in solo rank, but have since learned to respect each other more.

When Kuku came back, he lead the team and made sure that every teammate trusts each other.

Ending the nightmare with a great performance

With their performance during the DPC, T1 secured their spot in the upcoming The International. It will be the first TI for 23savage, as he just missed out on qualifying last time. Together with Team Jinesbrus he finished in second place of the TI9-Qualifier after a 3:2 Grand Final against Mineski, being only one victory away from making it through.

This loss followed him for a long time. "It has been his nightmare ever since", says the carry player. They were already leading 2-0 against Mineski. "The moment we lost is because of me, I lost the game. Because of the throne call, that's why I have been feeling bad a lot". The nightmare is now over, as he was able to make up for his mistakes and finally snatch a ticket to TI.


It's not about MMR, but about playing effectively

23savage is also known for his extremely high MMR. However, he is no longer as focussed on being in first place on the leaderboard. With March as a coach, he also developed a different style of practice. The youngster learned that it can be more efficient to play three good games per day and learn a lot, rather then just mindlessly completing 20 games. Grinding MMR made him a better pub player, but not a better pro player, so he explains.

MMR cannot win you a tournament, only teamwork can win.