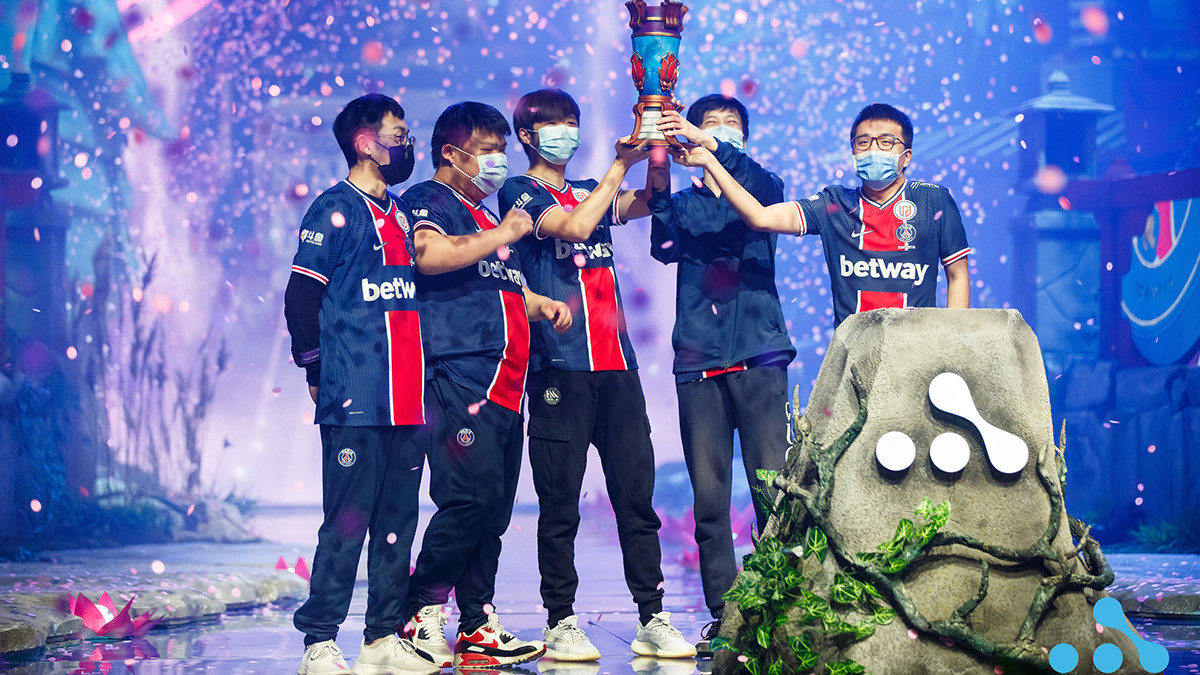 posted by Smyke,
The Chinese powerhouse keeps rising: PSG.LGD claim the trophy at the WePlay AniMajor after a stellar performance throughout the tournament. The second and last Major of this season is over, all DPC Points are collected and the top twelve teams snatched their ticket to the The International 2021. PSG.LGD claimed a dominant 3-0 victory over Evil Geniuses in the WePlay AniMajor Grand Finals, which awarded them the lion's share of the $500,000 prize pool and the title as Major champions.


The Chinese PSG.LGD emerged as the tournament favourite after their stellar performance in the Group Stage and the Playoffs. Especially their ability to read and predict the opponents' draft and perfectly adjust their hero picks got them the upper hand. With Zhang 'Faith Bian' Ruida and Zhang 'y`' Yiping on the roster, many parallels to the style of the TI6-winning Wings Gaming were drawn. Additionally, LGD have TI4 winner and icon Zhang 'xiao8' Ning as their coach.

Believe in yourself and believe in your teammates. #AniMajor, WE ARE THE CHAMPION!🔥This is the THIRD Major championship we’ve won, and also the first of our new team.
GGWP, @EvilGeniuses 👍🏻Not the end, but the beginning of a new journey. See you guys at Stockholm in August! pic.twitter.com/MPeNS3Ihvd

Both of the teams secured their place in the upcoming TI already prior to the finals. The AniMajor was a great success overall. The Lower Bracket Grand Final between T1 and EG achieved a peak viewership of over 645,000 spectators. This makes it the second most watched Dota Major and the fifth most watched Dota tournament overall.