LGD and RisingStars do a player swap

LGD-Gaming has officially announced the player that will be replacing

Liu 'Sylar' Jiajun on the team. 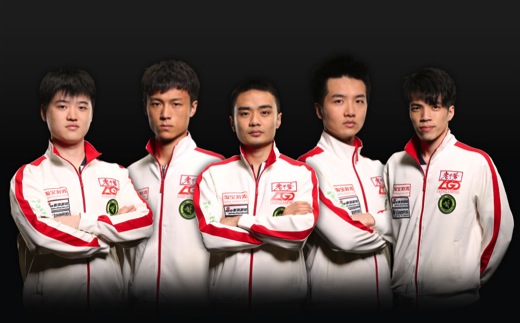 Sylar (second from left) will be replaced by Xiaotuji

Both Sylar and Xiaotuji share similar history in the sense that they are both relatively new the the scene when they were signed on LGD. Sylar was originally part of the original World Elite Team formed by the legendary

Wu '2009' Sheng. Seeing his potential, Sylar was brought onto LGD during the team's reformation by

Ning 'Xiao8' Zhang. Now Director 8 makes the same gamble with Xiaotuji, time will tell if it pays off like Sylar.

Statement from LGD regarding their new pickup
Today, we are pleased to announce the arrival of Wang “xiaotuji” Zhang in our team. xiaotuji is a young but talented player formerly of RisingStars. He will replace our former carry player, Liu 'Sylar' Jiajun who is now a RisingStars player.

We would like to thank Sylar for helping us achieve success since his arrival to the team in 2011. We are very happy to have had a player like him represent our club. We also would like to thank RisingStars for making this transfer possible. Last and not least, welcome xiaotuji to your new home.