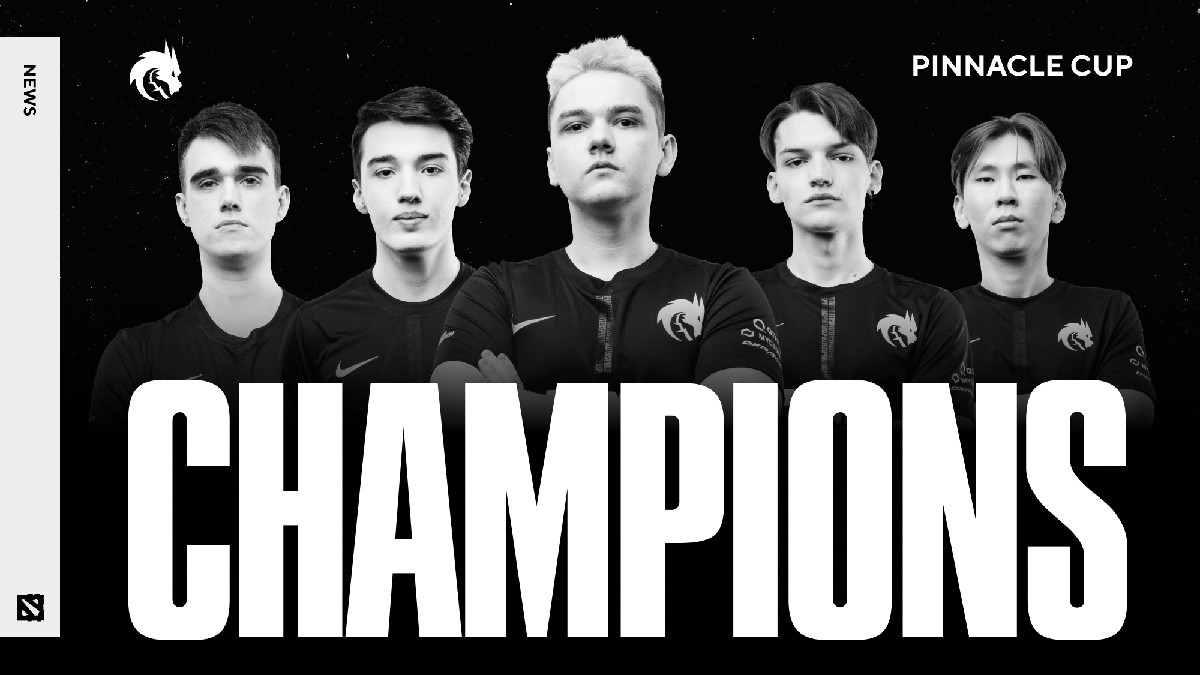 posted by NanaKrustofski,
After nearly one month of fighting, the Pinnacle Cup came to an end this Tuesday. The Grand Finals had Winstrike and Team Spirit fight each other for five games until one of the contenders eventually took home the crown. CIS organisation Team Spirit snatched the trophy at the Pinnacle Cup this Tuesday after an amazing Lower Bracket run. The team bested Winstrike in the Grand Finals and took the series with a 3-2 score.

We are your Pinnacle Cup champions 🥇

It was a long and hard series, but we've managed to reverse sweep from 1-2 to 3-2! Now onto the #WePlayMajor!
GGs, @Winstrike_Team #SpiritDota #Dota pic.twitter.com/ChdAJUcNyJ

Taking a detour to the Grand Finals

The team already dominated the round-robin Group Stage of the event as they finished on first place by winning 7 and dropping 2 series in total. Then, they had to face a huge kickback as Vikin.gg defeated them 2-0 in the first round of the Playoffs, sending them into the Lower Bracket.

Spirit where however able to pull themselves together and fight back: they conquered both Hellbear Smashers and HellRaisers and eventually got their revenge against Viking.gg.

Their final contenders were Winstrike who received a direct invite to the Playoffs. After four matches, the final game decided which team takes home the trophy and the lion's share of the $100,000 prize pool. Spirit managed to constantly keep the upper hand and closed the game with 42/8 kills. A huge contribution to this deadly spree was carry player Ilya 'Yatoro' Mulyarchuk who finished with a kill score of 14/1/13 on his Ursa.

Spirit are currently emerging as one of the biggest threats in the Eastern European region. The former Yellow Submarine members also dominated the DPC21: S2 - EEU Upper Division and ended on second place with a 6-1 score. There, they only lost a series against Virtus.pro – the overall leaders of the League. With their strong performance, Spirit will start in the Group Stage of the upcoming WePlay AniMajor. The Wild Card of the Major kicks off on Wednesday, 2 June.