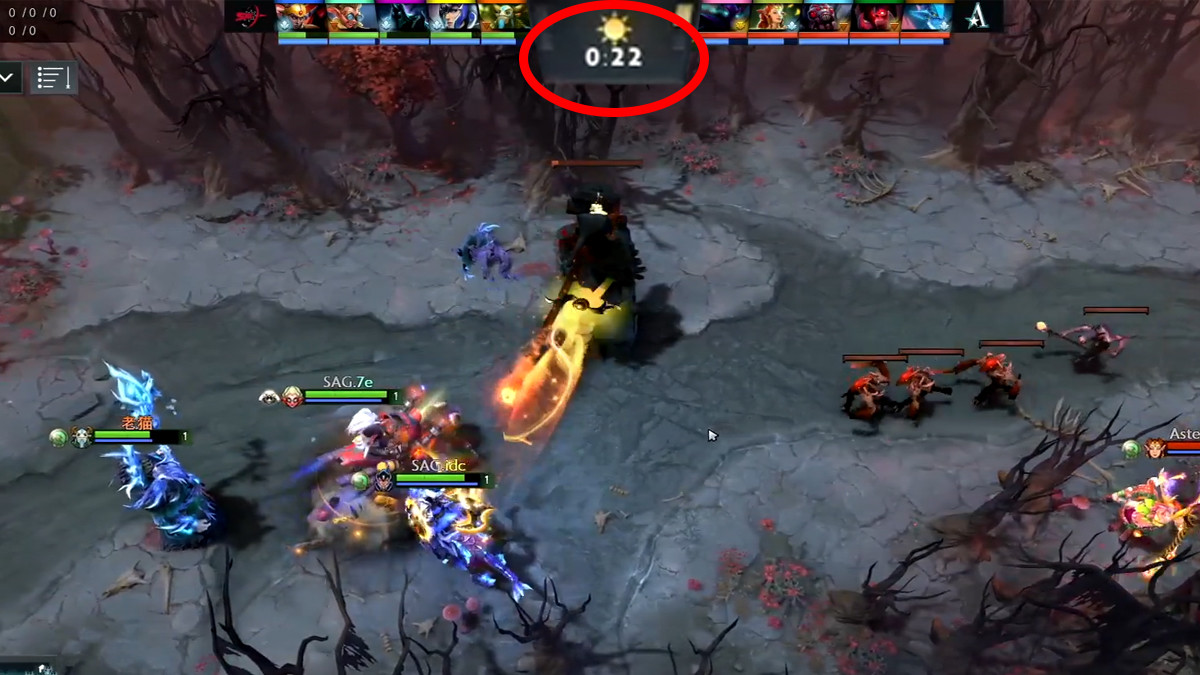 posted by NanaKrustofski,
The fastest tower rush ever in professional Dota: Sparking Arrow Gaming pull off one of the cheesiest plays on the DPC stage. However, they lost just as quickly as they took down the first building. Sparking Arrow Gaming tried one of the cheesiest strategies possible in their series against Team Aster this Tuesday. The team followed a tactic from Reddit and took down the opponent's safelane tower right at the start of the game, even before the first minute was over. This cheeky play was not attempted in a meaningless scrim, but in an official match of the DPC21: S2 - CN Upper Division.

The team rushed straight towards the top tower and used the Treants from Nature's Prophet as a shield to tank the tower damage. Since TP scrolls start with a cooldown in the current meta, Aster could not react immediately and had to watch their tower get destroyed at 0:25 in the game. According to statsman Noxville, this might be the fastest T1 tower in a Valve event since Source 2.

While SAG took down Aster's tower successfully, the team still lost the game after 13 minutes. Aster established a lead of 18:4 kills and nearly 11k networth advantage. Especially midlaner Liu 'White ` Album' Yuhao had the time of his life, finishing with a 9/0/2 killscore on Leshrac. SAG are currently on the last place of China's Upper Division with an overall score of 0-8. Aster on the other hand are the top team, reigning with 8-1.

The Chinese team is not the inventor of this iconic yet infamous strategy. A few days prior, the same trickery occurred in a match between Illegal and Pot of Wrath in the Amateur Dota 2 League. In this case, Illegal not only destroyed the tower but also managed to win the game later on. The mischief was then posted by the game's caster Odin on Reddit. Apparently, SAG enjoyed the play a lot.

We recommend following Odin on Twitch. In case Illegal inspired more teams to try out some unconventional plays, you might see them there first!