Ceb: Sumail is one of the kindest teammates I ever had | Position 6 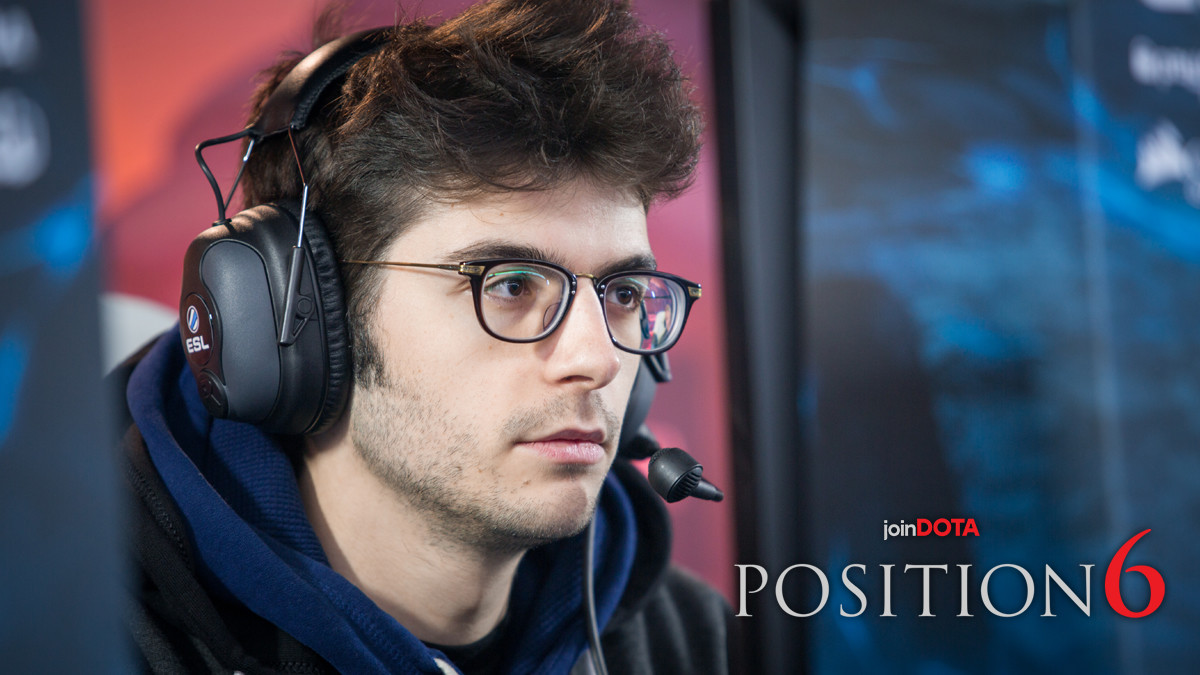 posted by NanaKrustofski,
For this week's Position 6 episode, Dan Offen invited two-time world champion Sebastien 'Ceb' Debs. The offlaner talked about how ana changed the team's atmosphere in OG, the potential of their former players, Saksa's qualities, how to improve and why he decided to come back to the competitive scene.

Ceb counts as one of the most successful players in the history of Dota 2, winning The International twice with his team OG. The 28-year old star player from France has been part of the competitive scene for 10 years, including a period where he coached OG. In January 2020, he took some time off and went inactive, but eventually returned in July the same year.

100% commitment to every player

The return of OG's legend Anathan 'ana' Pham naturally was addressed first in the episode. Ceb states that while he understands that from an outside perspective it can look like there have always been plans to bring back ana, the reality looks different. He explains that the organisation did not talk to ana prior about his comeback and always 100% commits on every player, including their former members such as Yeik Nai 'MidOne' Zheng, Igor 'ILTW' Filatov or Sumail 'SumaiL' Syed Hassan.

Speaking of Sumail, Ceb also talks about the player's potential with OG. While no one will ever know how the line-up would have performed if the pandemic did not prevent them from competing together, he highlights the qualities of the North American player:

I had my own ideas about him (Sumail), also his public persona and stuff. (...) But he is one of the kindest teammates I have ever had. The most respectful, humble (...) he's a great asset to any team.

They key to improvement

As OG's former support player Jesse 'JerAx' Vainikka retired in 2020, the team had to fill this gap. The Macedonian Martin 'Saksa' Sazdov took over the position 4 spot, and Ceb is quite happy with his performance and speaks highly of the 25-year old.

Ceb states that Saksa is very thought through and collected, which makes him extremely stable and reliable. He is not tunnel-visioning something in-game, which is something other players can struggle with. Ceb further explains that Saksa is very open-minded, therefore having the right balance between his own ideas and confidence and listening to others. To him, this aspect is the key to improving:

If I had to highlight one asset that a professional player needs, is would be this one.

OG is a LAN team that needs the excitement

To the surprise of many fans, OG failed to qualify for the ONE Esports Singapore Major 2021. When Dan asked if OG struggles to find the same motivation for online games, Ceb agrees. He describes how OG is a LAN team that needs the fire and energy from this environment. There has not been a LAN before the Singapore Major for over a year, and the offlaner did not even compete with his team-mate Saksa on a stage yet.

Ceb expresses that before the important tournaments, they often realize when competing that their opponents are not out of their league and with that reassurance, they don't try as hard and won't beat them anymore. This issue is not something they are proud of, so the Frenchman. But he also knows that the mentality changes. Once they are in a TI match, he knows that each member will play the best game they played the entire year.

We will be a different team when the LAN comes. And when TI comes, we will be 10-20 times better.