Kyle: The job of a panellist is to tell stories, not predict the draft correctly| Position 6 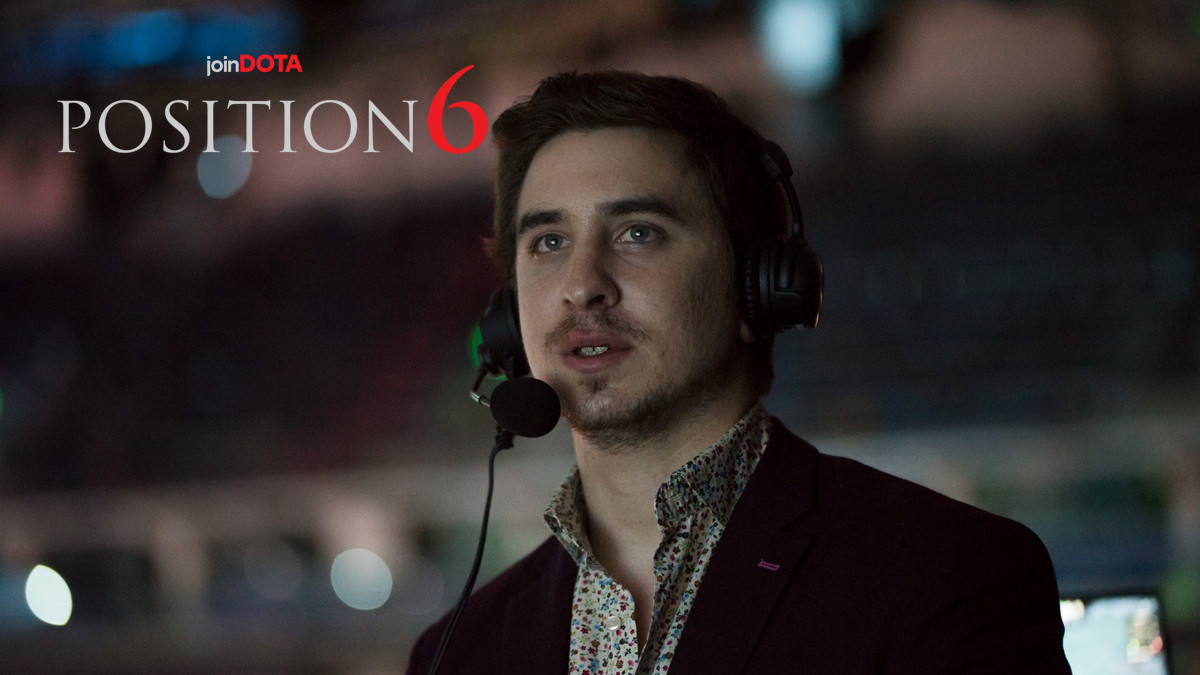 posted by NanaKrustofski,
For the 100th episode of our Position 6 podcast, our host Dan Offen invited ex-pro and panellist Kyle Freedman. They talk about Kyle's persona on-stream, what's important when working in a broadcast, taking criticism, being kicked from compLexity Gaming and his regrets when looking back at his competitive days. Listen to the full episode on Soundcloud!

Kyle is one of the broadcast members in the current DPC21: S2 - WEU Upper Division. The North American started his career in Heroes of Newerth, where he established himself as one of the most successful players by winning five consecutive LANs. He transitioned to Dota 2 in 2014, playing for the NA organisation compLexity Gaming. Ever since parting ways with them in 2018, Kyle has worked as an analyst and panellist.

The job of a panellist: let people have a good time

Dan asked Kyle about his persona on stream, as he moved from a pure analyst towards a more entertainment focused character. The 28-year-old explains that part of this was to further evolve, as he worked multiple events as an analyst early on. Therefore, there were only so many things to give game-related insights on, before a new patch changes the game again. For him, the job of a panellist is also more to create entertaining stories than to predict the draft correctly. He also states that a characterisation is important to stand out:

Let's say Jerax decides he wants to (...) work in the broadcast. If my only attribute is that I'm a Dota expert, then there is no scenario where you are not going to hire a two-time TI winner (...). So in a lot of ways, it is a survival mechanism

One part of Kyle's persona is his personal and non-sugar-coated take on events – a topic that is often fiercely discussed in the community. The panellist states that he never makes a point he considers to be a lie just to cause controversy. He only ever says things he actually believes, but dresses up his statements for entertainment. For him, his job is to let people have a good time.

Nobody is interested in "Well they might win, but I think it will come down to who's the better team today". You can get a guy off the street to say the same thing.

Looking back at his time as a pro player

He also talked about a period after playing for coL where he was basically homeless. Kyle used the time to work for different events all across the world and jump between tournament locations, living with friends or in cheap Airbnbs. For him, it was quite enjoyable to travel and actually visit different countries. While he went to over 40 LAN events as a player, he explains that they usually never see anything from the nations they play in, except for the airport and the hotel room.

When looking back at his pro-player career, Kyle regrets that he tied his results too much to his self-esteem and happiness. Stressing yourself over a loss can lead to too much stress and anxiety, which ultimately leads to poor performance again. He explains that OG manage this mentality quite well:

When you look at teams like OG and their success (...). Win or lose, they are going to be the most ok. That's what actually gives you the ability to be the best, when your entire life isn't tied into the outcome.