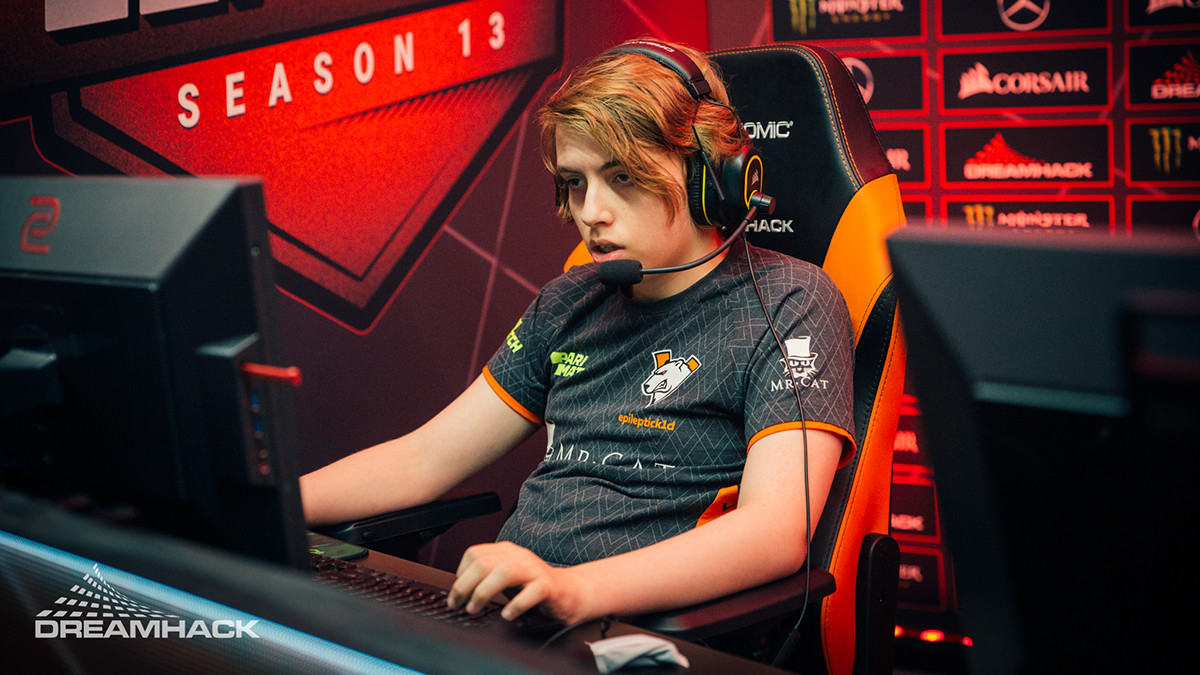 posted by NanaKrustofski,
Virtus.pro carry player Egor 'Nightfall' Grigorenko is currently not able to practice with his team for the upcoming Major due to health issues. VP added a precautionary stand-in. Carry player Egor 'Nightfall' Grigorenko, formerly known as epileptick1d, might not be able to attend the upcoming ONE Esports Singapore Major 2021 due to health issues. CIS organisation Virtus.pro posted the announcement in a statement on social media this Thursday, 18 March.

The 18-year-old experienced health issues several days ago. The entire team was immediately tested for COVID-19, and all tests came back negative. Nonetheless, Nightfall is currently not able to practice with his team. Therefore, VP added Igor 'ILTW' Filatov as a precautionary stand-in. The Singapore Major starts on 27 March, giving the players about one more week before their flight.

The current VP roster joined the main squad in November 2020 and has performed incredibly ever since. In the DPC21: S1 - CIS Upper Division, the Qualifier League for the Singapore Major, the squad dominated the region with a final 14-1 score. The only map they lost was against Team Spirit, meaning they won every single other match.

11k player Nightfall was an important factor in the team's success. In the total of 15 matches they played, Nightfall finished 9 of them with zero deaths.

Stand-in iLTW is currently not part of an official roster and plays his last professional match as a stand-in for OG in the OGA Dota PIT Season 4: EU/CIS. The 21-year-old Russian player is already familiar with VP, as he has already been a stand-in and later became a permanent member in 2020.