10 differences between Dota 2 and other MOBAs with YodiBrodi 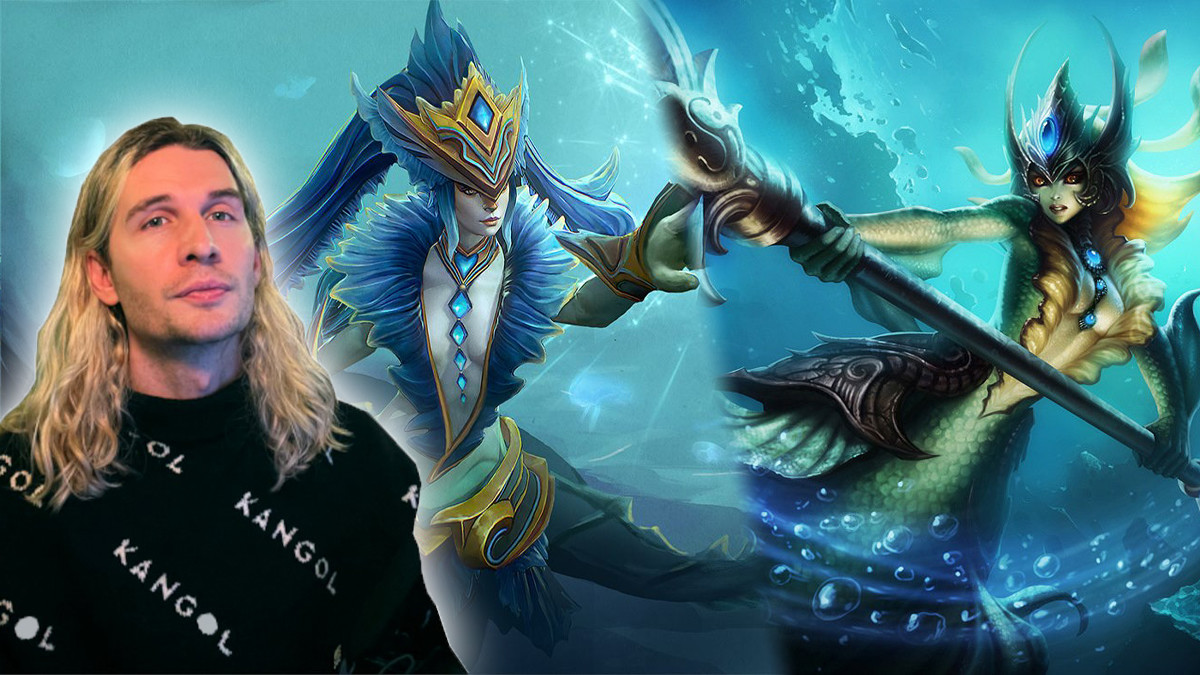 posted by NanaKrustofski,
Killing your own team-mates, cutting trees to escape and spending money to buy back if you're dead? Yep, you can do all of that in Dota 2! Here are some of the most important differences between Dota 2 and other MOBAs for those who want to take a sneak peek into defending the Ancient and following the professional scene. Hello there, stranger! I heard you are new to the world of Dota 2? Welcome, welcome, it's nice to see more people getting ready to defend their Ancient in a never-ending battle between Radiant and Dire! You might be an experienced MOBA veteran who fought in League of Legends or Heroes of the Storm, but in Dota 2, some things are a bit different and might confuse you when jumping into your first game.

We collected some of the differences between Dota 2 and other MOBAs, together with content creator and YouTuber YodiBrodi. That means no more surprising elements for you – or, at least, a few less!

Leveling up your skills in the right order and picking the best items for your hero from a collection of over 200 options is crucial, but insanely overwhelming and complicated. This is where hero guides come to play, as they tell you what steps to follow next.

In most MOBAs you get the starting/default suggested build or you can create one yourself. Dota goes one step further and includes a feature where you can select updated guides made by players for players. As you can utilize a hero for several roles, there are also guides tailored to the different positions. These guides can be upvoted and downvoted so you can find and select the perfect manual that have already been battle tested.

This is probably the most controversial topic when it comes to the differences between MOBAs. You can not only last hit opponents and neutral creatures, but also your own creeps and even team-mates. If you last-hit your creep and kill it, you deny it. This means that your opponent does not get the last hit and therefore no gold and less experience. You can also deny your buildings which grants the enemy less gold. And if one of your team-mates is affected by specific damage-over-time spells, you can kill that player and therefore deny them yourself.

Being able to attack your own creeps seems like a bad thing in principal, but in practice it just works. Adding this dynamic just creates more depth to laning and a larger skill cap. It is just another aspect that's essential to master in Dota.


3. All heroes are available for free

There are MOBAs that allow you to play some characters for free while others require money or in-game currency to be unlocked. This can be very limiting for players who don't really invest money in the game. Dota allows you to have all the heroes from the beginning on with the use of a console command (dota_new_player 0).

Originally, every hero was available by default until Valve changed the selection to 20 heroes for new players. After completing 25 games, all 120 heroes are available. The cap was introduced as some characters are extremely complicated to navigate. You can easily circumvent the restriction by entering the console command mentioned above.

Fog of war exists in bushes or based on distance in most MOBAs. In Dota it's all about line of sight, including whether you are on a level above your opponent or not. Newer players love to learn that you can cut trees in Dota, but they don't necessarily care about what the benefits are. Although tree cutting may be fun, it can actually be extremely beneficial to help escape a bad situation by cutting yourself a new path out of the line of sight of another player.

In most MOBAs the characters are able to turn and move instantly without any pause or delay. Dota uses a mechanic that controls the speed at which a unit can turn before moving. You are not immediately attacking an opponent behind you, your hero first needs to physically turn around in order to start the attack. This means that you really need to consider whether that extra attack or step forward will be your last.

Usually, a MOBA features a store at the base and no way to get your items unless you die and respawn or get back to your base in a different way. Dota however gives you your own personal courier to ship (or ferry) out items to yourself. Each player has their own little donkey and once you hit level four, your courier gets a nice set of wings so it can fly.

Being able to continue to be out on the map while the courier automatically delivers items is a huge boost to your overall potential you can have as a hero. You can also control the donkey or send it to the Secret Shop. But be careful: couriers can be killed which grants the opponents gold. Your donkey will respawn after some time again.

Some MOBAs allow you to propose a forfeit and with enough votes, the game will end. Dota has shown us time and time again that the game isn't over until the Ancient falls. A game that seems hopeless may just feel that way because the other team is on a roll. Instead of using your energy flaming your team, find ways to help create a winning scenario for you all. Don't give up!

Another special mechanic that can help in these cases is the buyback feature. Once you're dead, you have the possibility to buyback, meaning you spend a certain amount of gold and return to the game immediately. The costs for the buyback increase with your level and it also comes with a cooldown, so use your ticket for a quick respawn wisely.

Dota also comes with a different teleportation mechanic. In League of Legends for example, you can choose teleport as a summoner spell and use it every few minutes. In Dota 2, you can teleport to an array of locations on the map by using buyable items. With normal Town Portal Scrolls (TP's), you can choose any of your own buildings on the map. After buying Boots of Travel, you can also select your allied creeps and heroes and teleport to them, no matter where they are located.

This means you need to make sure you ALWAYS have at least one TP scroll in your inventory for emergencies. If you're a support player and your midlane gets ganked – just teleport there! Teams are able to instantly defend objectives as a full team if they choose to make pushing objectives a great way to create space in other areas of the map.

In most MOBAs the gold that you have acquired is yours no matter what happens to you. In Dota 2 however, there is a little more depth to it. Even though your gold is only shown as one number in the UI, it actually is the combination of your reliable gold and your unreliable gold.

Depending on the patch, the definition of what is reliable and unreliable gold may change. In general, passive income and Bounty Runes count as reliable gold, other sources are unreliable. If you get killed, you only lose money from your unrealiable gold pot.

10. The International and its insane prize pool

Most MOBAs have incredible championship tournaments but Dota's "The International" brings the most cash to the table. The tournament continues to raise more money each year through seasonal content released for the players, even topping $40 million in 2020. Part of the money fans are investing into the annual Battle Pass gets added to the prize pool of TI.

Each The International is one of a kind full of drama, excitement and tears. There is nothing like it and it has been known from many people as Valve's sole marketing tool for new players up until they announced the anime. All tournaments throughout the year lead to this one special moment when the best of the best battle for the Aegis of Champions and an insane prize pool.

What other differences did you notice between Dota and other MOBAs?