These players are missing the DPC 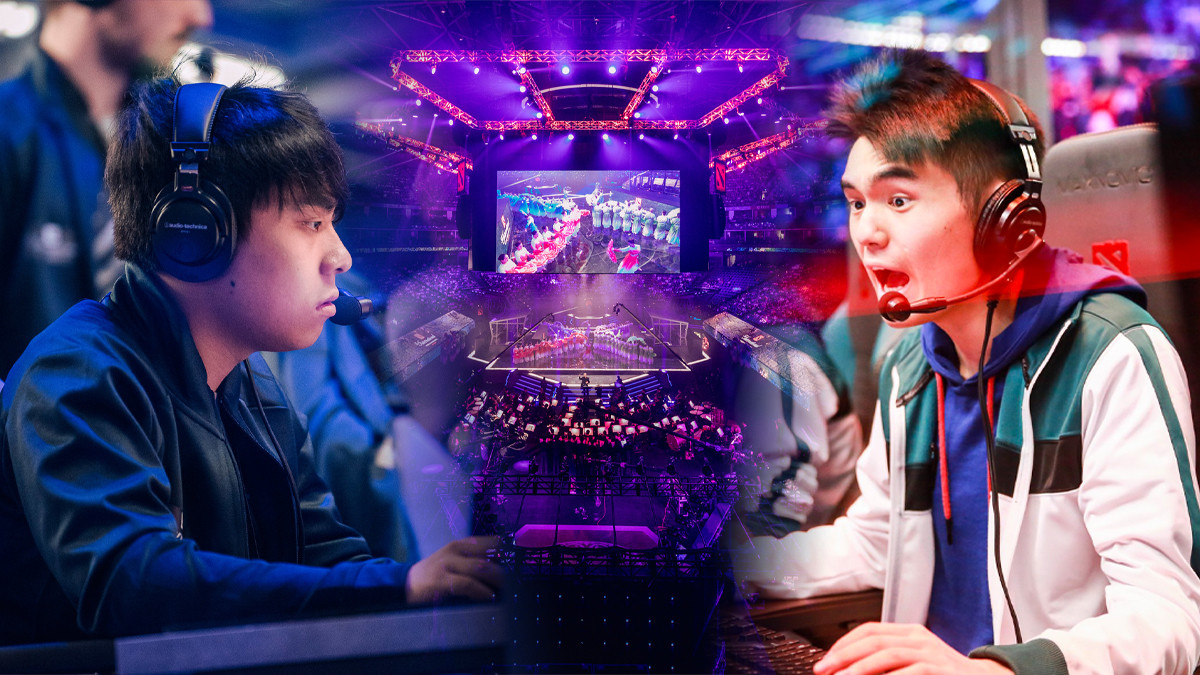 posted by NanaKrustofski,
Two seasons means two opportunities to prove skill and make it to The International. But some famous players are not playing in the current leagues at all or compete in the Lower Division with no DPC points to earn. Here are some of the star players that will miss valuable points in the first half of the competitive year. All Dota tournaments are important and exciting, but the DPC is the pinnacle. The road to The International is tough, separates the good from the best, crowns champions, creates legends and shows some of the best matches that are out there.

Two seasons to make it to TI

Due to the pandemic, the 2021 DPC was forced to take a different route than planned. The competitive Dota year is now split into two seasons, each consisting of regional leagues that peak in a Major.

This means that if you didn't perform well in the first season, you need to go full force in the second season so you still have a chance to make it to TI.

Considering the only way somebody not currently playing in a DPC division can make TI is by joining a Division 1 team for the 2nd DPC League, and the number of high profile free agents, I expect we're going to get a pretty significantly shuffle after the major.

No DPC points for these giants

Every region has their own superstars that are always promising candidates to snatch the crown at TI or have a stellar track record in their competitive history. But some of these well-known players are currently not playing in the DPC at all, or are in the Lower Division, missing crucial DPC points. We compiled a list of some of the big players who need to really excel in the second season to grab their golden ticket to TI. The list is not complete, so feel free to tell us in the comments who you would add to it.

23savage: The 18-year-old Nuengnara '23savage' Teeramahanon from Thailand was originally supposed to play for the Chinese organisation Vici Gaming. However, travel restrictions prevented him from playing any games with Vici and he had to be released again, leaving him teamless. He was recently announced as stand-in for HOYO in the DPC21: S1 - SEA Lower Division. This means that he can't collect any DPC points this season and as HOYO are currently in 7/8 place, a promotion to the Upper League seems unlikely.

UPDATE: On February 15, BOOM Esports announced 23savage as their new stand-in player, meaning he will now play in the SEA Upper Division.

Sumail: The King of Mid and TI5 champions always counts as a tournament favourite. But the 21-year-old is a free agent ever since leaving OG in July 2020. While he competed with the free stack Just-_-Error for some time, he is no longer participating in the DPC at all.

RAMZES: Roman 'RAMZEs' Kushnarev combines the storylines of the two pros above. He was supposed to compete with Evil Geniuses but eventually had to leave the organisation due to regional differences. The Russian player then joined Sumail in Just-_-Error and currently is a free agent, not playing in the DPC.

Sccc: Chinese carry Song 'Sccc' Chun was part of the legendary Newbee roster that made it to second place at TI7. His run to finally reach the Aegis had a difficult start this year, as he is not playing in the DPC at all. He last played for EHOME at the beginning of January.

Former Newbee team: Speaking of Newbee, we won't see the organisation and their former members at TI either. The team was found match-fixing, which resulted in an indefinite ban from most event organisers, including Valve. The players that are affected from the ban are Moogy, Aq, Wizard, Waixi and Faith.

ana: Australian double-TI champion Anathan 'ana' Pham has a tradition of vanishing from the scene to then return for TI and casually crush his opponents. He has been inactive since January 2020, has casually climbed the leaderboards in Valorant in the meantime and we still don't know if he wants to return for TI again or not.

Dendi: The first ever TI champion and one of the best-known and beloved faces in Dota 2 is currently struggling to find success. Danil 'Dendi' Ishutin's team B8 is participating in the DPC21: S1 - CIS Lower Division in last place, far away from DPC points.

Team SMG: In SEA, a promising line-up tried their chance at the DPC qualifiers but didn't come through. Team SMG consisted of Chai 'Mushi' Yee Fung, Chong Xin 'Ohaiyo' Khoo, Soon Chuan 'ah fu' Tue, Cheng 'vtFaded' Jia Hao and Michael 'ninjaboogie' Ross. All of them are big names, but none of them play in the first DPC season.

9pasha: A few years ago, Virtus.pro was a nearly unstoppable force and was always regarded as one of the tournament favourites – until the players went their separate ways. Pavel '9pasha' Khvastunov was one of them. He lastly played for Natus Vincere but went inactive in September, therefore not playing in the DPC.

As we are now halfway through, and all the teams only have 3 or 4 matches left, we usher in the "standin" part of the season!

Hope the original players are able to get back in action soon!

What other players do you miss seeing in the DPC?