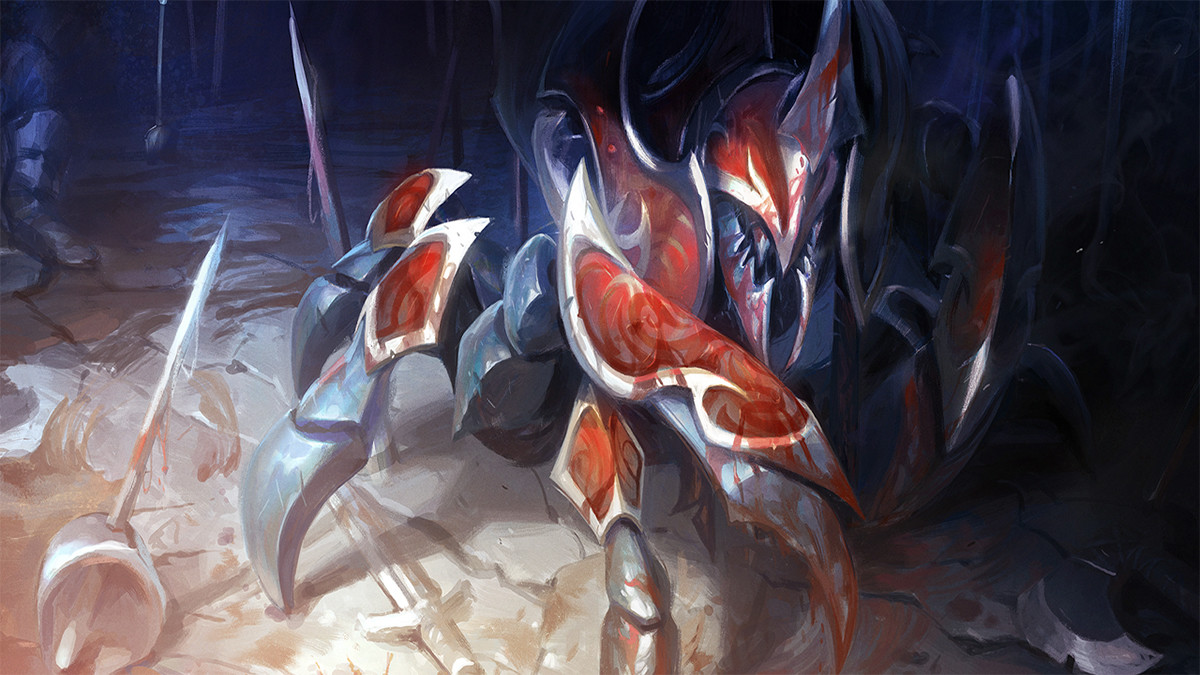 posted by Liightsdota,
Competitive Dota has finally returned from a hiatus this week with the Dota Pro Circuit starting in earnest across all regions. With a packed schedule, there are now quality games available to watch and learn from every day of the week. Today, we’ll look into which heroes have been finding success across the whole DPC, as well as highlighting some newcomer heroes that are performing particularly well when previously they weren’t being played at all.

Nyx Assassin has been running rampant across multiple regions of the DPC and has suddenly risen to be the most picked hero in pro level pubs across the globe. With an extremely solid 53% winrate, this hero is in an excellent spot to dominate since the release of 7.28. The buffs to many aspects of this hero in the initial 7.28 patch made Nyx Assassin too strong, letting him reach the record for highest winrate hero when building their Aghanim’s Shard. The damage buffs to his Vendetta compound with the -20% magic resistance provided with his Shard, creating an incredibly threatening 4 position hero with unreal amounts of burst damage. The mobility increase to his ultimate, as well as a cast time improvement for his notoriously tricky stun, allow Nyx to more easily catch out opponents all over the map. With many popular heroes in the metagame using area damage spells, you can land stuns on opponents trying to nuke down creepwaves, in order to set up for your damage combo. Overall, this hero is fantastic right now, allowing you to reliably first pick it and have successful impact in virtually any pub situation.

In the DPC, this hero is prized for its ability to setup kills onto opposing cores with minimal assistance. Nyx’s massive catch and burst damage mean that he usually only needs a few more autoattacks from a teammate in order to secure a kill. This allows him to play aggressively across the whole map, successfully finding kills in combination with virtually any “+1” additional hero which is able to join. Nyx additionally performs extremely well with Meteor Hammer which is in a great spot right now for heroes who have a reliable way of setting up the active. The hero isn’t locked into that particular build however, and has the luxury of itemizing completely differently for whatever the particular game situation requires.

Outworld Destroyer has come flying right back into the metagame following his big rework in patch 7.28. After that rework to the hero, which removed the area damage component of Astral Imprisonment, Outworld Devourer’s farming capabilities were drastically reduced. As a result the hero’s winrate plummeted to an abysmal sub 40%, which made OD one of the least effective heroes in all of Dota 2. Consequently, IceFrog saw how poorly the new iteration of OD was performing and decided to buff pretty much every aspect of the hero. Seriously, the 7.28b patch released to tweak the outcomes of the 7.28a patch included 11 consecutive lines of OD buffs, without a single nerf being included.

As a result, players have been exploring OD’s potential in roles outside of the middle lane, where the loss to his farming speed won’t have such a big impact. Players have been finding the most success with the hero as a position 3 or 4 now, where they can put lots of harassment out onto the opponent’s carry during the laning stage. With the reworked Arcane Orb now costing a percentage of OD’s current mana, the hero is always able to continue poking with this spell regardless of manapool issues. In order to help alleviate some of the hero’s farming problems, most players have been building Meteor Hammer to kill creepwaves as well as comboing excellently with Astral Imprisonment. This new style of playing the hero is so effective that Outworld Destroyer is banned in most DPC games across every region.

On top of those two new hero additions rising to the top of the pro circuit, there are a number of other staple heroes for this metagame that weren’t seeing much play prior to all of the changes introduced with patch 7.28.

Seen almost exclusively now as a position 1 carry hero, Riki continues to excel in games where there are lots of squishy casters for him to burst down in his smoke cloud. The hero performs excellently as a counter to other mobile heroes in the metagame thanks to the cloud but doesn’t like having to initiate onto tanky lineups with lots of stuns and silences of their own. With this latest build, Diffusal Blade is a thing of the past. Professional players have been forgoing that early powerspike in order to play for a later timing when using this hero as a carry. Instead, pros have been favouring a build that uses an early Battle Fury and Aghanim’s Scepter to deal truly ridiculous damage with Tricks of the Trade, as well as massively amplifying the hero’s farming speed. With all this mobility and damage, carry Riki has already become a staple of the DPC across multiple regions.

Puck comes jaunting back thanks to Witch’s Blade fitting perfectly

After spending some recent time out of the meta, Puck has enjoyed a massive resurgence since the arrival of patch 7.28. While the hero received lots of buffs with the release of that patch, the buffs alone aren’t enough to explain this hero’s sudden dominance across multiple regions of the DPC as well as pro level pubs. The real factor that pushed this hero over the top into “too good”, 55%+ winrate territory was the addition of Witch’s Blade. This new item fits Puck perfectly, providing the much needed additional damage to begin your midgame progression after purchasing your standard starting Null Talismans. The Witch's Blade filled a hole in Puck’s natural item build, where previously players sometimes lacked damage when coming out of the laning phase. The hero continues to dominate in skilled hands thanks to your ability to quickly rotate and become an oppressive force for opponents to chase all over the map.

There were many other heroes performing admirably in this first week of the DPC but this article focused on the most interesting developments before it got too lengthy. One thing the other effective heroes have in common is their ability to provide impact and play quickly right from the early laning phase. These heroes all provide significant laning kill potential along with a game plan for converting that successful lane into pressure on objectives. It will be extremely interesting to see which of these picks continue to excel in the coming weeks, and which will prove to be more of a flavour of the week.

Which hero have you been the most impressed with so far in the Dota Pro Circuit?