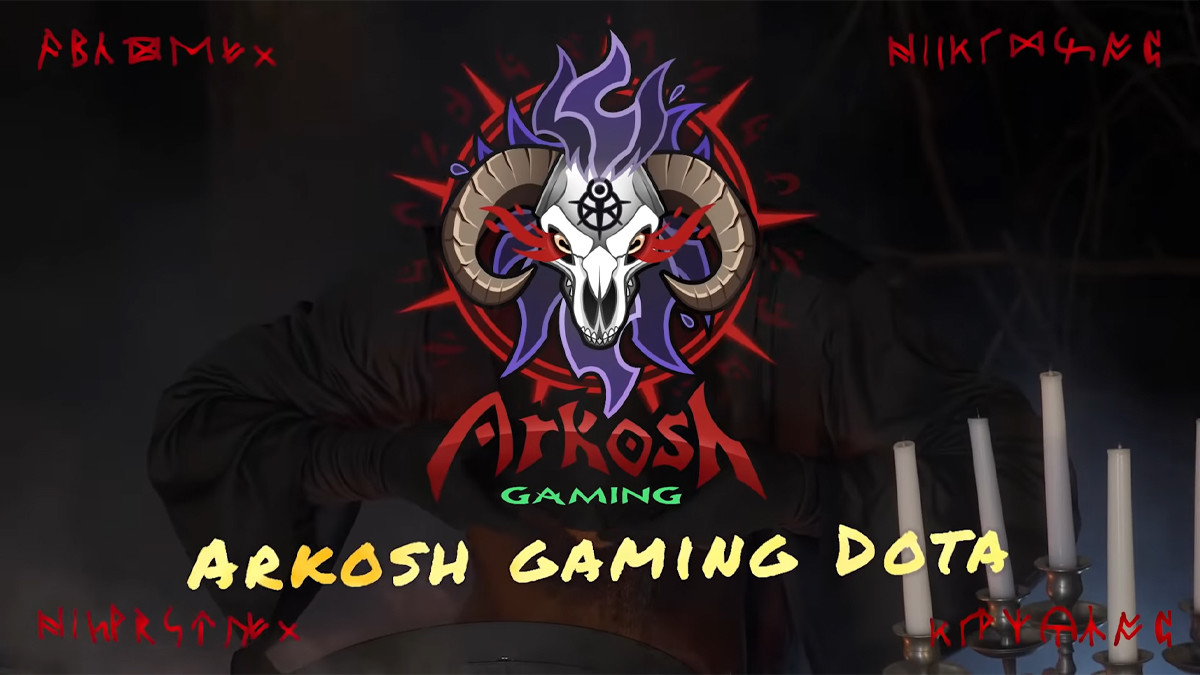 posted by NanaKrustofski,
The mysterious Arkosh Gaming received several complaints as their players are still anonymous. With no information on who is behind the accounts, competitors are not able to prepare strategies. Additionally, rumours of account sharing came up from various sides. 4 Zoomers carry Samuel 'Sammyboy' Anderson posted a TwitLonger about the topic, whereas Ray 'AlienManaBanana' Milici from Byzantine Raiders shared his thoughts on Reddit.

The Arkosh Issue and Solutions

Being a Pale Horse is not enough information

What started as a fun experiment now causes discontent among various professional players. Arkosh Gaming was announced by Jake 'SirActionSlacks' Kenner in October 2020 with some entertaining videos, portraying the team as demonic characters in costumes. The members have names such as Pale Horse, G.O.A.T. or Canus Vulpus. However, it is not known to the public who is behind these characters and who is actually playing their games.

After the team made it through the Open Qualifiers to the DPC21: S1 - NA Lower Division, this anonymity is what caused their competitors to voice issues. The first one was David 'Moonmeander' Tan who stated that Arkosh was smurfing which should not be allowed.

Slacks replied that the players will always be the same which can be verified by their IP addresses, and none of them were playing in the tournament for two different teams.

The discussion continued as this Friday, 22 January, AlianManaBanana posted a thread with his opinion and allegations on Reddit. He explained that since Arkosh is playing on new anonymous accounts, the other teams don't have any insight into their match history and playstyle. Therefore, it is not possible to prepare strategies and drafts in advance or ban any heroes.

He continued his thread by stating that Arkosh could easily switch players and allegedly did so in the past:
Between Open qualifier #2 and #3 Arkosh Gaming decided to change the player behind G.O.A.T (p5). [...] Here we see blatant account sharing they gave them drafting advantages, as well as rumours there mid, was replaced between qualifiers/games too.

David 'Godz' Parker, founder of Beyond The Summit who are hosting the North American DPC league, responded by clarifying that every team competing in the NA DPC Lower Division is aware of the identity of the Team Arkosh members. He further stated that they also have to compete with the same roster that qualified for the DPC in the open qualifier. Arkosh haven't broken any DPC or tournament rules according to Godz.

Slacks also responded to the thread, explaining that since this is a new project, they simply did not consider those implications in advance. He also said that all players became locked in after qualifying.

MEET THE TEAM: CANUS VULPUS premier TOMMORROW during the pre show of THE SACRIFICAL CUP. HERE IS A TEASER pic.twitter.com/twooEwOisx

Good intentions can still cause issues

Sammy also shared his opinions on Twitter this Friday, 21 January. While he states that the team won't swap players mid-tournament since they had to be in touch with Valve, he still sees issues with an anonymous roster.

He also points out the difficulty in preparing for matches against Arkosh. He further mentions that if the squad changes players after the DPC, then other teams could still not properly prepare because they will only know the match data of their previous members.

A possible part-solution for him would be that new players need new names, as apparently they kept the same anonymous name when having a different position 5 for the two qualifiers.

In conclusion, the situation is unique and new for everyone involved. Most parties seem to agree that Slacks did not have any ill intent and simply wanted to create interest in the struggling NA Dota 2 scene with a fun project. As he accidentally created an unfair advantage for his team which he did not anticipate, it is now a question of how this issue can be resolved.

Please give a SCOLDING HOT welcome to our official SUB for the DOTA PRO CIRCUT. PLEASE welcome Oiwa, THE SHADOW, and cheer her on for her first OFFICAL GAME next week! pic.twitter.com/MIMB1swUin

What do you think of the situation?