The BBC shares insight into N0tail's mansion and career 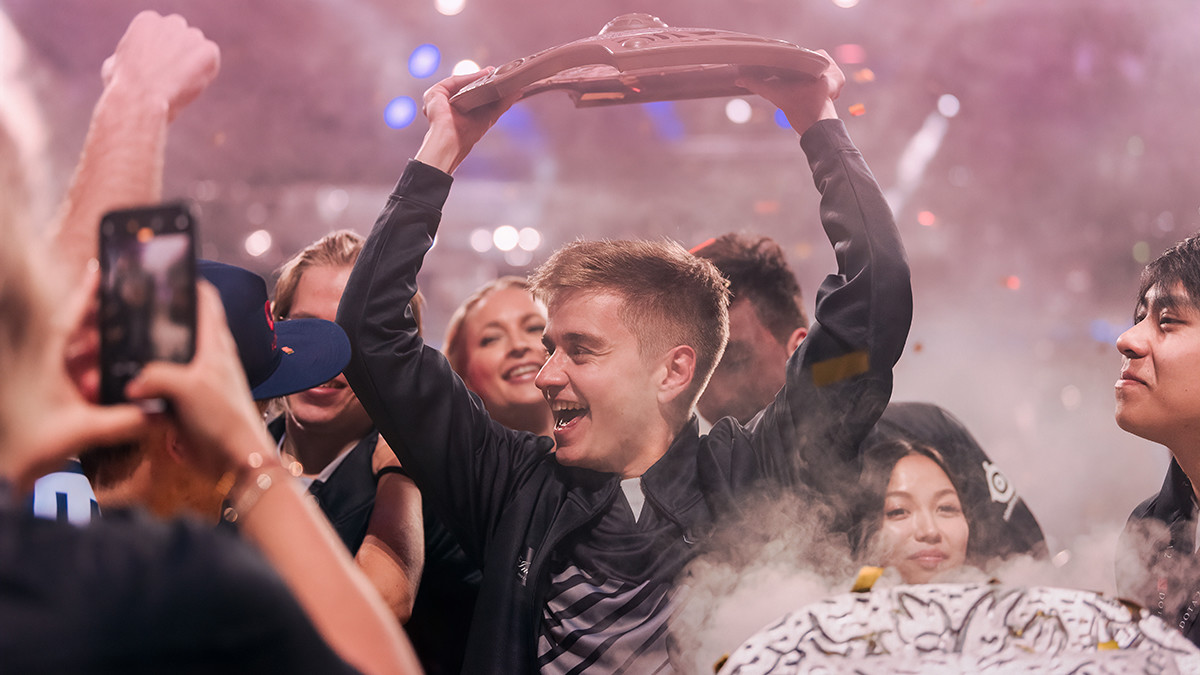 posted by NanaKrustofski,
How does the richest esports player in the world live? The BBC visited Johan 'BigDaddyN0tail' Sundstein in his new mansion and interviewed him about his life, career beginnings and the mental aspect of being a Dota 2 pro.
ADVERTISING:
"I may not be the best player in mechanical skill but damn, I know how to make this work." True words indeed, as the nearly $7 million of prize money in Johan 'BigDaddyN0tail' Sundstein's bank account proves.

The BBC news outlet shared a video titled "Inside the world's richest esports player's mansion" this Friday. The media team followed n0tail around his residence, chatted about his beginnings in gaming, interviewed his parents and shed a light on the mental impact of being a pro gamer.

You can find the entire video on the BBC's official homepage.

The richest player in the world

The world champion owns a 17-bedroom-mansion in Lisbon, Portugal. He plans on spending up to $1.8 million renovating and furnishing the place. As the BBC points out in their video, this should not be too difficult for the Dane as he is the player with the highest earnings in esports overall.

But what other players range among the richest people in esports? Well, the top is claimed by n0tails' team-mates. The second richest player is Jesse 'JerAx' Vainikka with $6,470,000, the third richest is Anathan 'ana' Pham, followed by Sebastien 'Ceb' Debs and Topias 'Topson' Taavitsainen.

After the OG squad, Dota players continue to dominate the list. 68 out of the top 100 richest players come from Dota 2. Naturally, the winners and runners-up of The International are among this ranking. Speaking of TI, the tournament also occupies the top five of the Largest Overall Prize Pools in all esports, ahead of the Fortnite World Cup 2019. 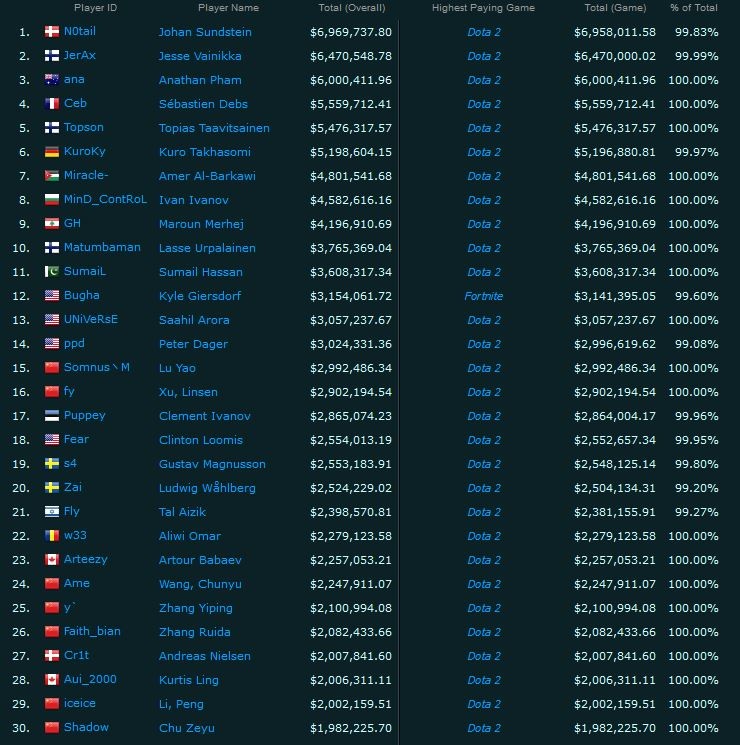 Bugha is the only non-Dota player among the top 30. Photo credit: Esportsearnings

The BBC visited n0tail in December when OG was competing in the EPIC League. During that time, Yeik Nai 'MidOne' Zheng and Martin 'Saksa' Sazdov were living in n0tail's mansion as well and competed from there.

The reporter then questioned the star player about his beginnings. The 27-year-old explained that as a teenager, he played up to 12 hours every day after school. On the weekends, he was even playing 20 hours if he could.

His parents started to worry, especially once he began struggling in school. However, his mother shares a story about the moment she realized her son would have a great future. Once when she went out to buy ice cream, a friend of n0tail hyped his skills in video games and explained to her that he was one of the best players in the world.

In 2015 during his Cloud9 times, a highlight video for TI5 also featured his parents. While they might have been disappointed at the beginning, they soon started to accept his decision and became huge supporters: "Because when he's that good, there will be a place for Johan."


The mental health issues in esports

n0tail also opened up to the BBC about the mental health issues that come with being a pro player. While many consider his job as "living the dream", the reality is quite straining. He reveals how he often has to deal with sadness, but also points out how his team can bring him back up again.

When we interviewed him in June 2020 and chatted about mental health, he explained how draining the schedule always was. Players didn't know where, when and how much they would be travelling in advance. But he hoped that with a league system, everyone can plan out their year a bit better. A few months into the online season, he stated that while he clearly misses LAN events, these have been the healthiest months for him so far.

As he is already 27 years old, n0tail has made plans on how to stay in gaming after retiring. He wants to help and coach other players in the future, a project he has already started with OG Seed. Unfortunately, OG's academy squad had to be shut down due to the lack of tournaments in the pandemic. But for the coming years, he will be competing on the main stage himself anyway.


Make sure to watch the BBC's video here