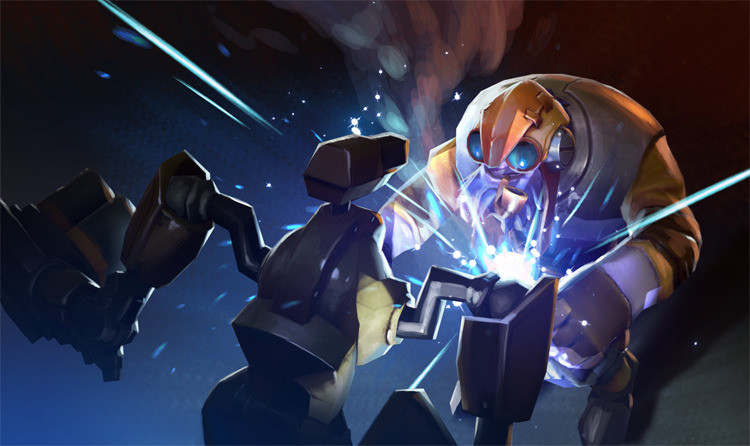 posted by Gareth,
Not the Blizzard game, but a system for qualified and experienced players to deem whether in-game reports are valid or not.
ADVERTISING:
The report system in Dota 2 has always been a contentious topic with seemingly no end to the debate. Whilst the automated systems for dealing with reports and bans have been the norm for years in Dota 2, it has come under fire from the community due to several factors. Firstly, Dota is a game with so many parameters it can be very difficult for the average player to discern a bad actor from someone having a bad day. Dota is a game with a huge number of choices and parameters, so separating poor decision making from griefing takes several calm and logical steps which can be difficult in the heat of battle. Secondly, automated systems are always going to have a degree of false positives or reports that slip through the net, resulting in actual bad behaviour going unpunished.

Got sent to low priority by steam employee in @DOTA2 in game. #dota2 https://t.co/CTBpt3PzJS

Valve do have another trick up their sleeve, though, recently reiterating the fact that they’ll be bringing the CS:GO style Overwatch system to Dota 2. The overwatch system utilised in CS:GO has been a reasonably successful tool in giving the community a visible and active role in the report and ban decision making process. This can help in several ways. The system now has an added layer of human interaction to help prove the reporter’s perceived intentional game ruining, communication abuse or cheating by removing the in-game emotional aspect from the report and only showing game footage and evidence. In addition to this, it brings an added burden on the person using the report in the first place. By adding further scrutiny from another human player, rather than an automated system (which could potentially be tricked with key phrases or mass reports on an account) there is now a burden on the reporter to consider the circumstances under which they are accusing another player.

In the CS:GO system, Overwatch ‘investigators’ as they’re called, are trusted players with accounts in good standing with their rank, report count and playtime taken into consideration, with an investigation score being handed out judged by how accurately they are able to discern bad actors or cheaters from situations that do not deserve punishments. So, you will have another MMR to take care of! The announcement of the Overwatch system for Dota 2 has been bundled in with the Dota Plus information, so this may be potentially another factor that Valve considers when choosing investigators.

As something that Dota has needed for a long time, both as a game and a community – we’re definitely super excited to see how Valve decides to implement the Overwatch system into Dota and how effective it will be in the battle against smurfs, bad actors and cheaters!