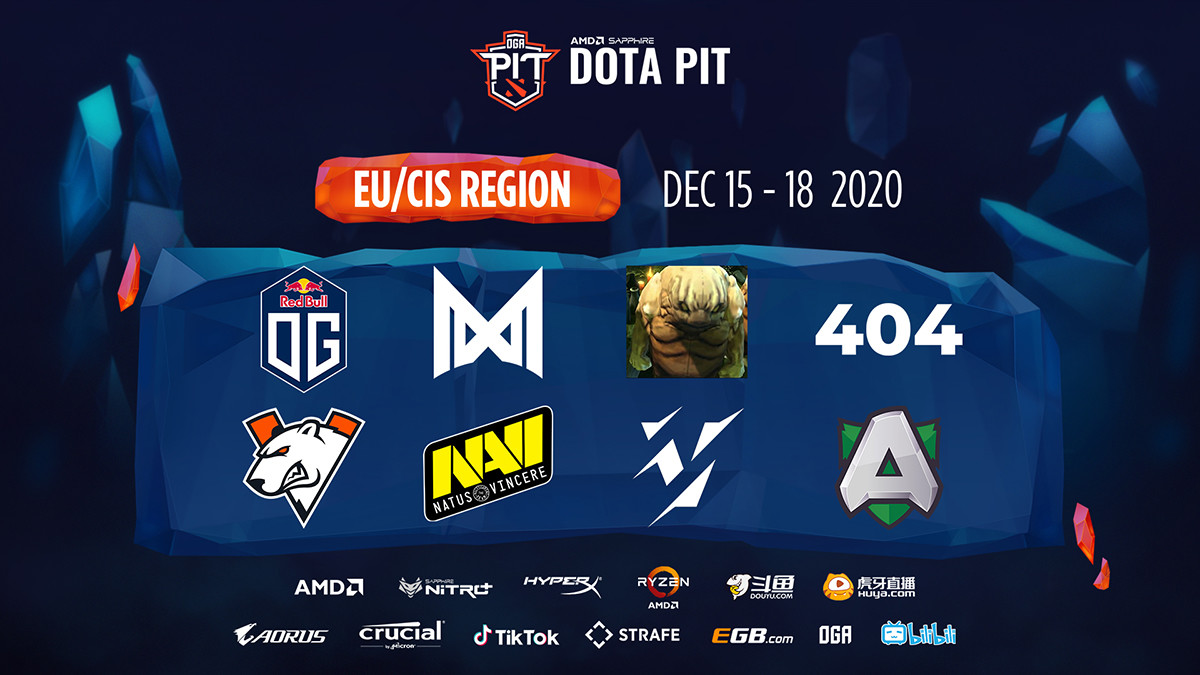 The tournament does not feature a group stage – the eight squads get directly seeded into the Upper Bracket. If a participant loses their series, the team gets kicked to the Lower Bracket. You can watch all matches on the official Twitchstream of Dota PIT.

Secret and Liquid take a break

Despite being an European and CIS tournament, reigning OGA Dota PIT champions Team Secret, as well as Team Liquid are not going to play in the event.

William 'Blitz' Lee, official coach of Liquid, explained in a Reddit comment that the players need to take a break:

We wanted to win a tournament before the end of the season, as a team we were super motivated to win ESL, and then after that it sorta all hit at once and we got tired. We had a lot of personal issues that sort of hit our team that they had been avoiding (actual personal issues not just random emo moments) we had signed up to play BTS and Epicenter beforehand and dropping out at the last second really f**ks the tournament organizers, we just practice a bit less to compensate for our burnout.

Chinese OGA Dota PIT about to kick off

Professional Dota tournaments throughout December are sparse. So far, there only is the EU/CIS Dota PIT, and the Chinese division of the event. The OGA Dota PIT Season 4: CN kicks off this Wednesday, 3 December and has its Grand Finals on 12 December.

The event also features eight teams and a $150,000 prize pool. However, it will be held in a double-elimination format with a group stage beforehand. All Chinese top teams are lined-up. Superstar squad Elephant were able to win the latest Chinese tournament, after establishing a networth lead world record. It will be interesting to see if the new team can hold their momentum.