Bulba: Ramzes had a lot of potential for EG | Position 6 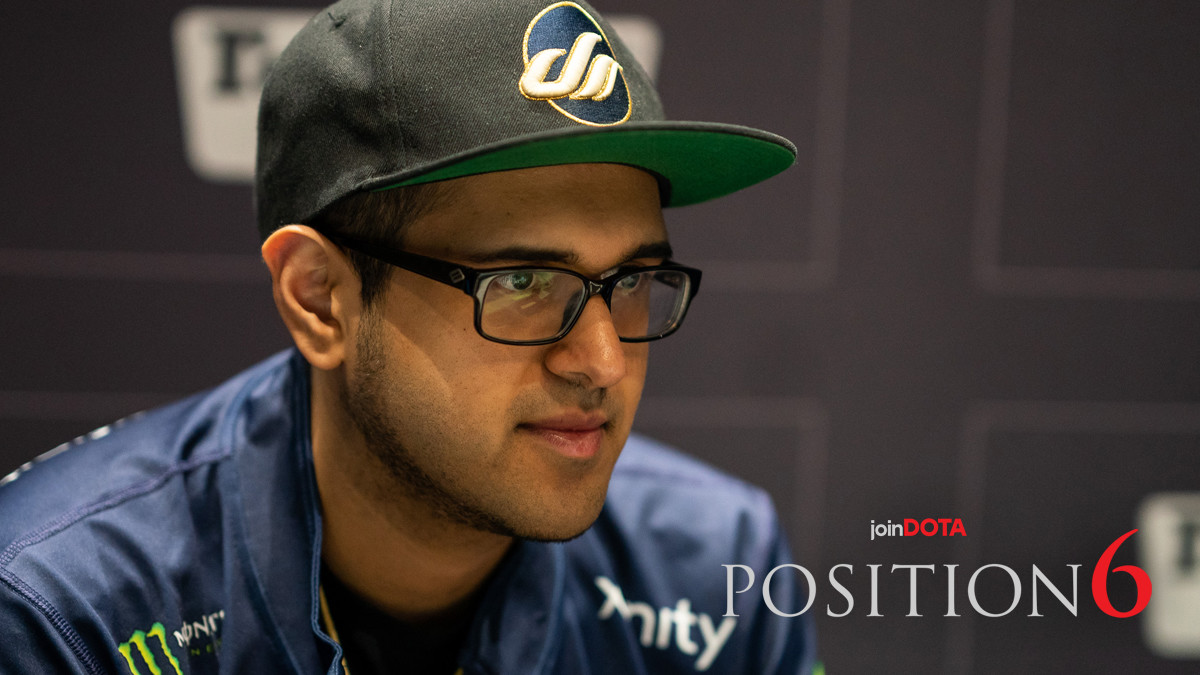 posted by Smyke,
This week's guest for Position 6 is Evil Geniuses coach, Sam 'Bulba' Sosale. Our host Dan Offen asked the former pro player about his career, becoming a coach, EG's recent change of offlaners and Bulba's return to competing as a stand-in in some of the past tournaments.
ADVERTISING:
29-year-old Sam 'Bulba' Sosale is one of the best known figures in North American Dota. He made himself a name as a player in various top teams, including Evil Geniuses, Team Liquid, Digital Chaos* or Team Secret.

As well as competing himself, Bulba has always been keen to help out others as a coach. During his beginnings in this profession, he was able to support EG on their path to becoming world champions at The International 2015. Bulba returned to EG as their official coach in 2017 where he has taught the players ever since.

Ramzes had a lot of potential with EG

EG recently switched their offlaners, as Roman 'RAMZEs' Kushnarev left the team and Daryl Koh 'iceiceice' Pei Xiang took over. Bulba thinks the previous roster with Ramzes was promising and showed a lot of potential, but unfortunately, the pandemic prevented the line-up from further competing together.

After EG lost at TI9, they were looking for a new offlaner that was quite energetic and would call the shots. Ramzes fitted their concept of an offlaner, as he is a quite confident player.

Knowing about Dota is one thing, but teaching it is something quite different. You might have ideas, but it is a lot easier to teach when you have examples, according to Bulba. Therefore, the coach studies a lot of replays, especially when coaching Evil Geniuses at The International 2015.

His favourite team in the history of Dota to watch was CDEC Gaming, with his favourite carry being Sun 'Agressif' Zheng. As he explained, he noticed some small movements and plays that were not necessarily new or ground-breaking, but benefitted the team in a specific situation. Bulba shared these small plays with his squad EG and Charlie Yang so impressed, he asked Bulba to become a full-time coach for EG after they won TI – which he declined, as back then, he didn't want to stop playing.


How health problems prevent him from playing

While Bulba is still keen on playing and practices a lot as coach as well, he unfortunately had to face a stroke of fate with his health. After severe back pain which required surgery, he now has to be careful with gaming too much, as he needs to take breaks and take care of his body. Bulba finally competed again this year, as he stood in for Ramzes in several tournaments – with great success. EG were able to win the ESL One Los Angeles 2020 Online and the BTS Pro Series - Americas #1

Unfortunately, his back problems returned for the second season of the BTS Pro Series – Americas. As he couldn't play, the team went with Kartik 'Kitrak' Rathi as a stand-in.