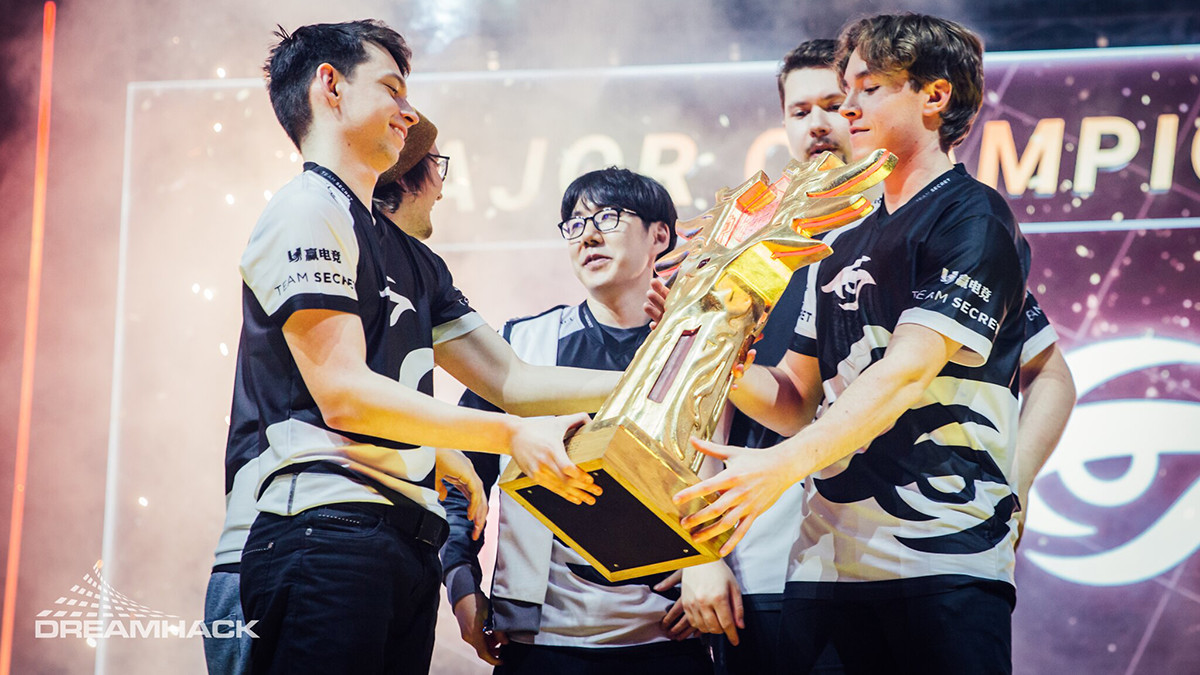 posted by NanaKrustofski,
Another 3-0 victory for Team Secret: the European powerhouse won in three categories in the Esport Awards 2020.
ADVERTISING:
Team Secret have been dominating the scene over the past months, scoring eight consecutive 3-0 Grand Finals victories. The organisation now received recognition for their performance, by winning in three categories of the Esports Awards 2020: Esports Coach of the Year, Esports PC Player of the Year and Esports Team of the Year.

The first award for Secret went to Soung-Gon 'Heen' Lee as Coach of the Year. Heen joined the Dota division in early November 2019, helping the players to achieve and maintain their top performance. Previously, he worked for TNC Predator and Team Liquid. Under his coaching, Liquid were able to win The International 2017.

The winner of the Esports Coach of the Year is @Heen1337 of @teamsecret after their incredibly dominant year in DOTA#EsportsAwards pic.twitter.com/WiItKYvrdJ

All of Secret's members count as some of the best players in the competitive scene, but it was Michał 'Nisha' Jankowski who won the award as best Esports PC Player of the Year. The 20-year-old midlaner from Poland joined Secret in September 2018. He previously played for lesser-known tier 2-3 teams only, but has skyrocketed since playing for Secret.

The winner of the Esports PC Player of the Year is @Nishadota of @Teamsecret#EsportsAwards pic.twitter.com/UM1ED2T6Wz

Another victory for Secret

Last but not least, the team itself received an award for Esports Team of the Year. While many esports fans who are not familiar with the Dota 2 scene were discussing this victory on social media, the Dota community seemed to approve of this victory. Secret claimed eight 3-0 Grand Finals victories in a row throughout the online season. Their winning streak was only broken in the recent ESL One Germany: 2020 by Team Liquid, so Secret finished in fourth place.

Secret is also nominated as Best Esports Team in another awards show: The Game Awards 2020. They are not the only ones representing Dota 2, as Jorien “Sheever” van der Heijden is nominated as Esports Host of the year. For more information and to vote, you can head over to the official homepage of the Game Awards.

What are the Esports Awards:

Since 2015, the Esports Awards have honoured the most important personalities in the esports scene in various categories. In 2020, luxury car manufacturer Lexus supported the award show.

The Esports Awards are split into five groups: Community, Industry, Creative, On Air Talent and Professional. Each group features several categories, such as Esports Team of the Year, Streamer of the Year, Esports Photographer of the Year or Esports Caster of the Year.

The process to determine the winners is split into five steps. First, the nominations are open for everyone to send in suggestions. Then, the finalists among all nominees get announced. The third stage is a public vote, followed by a panel vote. Finally, the winners are determined and announced in the award show.

A range of industry experts makes up the panel, including esports giants such as Eefje 'Sjokz' Depoortere and Richard Lewis. This year, the panel also featured a well-known face in the Dota scene with Kyle Freedman.