How the meta evolves in a stale metagame 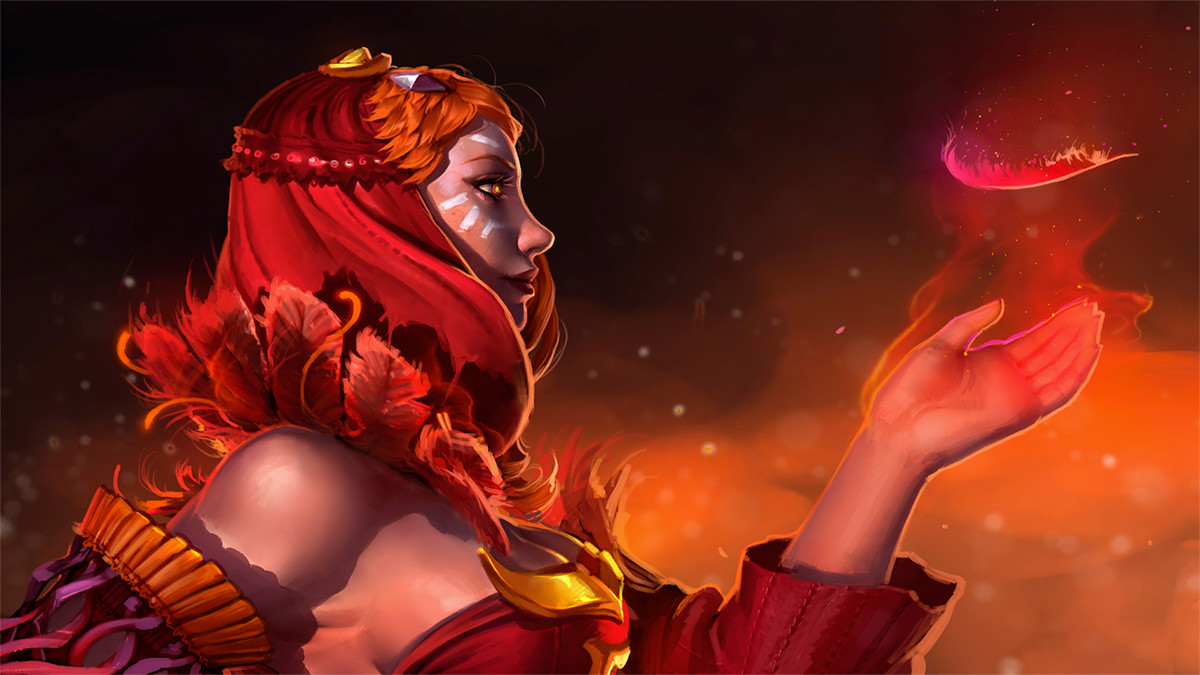 posted by Liightsdota,
The current patch circumstances are unique because there haven’t been any updates for over two months, which means that developments in the metagame are all driven by high-level player’s decisions and constantly shifting perceptions of what works the best at any given moment.
ADVERTISING:
High-level players adapt their playstyles to ever-evolving circumstances, and those choices dictate what changes get adopted into the metagame. The professionals who people look up to and imitate are innovators who have studied the meta most thoroughly. However, sometimes blindly following the pros without fully understanding the reasoning for a playstyle’s success can prevent achieving the full potential of the hero.

Phantom Assassin reaches her full damage potential when given Empower

The meta changing is a deliberate decision - some people perceive changes as “oh the meta changed and now Phantom Assassin is good again”. Instead, what actually happened was players at the highest level now have a different perception of PA, and decided that PA has a place in the metagame, so they started picking her. Other players noticed this trend, and it trickled down into other brackets until she found an established place in the meta.

Although it’s not always picked up on her, recent experimentation with her flashy Aghanim's (which resets her cooldowns every time she gets a kill) has brought her back into people’s minds. Another factor that has helped her find success is how fantastically she makes use of Magnus’ Empower buff. This is especially good in a patch where Magnus himself was already performing well in the current meta. This hero pairing allows Phantom Assassin to skip building Battle Fury entirely, allowing her to hit an earlier Desolator timing, while still retaining the ability to quickly farm stacks and cleave clustered opponents. Her development into one of the premier carries of the patch has been prompted by players finding ways to extract her maximum potential.

Ember Spirit had his win rate and popularity decline since the earlier days of this patch, as people have re-evaluated his effectiveness in a shifting metagame. Ember found himself struggling with the high physical damage of the patch and flounders when matched against Faceless Void and Phantom Assassin, some of the most popular carries at the moment. Phantom Assassin can quickly eviscerate Ember with her crits, totally ignoring the Flame Guard’s damage reduction, while Void's Chronosphere can provide the crucial catch needed to lock down an elusive Ember Spirit.

Heroes that are perceived to be unviable can turn out to be overpowered once people find the right circumstances for the hero to thrive. Inspiration and innovation of a new build for the current circumstances can drastically shift the win rates of niche heroes or builds.

There can be things in the game which rather than being bad, are only perceived to be so. The only thing that needs to change for something to move from unviable to viable, is the development of new styles, techniques, skills, and strategies that allow heroes to be played to their fullest potential, and taken advantage of in new unique ways.

One great example of this is when players recently started building Eul’s Scepter on Mars, who was struggling around in the mid 40% win rate area but has leapt to prominence finding consistent success with above 50% win rate. The versatility of the Eul’s build allows Mars to land stuns in many more situations because he’s now able to instantly set up opponents with the Tornado active. Eul’s also provides the hero with some much-needed mana regeneration as well as an increased mana pool to sustain successive rounds of Mars’ aggressive spells. Finally, the item also offers a second of survivability for when he’s deep in enemy lines, as well as being incredibly useful for purging debuffs that are sure to land on him at the center of the fight. The item build solved multiple issues for the hero and was enough to push him back to the forefront of people’s minds.

The switching of Snapfire from support to being played as a midlane core is another huge innovation that has happened recently. By utilizing her strong laning and farming spells to pressure the opponents’ tower, she can use that core level farm to purchase a quick Aghanim’s Scepter. This allows her to launch team-mates into the fray for fantastic surprise initiation. The hero wasn’t being played nearly as much, or as successfully when people were exclusively perceiving her as a support hero, for whom the Aghanim’s Scepter was always arriving too late into the game to be fully impactful.

Lina is also a fantastic example of this shift in Patch 7.27d. People figured out that her squishiness is a major vulnerability in the middle lane, but she has been functioning incredibly well as a Support. The hero syngerizes with lots of tanky frontlining offlaners who are running around the current metagame, allowing them to play as a guard and prevent opponents from initiating on Lina herself. She’s additionally well-situated thanks to her excellent attack speed due to Fiery Soul, which makes her an ideal pick against the Phoenix who is also super popular right now.

Leshrac has also erupted back to prominence, finding massive success as a terrifying midgame core out of the middle lane. Where Lina is too squishy to find much success in the middle lane, Leshrac favours a tankier build which allows him to brawl a bit closer to the center of fights. The buff to his Aghanim’s, causing the free Lightning Storm to hit much more frequently, initially went unnoticed because nobody was playing the hero at all. Once people got a chance to try out the new build, Leshrac suddenly began winning games because he was being played in a new way which brought out his full potential.

Innovation in the Dota metagame at the highest level is driven by very talented individuals innovating, rather than always being caused by patch changes.

So long as we’re in a metagame that isn’t being patched and changed externally, the next big meta innovation is going to be driven by people playing a hero in a new unique way, to get more out of the hero than people were previously.