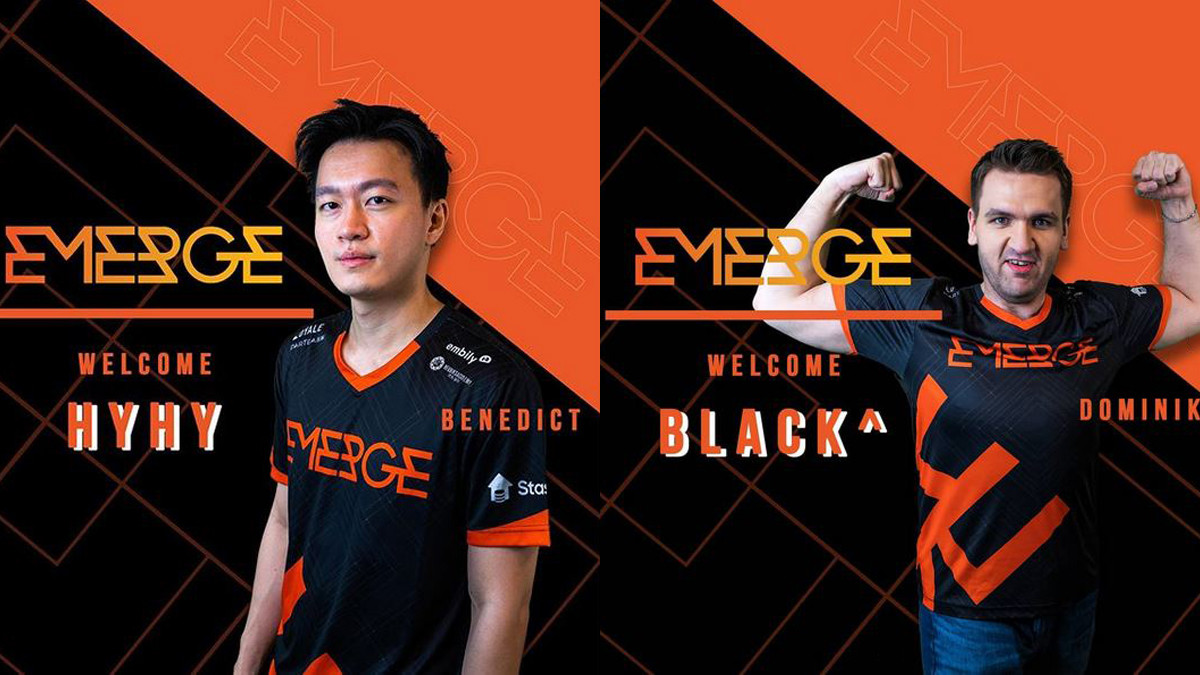 posted by Smyke,
Southeast Asian icon Benedict 'hyhy' L. H. Yong and German Dominik 'Black^' Reitmeier join a new esports agency.
ADVERTISING:
Dota legend and Free to Play star Benedict 'hyhy' L. H. Yong is back in the limelight – not as pro player in a current team, but as a talent in an upcoming project by Singaporean esports agency EMERGE Esports.

The talent management organisation launched on Monday, 16 November, and revealed their list of over 40 esports influencers. Among these personalities, there are two Dota 2 pros: hyhy and German player Dominik 'Black^' Reitmeier. 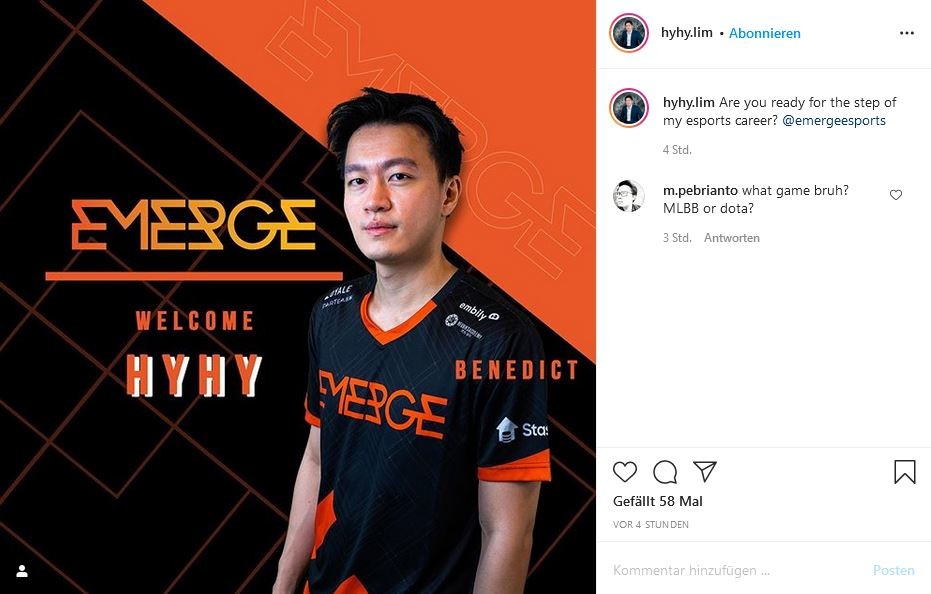 Apart from these two Dota players, EMERGE also listed a cosplayer, a Mobile Legends pro, various streamers and the rosters of Singaporean esports teams KINGSMEN as their talents.

There is no detailed information so far on what hyhy's and Black^'s role is going to be exactly. The official homepage of EMERGE lists them under the "Streamers" section, whereas the general mission of the company is stated as "to nurture, develop and support talents to become world renowned professional esports personalities." 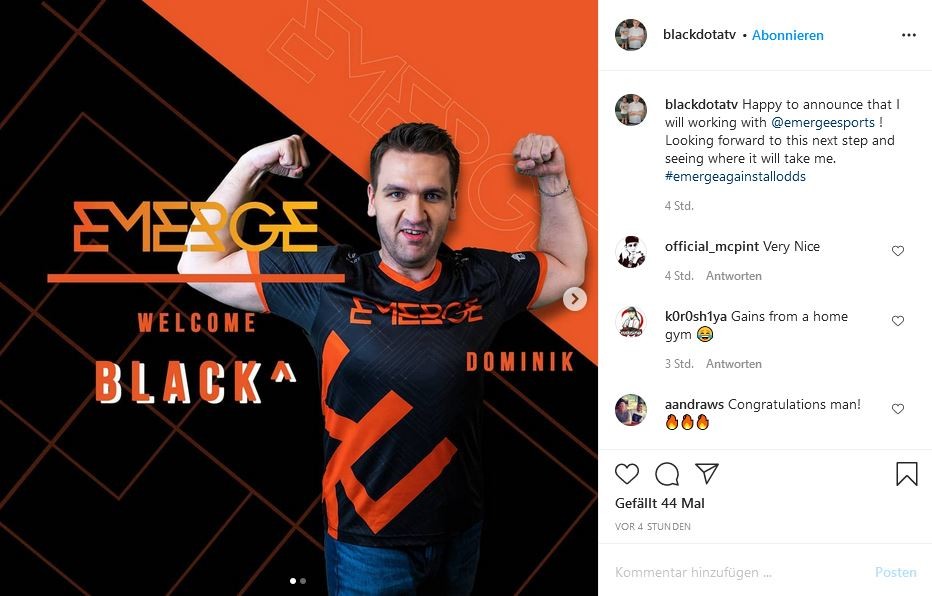 hyhy stopped competing in 2017, his last team being White Fries Gaming*. While he has been rather quiet on social media for the past years, he recently became active on Facebook again and also created an Instagram account. In 2019, hyhy made a short re-appearance in the scene following the announcement that he was working as Strategy Director at Infinitus E-sports, a project by Infinitus Tech.

Black^ on the other hand has played for several teams throughout the past years. In 2020, he joined T1 for a brief period and most recently was part of LGD International. Although the 27-year-old is originally from Germany, he currently resides in Singapore.