Dota year review: what happened in 2020? 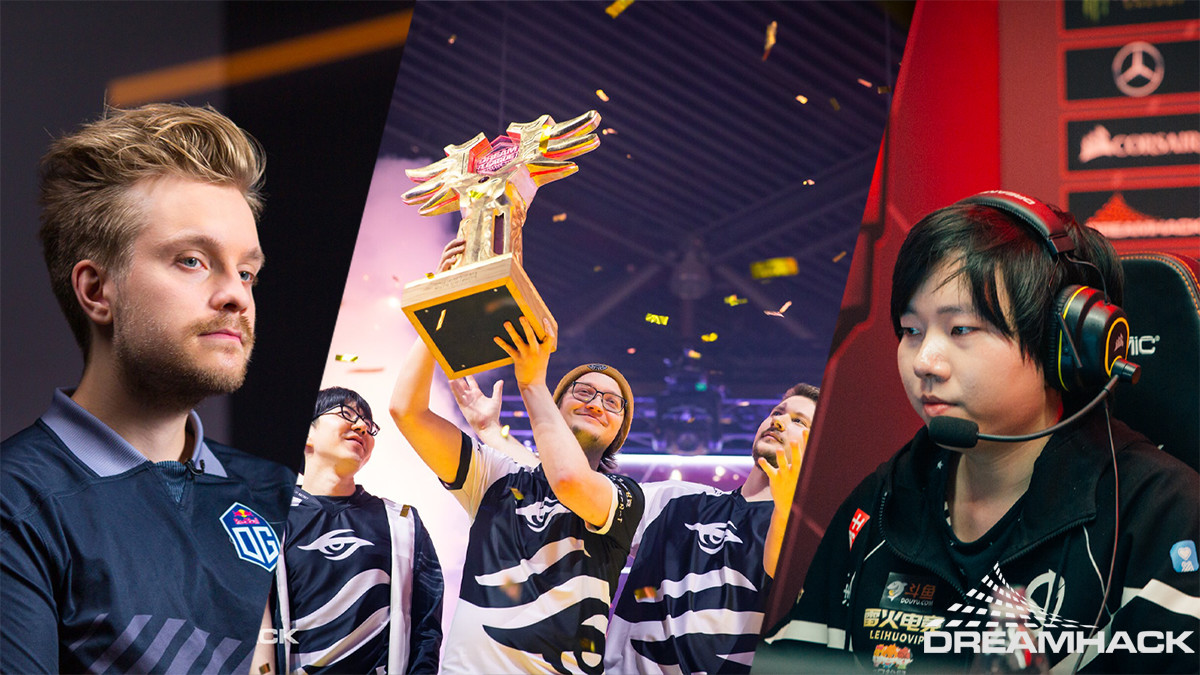 posted by NanaKrustofski,
Another year in competitive Dota has passed. 2020 was filled with challenges for the scene, surprising roster-changes and a big hole that the non-existant The International 2020 left. We collected some of the biggest happenings in each month for our 2020 year review.
ADVERTISING:
Photo credit: EPICENTER / DreamHack Adela Sznajder / DreamHack Adela Sznajder

January 2020 opened not only a new year of Dota 2, but a whole new decade. The current Dota era started with quite a bang: Tommy 'Taiga' Le provided an iconic defence in the only Major of the year and the legendary OG underwent some drastic roster changes.

OG is not only unique when it comes to their insane success – their players are also some of the most beloved Dota personalities by the community. Therefore, the scene was shaken with the roster changes in January. The back-to-back winning line-up disbanded as Sebastien 'Ceb' Debs and Anathan 'ana' Pham announced a break from playing and Earth Spirit legend Jesse 'JerAx' Vainikka retired completely.

The news didn't stop there: a few days later, the King of the midlane Sumail 'SumaiL' Syed Hassan was announced as OG's official new member.

"Taiga and Boxi the dynamic duo!". Taiga and Samuel 'Boxi' Svahn came through with a nail-biting defence at the DreamLeague Season 13: The Leipzig Major. While Virtus.pro only required a few more hits on the Ancient, the duo erased the entire team with their iconic Dark Willow x Slardar defence in the last second.

Unfortunately, the DreamLeague event was the only DPC Major in 2020.

The headlines kept rolling in as the second month of the year progressed. Danil 'Dendi' Ishutin's new team B8 was finally complete for his comeback, Zhang 'xiao8' Ning called out Avengerls for match-fixing and a new DPC system for 2020/21 was announced.

Only three Majors and Regional Leagues, but no more Minors – Valve's future plans caused a long and broad discussion in the community. Generally, the consensus was that leagues could indeed support the competitive scene and allow a healthy and fair environment where tier 2-3 also get a good chance to compete. Despite the anticipation, everything had to be cancelled as shortly after, the pandemic destroyed all tournament plans.

March was a dark time for the scene as SEA Dota 1 legend Mark Anthony “Champi” Gappi passed away at the young age of 26.

The competitive environment was put on hold as the pandemic forced tournament organisers to cancel all events. The DOTA Summit 12 was the last big LAN. All upcoming DPC tournaments had to be cancelled and a long period of uncertainty for pro players, talent and fans alike began – including the important question: what will happen to The International 2020?

As one legend leaves, another legend comes back. April had a range of unexpected roster changes, starting with the return of the TI-winning King of the North Gustav 's4' Magnusson. Naturally, he chose no other team than Alliance to be his new old home after being inactive for seven months.

While old-school fans were still celebrating the comeback of s4, another surprising announcement made many feel down: the legendary TI winner and NA idol Peter 'ppd' Dager retired from competitive play.

Moving on - Retiring from competitive Dota 2

Disappointments, scandals and lots of content to be hyped about. The biggest talking point in May was Newbee being caught and sentenced for match-fixing. The allegations xiao8 threw at AvengerIs that were mentioned earlier turned out to be true, as Newbee were match-fixing in this series. Tournament organiser ImbaTV prohibited all players from taking part in their tournaments. The team also faced a lifetime ban from the CDA Alliance.

As there were no signs of the pandemic easing, Valve decided to postpone The International 2020 with no new date or even timeframe given. The good news: the annual Battle Pass was released nonetheless and featured a plethora of exciting skins. In total, there were three Arcanas, for Queen of Pain, Windranger and Wraith King, and two brand new Personas, for Anti-Mage and Pudge.

Not all seeds can turn into beautiful sunflowers, and in June, OG had to part ways with their academy squad OG Seed. With the lack of tournaments and the rule that an organisation can only participate with one stack in an event, it wasn't possible to maintain both rosters.

Secret on the other hand were shining, as they claimed their sixth title in a row by winning the BEYOND EPIC: EU/CIS.

Speaking of tournaments, the Twitch Rivals featured a Dota showdown that caused some controversies over the invites. Split in Team Bulldog and Team XBOCT, many famous Twitch streamers did not receive any invite, but the teams were made up with players that had a huge skill gap instead.

Fans were especially excited for the female Anti-Mage Persona. So the community was all the more disappointed when the skin was finally released. With no special effects or animations, Wei being unable to have any of the previous weapons' skins equipped and the design differing from the concept art, many were enraged. Since then, everyone seems to have arranged themselves with the style and Valve also redeemed themselves with their other exclusive sets of the Battle Pass.

July also marked SumaiL's departure from OG, as the team wasn't able to properly compete together due to the regional differences. As MidOne took over his place, the offlane was then missing a player. To the delight of the Dota world, Sebastien 'Ceb' Debs decided to stage a comeback as pro player again and took over the spot.

Imagine breaking the world record by having the largest prize pool for an esports tournament – but there is no tournament at all. What sounds ridiculous actually occurred in August, the one holy month that annually features the most important event in the entire year: The International. While TI10 did not take place this August, the fans were nonetheless eager to boost its prize pool to break the previous milestone of 34 million USD (it eventually climaxed to over 40 million USD later on).

To fill the hole in everyone's heart, several teams and tournament organisers joined forces to create the OMEGA League. An adequate battle arena for the strongest European and CIS squads (and EG) to measure their skills and be recognized by the gods of Dota. One participate caused especially big headlines: as OG was involved in organising the event, they parted ways with their popular streamer Janne 'Gorgc' Stefanovski over a conflict of interest.

September brought another sad moment in the scene, as Russian offlaner Alexander 'Flow' Sazonov unfortunately lost his battle against cancer and passed away at only 25 years old.

While the pandemic continued to ravage, some parts of the competitive scene suffered more and more. Reality Rift and Geek Fam had to shut down operations, pro players struggled and Valve faced heavy criticism for their way of handling the situation.

A ray of light was the OMEGA League playoffs, where Team Secret managed to win another Grand Final 3-0. Their winning streak lasted for eight tournaments in a row.

A team full of superstars can be amazing – or cause problems. In October Elephant emerged with a number of big names as well as big issues. Their preferred carry player Zhang 'Eurus' Chengjun was still in contract with his former team which demanded high transfer fees. So the new team went to Liu 'Sylar' Jiajun instead, only to kick him after one day and go back to Eurus again.

The Dota scene could not heal financially from the lack of LAN events, and CR4ZY had to shut down their involvement in Dota as well. Only Evil Geniuses were left as the one North American team with sponsors. Valve decided to finally help out their players and announced the support of several tournaments.

In November, the financial situation affected a huge European organisation as Ninjas in Pyjamas parted ways with their players in the middle of EPIC League.

While the scene was suffering, Elephant made it rain in-game. The line-up established a new world record, as they beat EHOME with the insane networth lead of 154k in a series in the China Dota2 Pro Cup Season 2.

The year finishes with a blast: The long awaited Mistwoods Update finally got released. Squirrel-friend Hoodwink joins the game as 120th hero and a seemingly endless amount of changes completely stirred up the meta. The highlight item of the patch is the Aghanim's Shard. Once purchasing the item, each hero gets a unique ability change. Some simply received upgrades to already existing spells, while other sport brand new skills. For example, Timbersaw took his hatred for trees to the next level and now walks around with a flame thrower.


There was of course much more big news in the world of Dota 2 in 2020. Which moments do you remember the most?