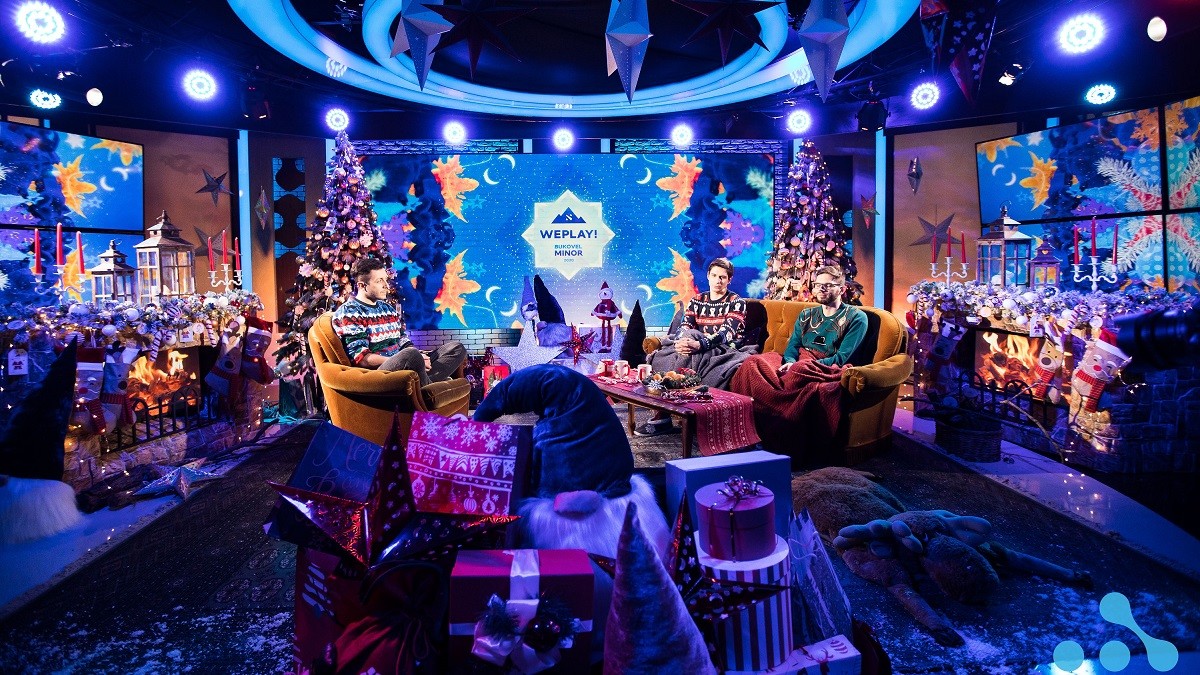 posted by joinDOTA Staff,
No TI, only one Major & Minor? Was 2020 even worth watching Dota 2? Yes! Here are 11 tournaments that need a rewatch if you're bored over the holidays.
ADVERTISING:

When we think about 2020, we'll obviously link it to the pandemic. However, we shouldn't forget about the first weeks this year that were free of COVID-19 - at least for most parts of the world. A time, when we were still on schedule and ready to tackle the tournaments before The International 2020.

Even without a pandemic one thing is for sure: WePlay! Bukovel Minor 2020 would still have been one of the greatest Minors of the season. Its holiday featured look in a sky resort in the Ukraine was magic! WePlay! showed once more that they're capable of competing with the best tournament organisers in the world - even without big crowds or huge arenas.

Nigma won the tournament and qualified for the biggest LAN tournament of 2020: DreamLeague Season 13: The Leipzig Major. The best teams in the world flew out to DreamHack Leipzig to compete at the one and only Major of the whole year - therefore by far the biggest competition in 2020.

Great content, insanely high skill in the games, this what we remember from Leipzig. Especially, Team Secret proved early on what to expect from the Europeans in 2020: domination.

However, these weren't the only LAN events in 2020 - in fact, we even had another Minor if you forgot: StarLadder ImbaTV Dota 2 Minor #3 was the last DPC tournament before shit hit the fan. Team Aster qualified for the Major in Los Angeles, but never arrived in California since all tournaments were moved to online competitions.

WePlay! Dota2 Tug of War: Mad Moon was a small competition before the two Minors. In the Grand Finals we saw Team Secret and Nigma fight for glory - definitely rewatch potential.

Also, don't forget about DOTA Summit 12 and Fnatic's big victory against OG Seed. It should have been the perfect preparation for the Major as The Summit was in California as well, but we all know what happened...

ESL One Los Angeles 2020 Online should have been the second Major of the year, but instead it was the real online competition. It was incredible to see how fast ESL adapted to the current status: each region got its own competition and ESL set a standard for how the tournaments would look like for the rest of the year.

Birmingham and Thailand were great tournaments for sure, but I guess the second ESL Event nobody will forget is ESL One Germany: 2020 with Team Liquid winning after an incredible Lower Bracket run even Kuro S. 'KuroKy' Takhasomi himself couldn't have done better.

WePlay!'s two offline tournament were definitely a hit, but the Eastern Europeans also proved that online competition is their thing! WePlay! Pushka League was focused on European and CIS competition, but was definitely a highlight with its great casts and strong competitions.

They also joined forces with Epic to create the OMEGA League with its several Divisions. While Pushka was just for EU, Asia and Americas had also an interesting tournament bringing together SEA and CN teams. While the big teams of these regions ditched the competition it was 496 Gaming from Vietnam winning one of the biggest cross-continent competitions.

However, when we talk about Epic there are two more events we shouldn't forget: BEYOND EPIC & EPIC League. Both events also had a strong Western focus. While Team Secret won the first Epic event, Virtus Pro won on virtual home turf in the EPIC League that finished recently.

What was your highlight tournament of 2020?