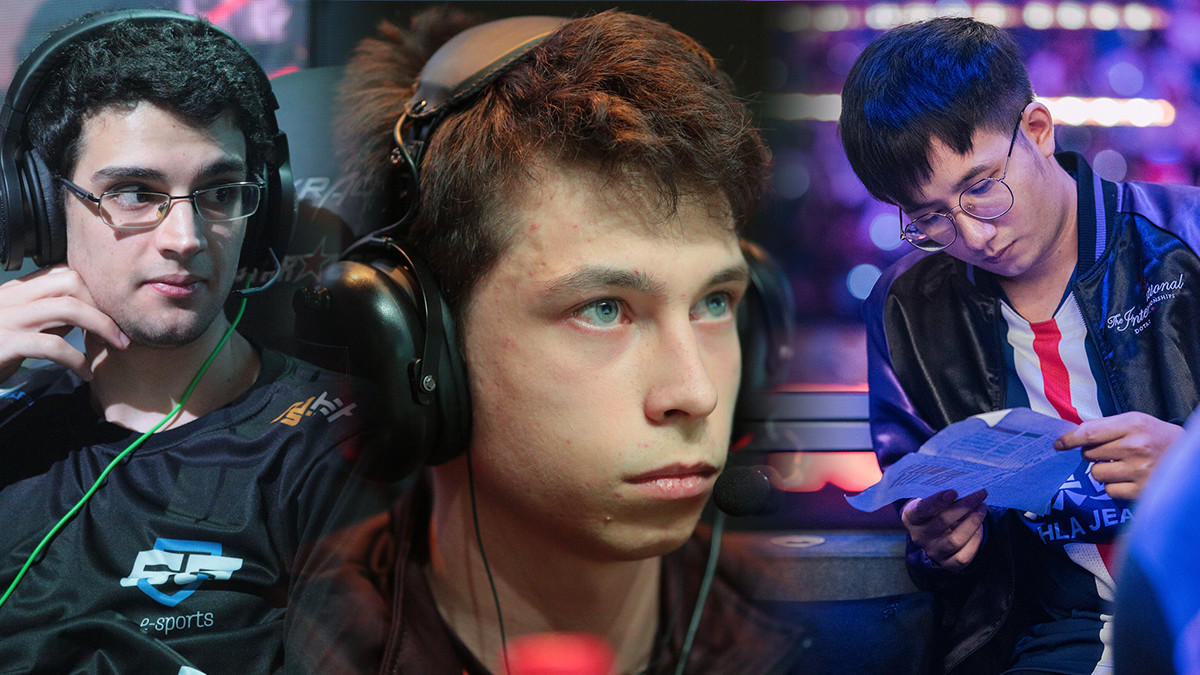 posted by joinDOTA Staff,
It was a tough year for Dota 2 players and fans: without TI or hardly LAN events in general it wasn't easy to actually determine a number one squad or even the top players. Most regions just didn't play against each other all year long.
ADVERTISING:
This is why we decided to split our top ranking of 2020 in four different regions.

Let's start with a region that is known for being probably the most competitive one over the last years. Teams such as Team Secret, Virtus.pro or OG belong to the biggest names in Dota's ten-year-long history - and many more would deserve to be mentioned. However, today we focus on players:

Michał 'Nisha' Jankowski was crowned the Esports PC Player of the Year by Esports Awards 2020. It's definitely not easy to get the spotlight next to star players such as Yazied 'YapzOr' Jaradat Ludwig 'zai' Wåhlberg or actually every player on the Secret squad. But Nisha definitely proved that his transition in November 2019 from hard carry to midlane was the right call.

He won the only Major of this year with his squad, but especially the timeframe between May and January will be remembered as Secret's era: they won every tournament they attended - eight victories in total.

For years Virtus.pro belongs to the best teams throughout the Dota seasons with or without DPC. But this year was a tough year for the CIS organization: they signed a talented young squad full of prodigies, but had to say good-bye to their veteran team surrounding Aleksey 'Solo' Berezin.

Egor 'epileptick1d' Grigorenko, however, proved on position 1 that he's ready to carry Virtus.pro into a new era. The cherry on the top of the delicious cake called 2020 has definitely been their victory at EPIC League a few weeks ago.

Let's face it: it's difficult to make a list of top players in Dota 2 without including Amer 'Miracle-' Al-Barkawi. I mean, he's still considered to be one of the greatest to ever touch the game.

Although Nigma didn't have an easy season, since Kuro S. 'KuroKy' Takhasomi was on the injured list for a long time. Nigma still performed quite decent throughout the year and Miracle- is one of the reasons for it.

His versatile playstyle combined with his strategic foresight make it difficult for people to actually counter him well. Also, by winning the WePlay! Bukovel Minor 2020 he actually belongs to the top Dota players in esports earnings this year.

We are your @OGADotaPIT Grand Champions! Give it up for @rmN_dota for such a great performance throughout the tournament👏

He's one of the best core player China has ever seen - maybe even on a level with legends such as Xu 'BurNIng' Zhilei. For the last five years his name was connected to PSG.LGD. Somnus was part of all ups and downs of the Chinese super organisation.

However, in September 2020 a major shift in China's Dota community concluded in Maybe leaving the organisation and changing to a new squad: Elephant. Although it took some time for the squad to actually come together the last weeks are a big success: They won OGA Dota PIT 2020 Online: China and China Dota2 Pro Cup Season 2.

We could probably put the whole Elephant squad in a top list for China - it's truly a super team. However, if you want to give some special credit you can't get around Xu 'Fy' Linsen. He isn't just a top-notch position four player over the last years, but also an insanely talented captain and mastermind.

He's the reason why his strong carries such as Somnus or Zhang 'Eurus' Chengjun have such an easy game. FY leads his team success, China's biggest hope.

When we're talking about China's hopes we can't forget one of their last TI winners: Zhang 'Faith Bian' Ruida was part of the legendary Wings Gaming that was unbeatable in 2016. It was also a tragic moment to see the team split up without success in the aftermath.

Faith_bian, however, kept fighting. He joined EHOME in 2017 and made his mark in the world of Dota 2. Already in 2019 he was one of the best players in China, but 2020 helped him even more. With LGD he could actually threaten Elephant and other squads for China Numba One.

When the community talks about SEA teams the most common organisations to be dropped in a conversation are Fnatic or TNC Predator. There're rarely fans discussing the likes of Motivate.Trust Gaming or other squads from Thailand - at least before 2020, because Malaysia and the Philippines are probably the strongest, most-mentioned countries in SEA.

Souliya 'JackkY' Khoomphetsavong is definitely a reason why view could change after 2020. The young carry player from Laos had an amazing year with his squad. They even won the Dota Summit 13 event in SEA, bringing them the spotlight they deserved.

Of course, a player like JackkY got acknowleged by other teams in the region and in November T1, the Korean power house, signed the young carry. Let's see if he can go on impress the world in 2021.

A player he could be looking up to is Nuengnara '23savage' Teeramahanon, although he's just 18 years old. He was considered to be one of the most talented players of the region and every team was fighting to sign him. Fnatic, in the end, made his dream possible to become professional and he played for the squad for more than a year.

Next to Daryl Koh 'iceiceice' Pei Xiang he dominated Southeast Asia easily in spring and summer 2020. It was a surprise to see him leaving Fnatic at first, but with the announcement of joining Vici Gaming it was clear: 23savage wanted to take the next step and beat the best players of China.

Not many players made the transition from coach to player succesfully and even less did it more than once. Tae Won 'March' Park's strategic genius is why he's perfect for switching between coaching and playing as a team captain on position 5. Whenever he joins a team, the other four players improve drastically in a short period of time.

This year, March played for TNC most of the year. Though his squad didn't achieve the best results, it was his drafting and strategy that gave his team a lot of advantages. His masterpiece was definetly the victory at ESL One Thailand 2020. Afterwards he went to play for Among Us and again the squad immediately became a top contender and finished second.

The Brazilian offlaner Rodrigo 'Lelis' Santos dominated the American region with his team in 2020. Due to Evil Geniuses' struggles finding players in the pandemic, Quincy Crew took over and won almost every tournament in America since May.

A big reason for their success is Rodrigo 'Lelis' Santos with his diverse hero pool he's difficult to handle for every team: From Viper to Sand King to Axe - the Brazilian player can handle almost all heroes.

Formally known as Alonso 'kotaro' Leon Arango, Mnz had a great year with Thunder Predator. The South American region in general didn't have many chances to prove on international level what they're capable of, but Thunder Predater sure did in those moments:

They showed that they can match with NA teams such as 4 Zoomers. Especially, Mnz, their hard carry had great moments against the NA team. They finished this year with one of the biggest victories by beating 4 Zoomers in the BTS finals.

Braxton 'Brax' Paulson has been a part of the North American Dota scene for ages: his career started as part of Quantic in 2012. In more than seven years of professional Dota he was part of many different teams - and even 2020 wasn't easy for him. First, he was part of J.Storm on trial base, later he joined business associates and by August he was recruited by 4 Zoomers.

The NA offlaner then established himself as one of the most reliant offlaners in the region and his biggest success was the victory at DOTA Summit 13 with his squad.

To pick three players from each region wasn't easy in a year with only online tournaments and no real international competition. While the years of Dota 2 have always been defined by it's prime tournaments and TI, this year we had to take a look at many small online competitions and teams full of stand-ins. Let's hope that 2021, at least for parts, will have a better ending for our scene.

Who would you pick from each region? What are the most important factors to determine a top player in your opinion? Tells us your ideas in the comments.