How to Turn the Tide: The Best Heroes for Diretide 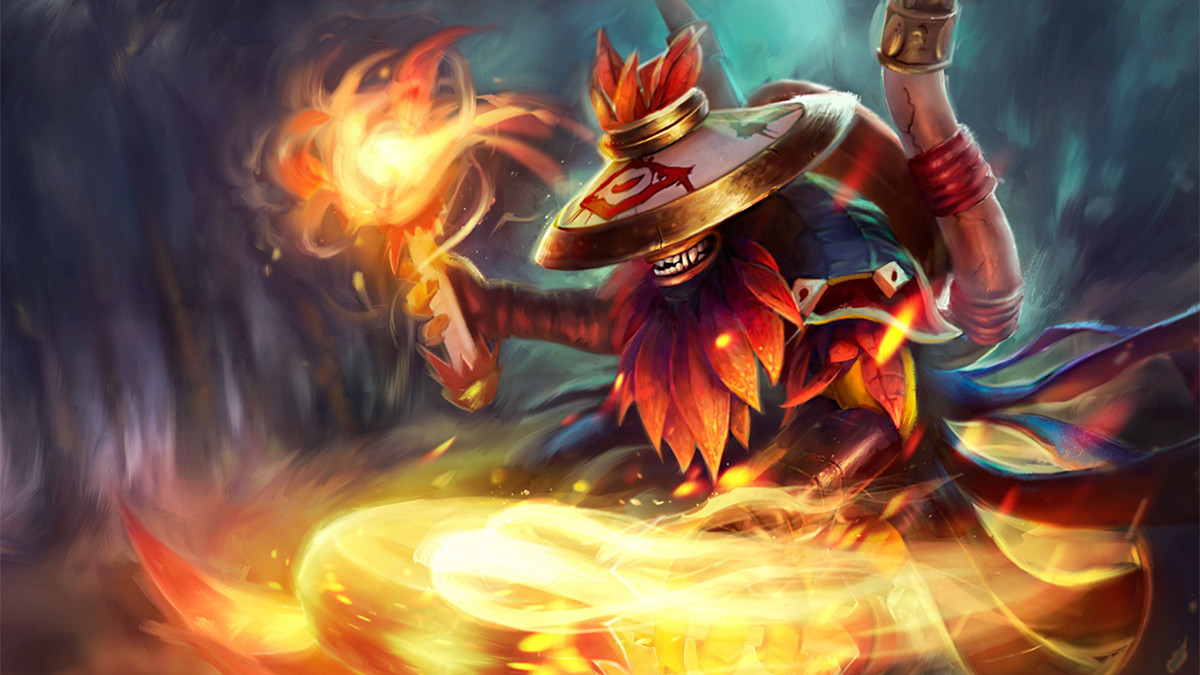 posted by Liightsdota,
The new Diretide mode has been released for about a week now, and players have been quickly figuring out the best strategies to dominate the candy game and successfully farm treasures. Today we’re going to take a look at five heroes that have distinct advantages in the Diretide game mode, making them excellent picks to try out with your friends!
ADVERTISING:

While these four aspects of heroes are important in regular Dota games, the nature of the Diretide mode makes them absolutely critical for your success. Because candies drop as creeps are killed, choosing heroes which can quickly clear the creepwave allows your team to secure that valuable candy sooner, before taking a favourable fight with creep advantage. Once candy has been secured for your side, it’s important to have a member of your team with movement abilities that let him play as your team’s candy courier to ferry the whole team’s candy back to the well quickly and efficiently.

Building damage is as important as it’s ever been in Dota because if your team can destroy one of the opponent’s candy wells, their throne becomes vulnerable. Then when the opponents are frantically trying to fight for the final scarecrows at the 1:00 remaining mark, sending your strongest pushing hero to rat their throne can remove dozens of candies from their total and secure an easy win. Finally, the importance of team fighting in this mode cannot be understated, as the game mode is basically a series of consecutive brawls that your team must be able to contest.

All of Undying’s Skills are more effective in Diretide

With Undying just being a fantastic support hero at the moment, he’s well-positioned for Diretide where his abilities are seemingly all even better than in regular games of Dota. Because of the huge masses of creeps for both teams, Undying will constantly have many targets around him which significantly amplifies the power of Soul Rip.

Tombstone also makes him one of the strongest team fighters in the game, as many opposing teams struggle to focus down the tomb during chaotic teamfights. Even Decay becomes better in this mode, as opponents will frequently be grouped up for you to land easy multi-hero decays in order to get huge. Because gold is shared among the team, you’ll also likely be able to afford an Aghanim’s Scepter, which makes the hero basically unkillable in long-drawn-out engagements. While already being one of the top meta picks at the moment in the proper game, Undying is even better in Diretide, making him one of the best choices for the mode.

One of the most popular bans in this game mode due to his raw power. If you can manage to pick Shadow Shaman the game should become very easy. This hero offers unparalleled pushing capabilities while also providing low-cooldown crowd control at all stages of the game, making him an excellent choice for Diretide. The most powerful part of the hero in this mode is his incredible Serpent Wards, which are fantastic for taking an objective on his own or providing a huge threat to the opponent’s candy bucket. Even Ether Shock is extremely useful for clearing the huge waves of creeps that sometimes amass in this mode. With all the additional gold available in this mode, Shaman can thrive with some simple items like Aether Lens, or double down on his ultimate by going Aghanim’s and Refresher.

Clinkz’s mobility and damage make him ideal for solo queue

Clinkz skillset is ideally suited to multiple aspects of the Diretide game mode. Because the mode is a much more casual version of Dota, people will be purchasing fewer sentry wards overall, which allows Clinkz to maneuver around the fights wherever he wants. This hero excels at playing on his own in this mode, so he would make a good choice for people queuing solo.

Clinkz’s high burst damage from Searing Arrows and Strafe allow him to pick off solo opponents, or take a crucial scarecrow objective all on his own. His high base damage and elusiveness even allow you to sometimes steal the last hit on a scarecrow that your opponents are committing on. In the later rounds after you’ve maxed out Skeleton Walk, Clinkz becomes a good candy courier, but it’s probably better to also draft another one to help you secure the earlier rounds. Finally his ultimate is excellent during certain rounds of Diretide, where consuming a singular large creep can secure you huge damage, easy candy, and pushing prowess for your team.

Perhaps the best candy courier in the game, Storm Spirit’s mobility is unmatched in all of Dota. On top of securing candy, Storm excels at moving around the smaller Diretide arena and impacting different areas across the map. With a Storm on your team, you basically always have an additional hero at any engagement you’re taking, and he’s able to come in out of nowhere to secure a scarecrow that’s going down somewhat uncontested.

The hero is excellent at clearing waves and can completely dominate teamfights in the later rounds once he’s secured some items. You’ll also find tonnes more uses for the Storm Spirit Aghanim’s Scepter in Diretide games, where your opponents are frequently forced to clump up due to the smaller nature of the map and constant fighting.

Warlock’s teamfight is simply too good in huge engagements

One of the very best teamfighting supports in the game, Warlock excels in the huge engagements which are constant in Diretide. In this game mode, you’ll find yourself continually landing huge multi-hero Fatal Bonds at all points in the game. Once you’ve leveled Chaotic Offering, you’re able to completely secure any given teamfight as long as you have a little backup. The ultimate golem is excellent in this mode after the initial stun, providing an amazing tool for pushing down structures and exposing the opposing candy bucket.

Warlock struggles with clearing creepwaves however and lacks mobility of his own, so picking other heroes with those attributes is crucial to the success of your team as a whole. Overall though, Warlock’s massive teamfight capabilities are enough to instantly make him one of the best picks for your Diretide games.

It’s been fascinating to watch Diretide form its own metagame separate from the main game of Dota. What heroes have you been having the most success with in the new mode?