A new SEA team on the rise: Dota Summit 13 overview 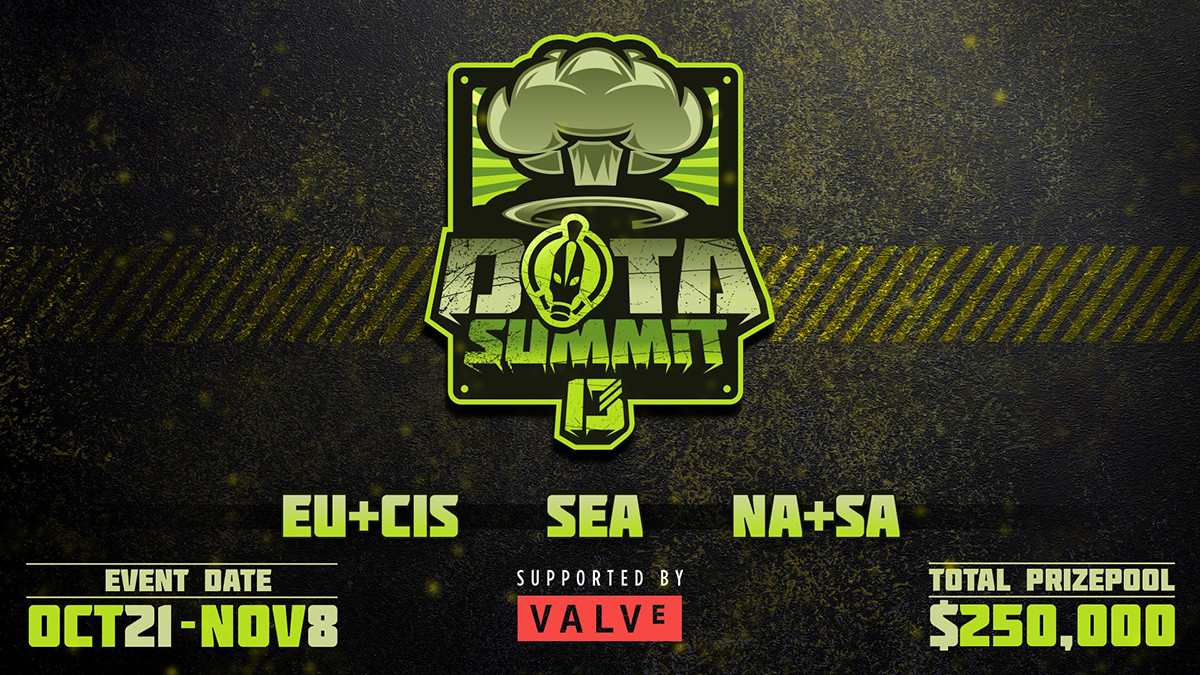 posted by NanaKrustofski,
Quincy Crew still cannot be stopped in the American region, but in SEA, a new team fights their way towards the top: an overview of all DOTA Summit Online 13 tournaments.
ADVERTISING:
There are currently three tournaments going on in the Dota Summit series: one for American teams, one in the Southeast Asian region and one for Europe and CIS squads. For the first two regions, the playoffs are waiting to kick off, whereas Europe just started with their event.

Americas: Quincy Crew aim for eighth title in a row


North and South America were once again packed together in one tournament, the DOTA Summit Online 13: Americas. From 21 October - 8 November, ten teams battle each other for a prize pool of $100,000.

Two of the participants dropped out of the event after the group stage: Spirit Esports and No Pangolier. The latter originally competed for team Plasma, but left the organisation after the manager posted derogatory tweets concerning another participating team and the American scene in general. As a result, the players had to forfeit one series.

At the other end of the spectrum, a familiar name occupies first place: Quincy Crew are once again leading. The powerhouse sports a series of seven tournament victories in a row. With a 17-1 standing in the group stage, they are on a good path to claim an eighth title.

The only match that Quincy Crew have lost so far was against Team Zero, a free stack surrounding Jacky 'EternaLEnVy' Mao.

Another strong showing from the Quincy Crew taking it 2-0 over Infamous! 👑👑

We DO have a tiebreaker coming up so stay tuned to #MonsterEnergyDS13 for one final group stage match! 👀

Southeast Asia: A new top team in the making


The DOTA Summit Online 13: Southeast Asia started on 21 October and will have its Grand Finals on 8 November. 10 teams entered the tournament for a prize pool of $100,000, and two of them have already been eliminated.

A potential new star is on the rise, called Trust.Gaming. The squad with four players from Thailand and carry Souliya 'JackkY.Youngboy' Khoomphetsavong from Laos delivered a nearly flawless performance in the group stage.

With 14 victories and 4 losses, they managed to get on top of the group stage. The only team that was able to defeat them in both matches of the best-of-two series was TNC Predator who stand second in the ranking. If both squads win the upcoming round in the playoffs, they have to face each other again to fight for a slot in the Grand Finals.

Team Star and Army Geniuses were the first to be eliminated from the tournament. The playoffs start this Wednesday, 4 November.

Europe and CIS: Another victory for Liquid?

The third and final event of the current BTS series is the DOTA Summit Online 13: Europe. As some of the teams competed in the ESL One Germany: 2020 up until last Sunday, the Summit was scheduled to a later time than the American and SEA versions. 10 teams compete against each other from 2 - 8 November, fighting for a prize pool of $50,000.

Team Liquid dominated the recent ESL, eliminating Team Secret and defeating Natus Vincere in the Grand Finals. Therefore, they can be seen as tournament favourites in the Summit.

The chrono, the bashes, and mudgolems is dominating this game 2#MonsterEnergyDS13

All of the tournaments can be watched on the official Twitch channel of Beyond The Summit.