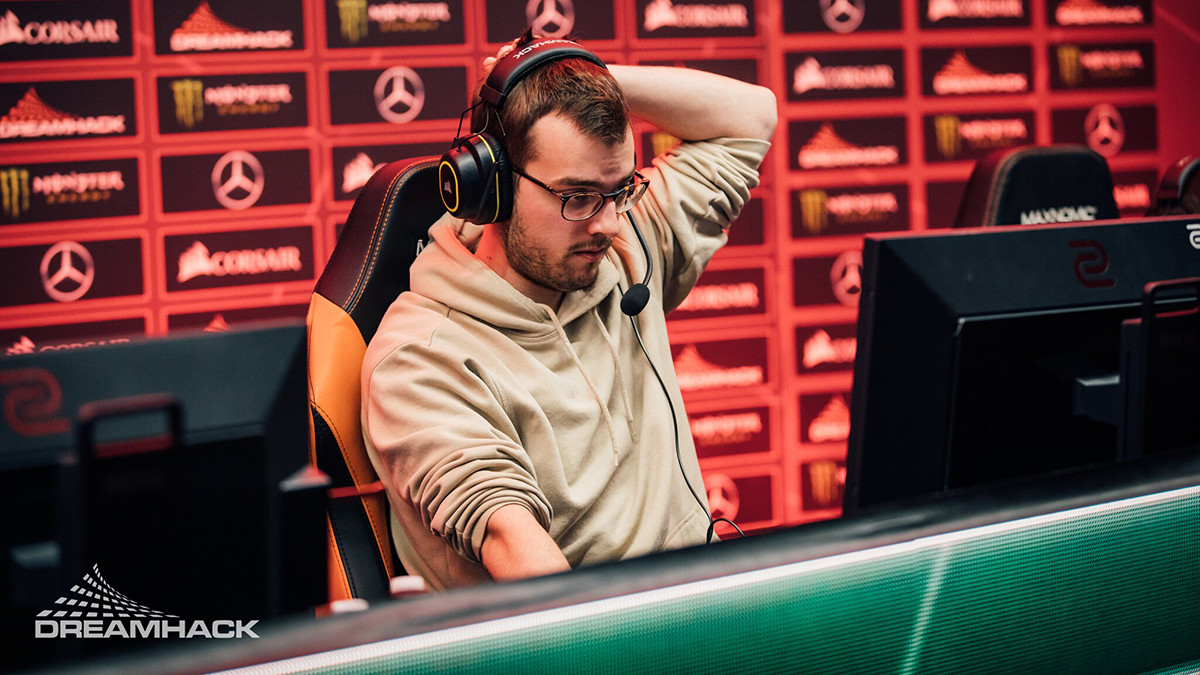 posted by NanaKrustofski,
A new challenger enters the game: mudgolems put an end to Team Secret winning streak as they defeat the juggernauts 2-0 in the Upper Bracket Round 2.
ADVERTISING:
The ESL One Germany: 2020 took some unexpected twists as free stack mudgolems were able to conquer reigning champions of the past 8 tournaments Secret. No team was able to defeat the colossus in the past months, so mudgolems might be a new contender to prevent Secret from winning another Grand Final.

While mudgolems had the upper hand in botch matches, the first game in particular was an extremely exciting performance to watch. After 56 minutes, Secret had to surrender to mudgolems' advantage of 41-19 kills and a networth lead of 41k.

On Secret's side, Yazied 'YapzOr' Jaradat went for an experimental build with three Platemails on Tusk. Unfortunately, the extra armour could not save him.

It is already impressive to defeat the current Secret once, but to win two games is almost unheard of. In fact, the last series the powerhouse lost was against Team Liquid four months ago at the BEYOND EPIC: EU/CIS event.

Nonetheless, mudgolems managed to win the second match as well. This time, the game was even with 15:15 kills and there were more back-and-forth swings in the networth. Dusko 'Boranija' Boranijasevic's Lina scorched Secret, taking home most kills and outfarming all of the opponent's players by far.

mudgolems are not the only surprise in the playoffs. The new Natus Vincere stack that previously played together as free stack FlyToMoon put on a solid show in the tournament. The CIS squad defeated both OG and Vikin.gg in the playoffs.

Carry player Alik 'V-Tune' Vorobey had an exceptionally deadly performance against Vikin.gg. In the first match, he finished with a flawless 20/0/6 on Phantom Assassin, causing the gg with a final rampage. The second encounter was just as brutal, as he scored 16/0/8 on Drow Ranger.

Na'Vi are going to face mudgolems in the Upper Bracket Final next. The winner of this series will be the first Grand Finalist for the ESL One: Germany.


What do you think, who is going to win: mudgolems or Na'VI?