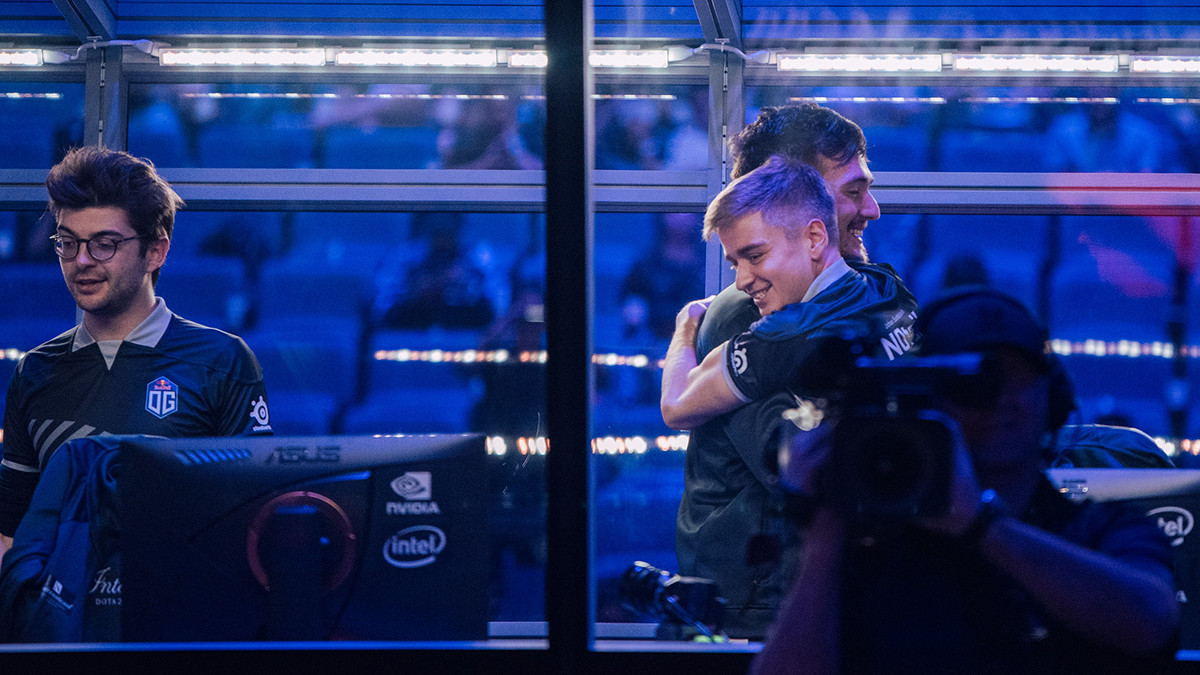 posted by Smyke,
OG and Nigma were both eliminated from the ESL One Germany: 2020 in the first round. While many fans have been disappointed by these results, Jonathan 'Loda' Berg addresses the general tonality in discussions surrounding team's performances.
ADVERTISING:
The ESL One Germany: 2020 is in full swing, taking place until 1 November. 16 teams were thrown into the melting pot, aiming to find out the strongest team from Europe and CIS in a battle with a prize pool of $400,000 USD. From the original 16 teams, 10 have already been eliminated – the latest two being The International 2019 grand finalists OG and Nigma.


Nigma and OG get eliminated in the first round

Both teams successfully made it through the Swiss-system group stage, but were then kicked out of the tournament in the first round of the playoffs. For Nigma, the group stage offered an unexpected challenge in form of Yellow Submarine. The CIS squad made it to the qualifiers to the main event and is still rather unknown in the international scene.

Nonetheless, they were able to conquer veterans Nigma 2-0. It is however important to note that Nigma had to complete the first match with two stand-ins, Youssef 'SuperRudy' Fathalla and their coach Roman 'rmN' Paley played for Maroun 'Gh' Merhej and Kuro S. 'KuroKy' Takhasomi respectively.

Apart from these losses, Nigma won all their series in the group stage and also all their games except for one match against 5 men


Struggling in the playoffs

The playoffs quickly brought an end to Nigma's run in the ESL One Germany, as their first opponent was Team Secret. As the powerhouse currently counts as an undefeatable colossus in Dota, Nigma lost 2-1 against Secret and was relegated to the Lower Bracket.

Their last chance was a match-up against Team Liquid which they also lost 2-1, eliminating them from the tournament. Both of Liquid's victories were quite dominant. Max 'qojqva' Broecker excelled with a 21/2/20 Storm Spirit in game two, achieving 41 of Liquid's total 49 kills.

Michael 'miCKe' Vu stole the show in the third and last game, as he finished with a 18/2/15 Snapfire mid that fried Omar 'w33haa' Aliwi's Phoenix mid experiment.

OG on the other hand had problem overcoming Alliance. The reigning world champions fell to [A] twice, once in the group stage and once in their last series in the Lower Bracket.

Both encounters have been clear victories for Alliance. Nikolay 'Nikobaby' Nikolov were the strongest, scoring highest kill and farm in most matches.

Gustav 's4' Magnusson came out on top of the final game with a classic Alliance hero: his offlane Nature's Prophet that finished with a 14/2/15 kill score and highest networth. s4 went to a game-winning Orchid-BKB-Assault Cuirass-Satanic build, giving OG the final blow to be eliminated from the event.

Fans have been disappointed by their favourite players and voiced their resentment about their performance on social media platforms, especially Reddit. While this is a common occurrence in Dota, all esports, and any competitive scene in general, the tonality and toxicity often overflows.

TI champion and founder of Alliance Jonathan 'Loda' Berg posted a statement against the toxicity on Twitter this Monday. While disrespectful comments are frequent, Loda points out that the teams and players are still at the pinnacle of the game.

Reading reddit comments about yesterdays games and I'm mind blown by how toxic a lot of people are towards Nigma and OG.

Even though these teams sometimes lose I hope you realize they are the top 0.1%

Why do you think OG and Nigma struggled in the ESL One Germany?