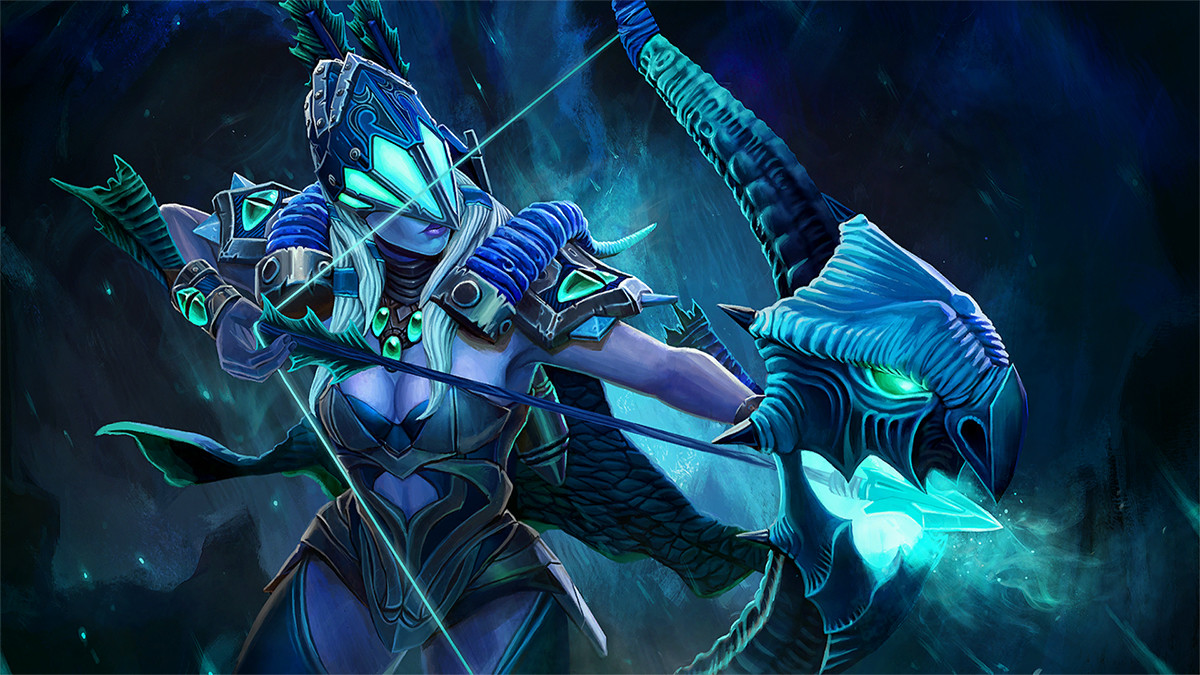 posted by Liightsdota,
The ESL One Germany: 2020 is now well underway, with half of the original 16 teams eliminated and playoffs between the final 8 teams having just begun. Today we’re going to look into some of the notable trends which have emerged during the group stage.
Dota 2 has been played on its current patch, version 7.27d for almost two whole months now, with the metagame largely being solved by professional teams and public players alike. But even stale metagames will see continued innovation within them, as enterprising players identify new or forgotten counters which fit well within the established style of hero picks.

Drow’s popularity has increased the presence of gap-closing carries

A curious dynamic exists between Drow Ranger and Spectre, with these two heroes being some of the strongest carries of the patch. However, as Drow Ranger is so incredibly hard countered by the Spectre pick, she practically requires Spectre to be banned to find success currently. In those games where you can play Drow against another carry instead, she has been excelling, dominating opposing lanes with many of the popular supports of the patch like Undying or Vengeful Spirit. Drow’s power lies in her favourable matchups against many of the popular Strength Offlaners, who take massive poke damage trying to approach her. After the laning stage is finished, she’s able to effectively convert her lead into very safe tower pressure, frequently closing out games before the opponent’s draft has enough time to secure their core items.

Faceless Void has been recently causing major headaches for both my pubs and the ESL One Germany group stage. The survivability that Faceless brings to the carry role is simply unmatched, with the hero escaping from sure death situations for many other cores. The most problematic element of the hero is how much health he can recover from Time Walk, ensuring that he comes out on top of most trades in the laning phase. Void’s level 15 talent only compounds the issue, by providing +275 additional range to his Time Walk, causing opponents to find themselves constantly clutching at thin air as Faceless Void leaps away.

Phantom Assassin has also been making appearances during the group stage, frequently paired with Magnus to boost her farming abilities without the need to build a Battle Fury. Another hero with low cooldowns and the ability to constantly fight, Phantom Assassin only requires very limited items before she can meaningfully join her team in fights. Like Faceless Void, this hero also has a hugely impactful mobility talent at level 15, which adds +350 cast range to Phantom Strike. The presence of these two talents is what has largely pushed these two carries into prominence, with those abilities allowing skilled players to weave in and out of team fights at their discretion, picking off immobilized targets before jumping to the safety of their team when the opponents respond with aggression.

Centaur Warrunner charges back into the meta 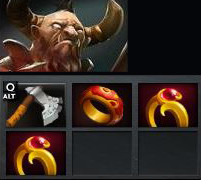 One of the surprise breakout heroes that has performed exceptionally well this group stage is Centaur Warrunner. After disappearing to almost complete obscurity after the rework to Retaliate Aura in 7.27b, Centaur has stampeded his way back into the spotlight over the past couple of weeks. The hero has one of the highest winrates of the tournament among picks with reasonable sample sizes. This can be attributed to his fast-paced playstyle, as well as an ultimate which actually allows his team to catch up to some of the obnoxiously elusive cores which have been getting free reign recently. This makes him an excellent pick against Drow Ranger, Faceless Void, and Phantom Assassin, all of which are hugely popular right now.

Since the rework, players have been favouring a different style of Centaur, which prioritizes maxing Hoof Stomp and Double Edge along with a quick Blink Dagger, as opposed to the previous tanky style that maxed Retaliate. Centaur players have been favouring picking up all the regeneration components of Pipe of Insight during the laning stage, in order to save money that would be spent on Salves and Tangoes.

After what seemed like five straight patches of Ember Spirit being the most popular mid of choice, it’s nice to see that for this group stage he’s taken a back seat and allowed his brothers some time in the spotlight. Storm and Void Spirit were far and away the most successful mid laners of the group stage, being picked and banned frequently and finding significant impact in the games they were allowed to be played. These two heroes are excelling for their ability to roam from mid and impact the side lanes, while also scaling excellently and offering reliable initiation out of the middle lane. They also fit extremely well within the current meta due to their ability to catch and get on top of the other elusive heroes which have been causing problems for many teams.

It seems that much of the metagame currently revolves around the ability to initiate from afar, as well as quickly adjusting positioning during team fights. Hopefully, after the conclusion of ESL One Germany on November 1st, we’ll see a balance patch to further shake things up before the arrival of the new hero at the end of the month.

What has been the most annoying hero for you to deal with in patch 7.27d?