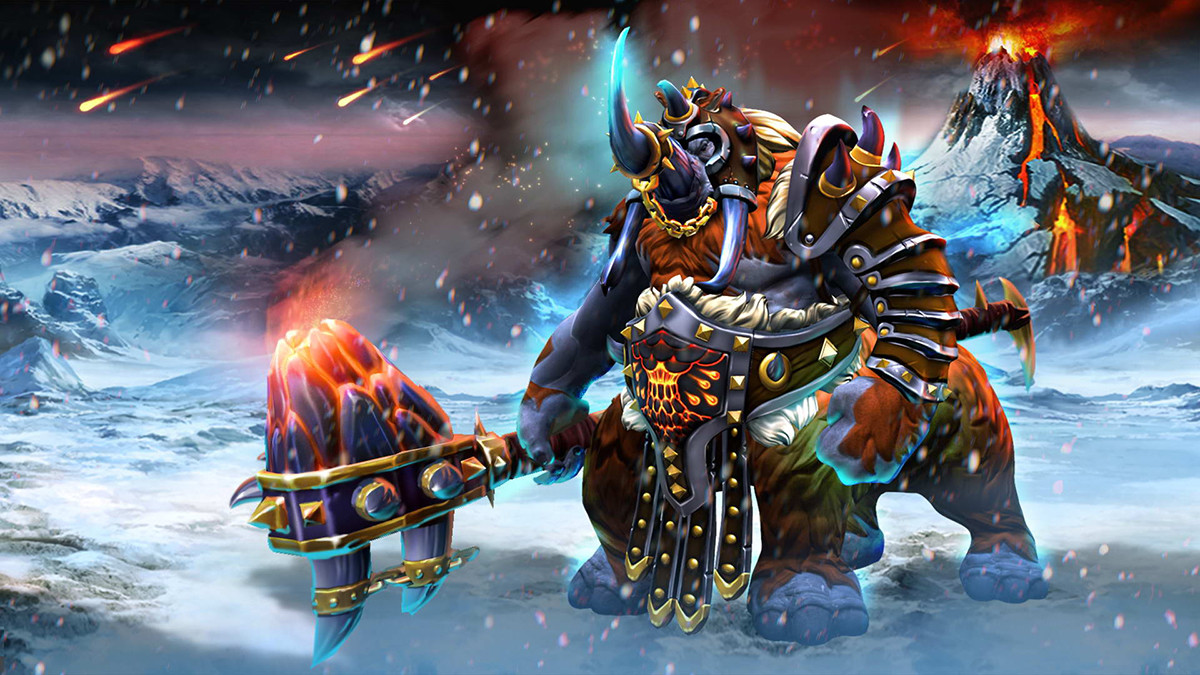 posted by Liightsdota,
Tired of playing the usual sacrificial support heroes all the time? We got some great suggestions for you to spice up your position 5 life.
ADVERTISING:
Whether you’re a diehard support player like myself or a midlane spammer who’s run out of role-queue games, we inevitably all find ourselves playing hard support every once in a while. Today I’ve assembled five incredibly fun heroes to play in that position, who might not be at the top of the average player’s mind when thinking of hard support options. These heroes are all able to dominate a lane when paired with the right partner and scale excellently as the game progresses, ensuring you won’t feel useless even if you’re flying by the seat of your Tranquil Boots. 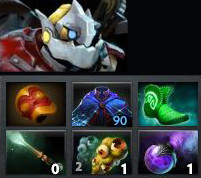 Most widely played as a position 4 roaming support, or even as an offlaner, Clockwerk is actually a fantastic choice to play as a hard support. This hero can provide huge kill potential in a safelane when paired with heroes who can dump damage into his Cog catches from afar, like Drow Ranger or Arc Warden. Given this good start to the lane, Clockwerk can secure some crucial first items and begin roaming similarly to a position 4. Even if your lane isn’t going to plan, Clockwerk is fine to either sit in a lane while his carry farms jungle, or roam elsewhere to draw enemy attention away from his safelane.

What makes this hero such an effective 5 is his ability to successfully operate completely without items. Hookshot ensures you’ll always have BKB piercing initiation, and taking his new Power Cogs +2 Hits to kill talent at level 15 will allow you to completely divide fights in your team’s favour. Furthermore, Rocket Flare is one of the greatest dewarding abilities in the game, providing high ground vision and allowing the Clockwerk to place Sentries on the lowground that can reveal a wider area. The Rocket Flare True Sight talent at level 20 can further assist in playing this style.

Venomancer Can Take Over a Lane Then Force Down Towers 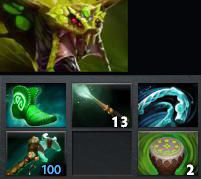 Venomancer is another hero who most recently has been making appearances in other positions, primarily the Offlane. Tae Won 'March' Park, however, has been pioneering a fast-paced style of playing this hero as a hard support, seeing significant success when paired with other high tempo heroes. The best lane partners for position 5 Venomancer are aggressive carries who can capitalize off his immense harassment abilities to secure a kill. This includes heroes like Juggernaut, Sven, Phantom Assassin, and Ursa. This hero can thrive on his immense early laning pressure, which can allow his carry an easy game because the opponents are never comfortable approaching the creep wave.

After taking a point in Venomous Gale and two in Poison Sting, Venomancer can adapt from this early laning pressure, and begin scaling with Plague Wards being taken at levels 4-7. At some point in this level range, he will have the opportunity to rotate to another lane so he can combine with the other members of his team to force down one of the crucial early towers (the opponent’s safelane or middle). From there a hard support Venomancer can take over the opponent’s jungle with some team-mates nearby, and proceed to choke the opponents out from any easy farm. This hero is extremely well suited to the very skirmish heavy metagame which we’ve been seeing recently, thanks to his low cooldowns. As long as you get your ultimate off before dying, you’ve probably made enough contribution to a teamfight from the 5 position.

Elder Titan Scares off Most Lanes and Scales Well 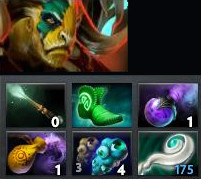 As the 110th most picked hero in Dota, it’s probably been a little while since you last saw an Elder Titan in one of your pubs. That doesn’t make this hero necessarily bad though; the unfamiliarity can work to your advantage when people suddenly remember how much damage your auto-attacks can do, as they lose a third of their health bar in a single chunk. Elder Titan’s biggest strength in lane is his ability to make almost any opponent in the game flee in fear of his opposing presence and large health pool. This makes him a perfect pairing for more fragile carries who appreciate the attention being on their support, like Drow Ranger, Morphling, Spectre, and Gyrocopter.

From the hard support position, it’s best to start with Astral Spirit for the early harass, before maxing out Echo Stomp, ensuring your full ganking utility comes online as early as possible. The standard item pickup for you is a Eul’s Sceptre, which all but ensures a landed combo if you begin by cycloning your opponent. When this eventual build is combined with Elder Titan’s need to punch opponents in lane, Wind Lace becomes a fantastic choice for your starting items along with the usual health and mana regen. This hero scales into one of the most impactful supports during the late game, with his stuns always retaining their utility, and his Natural Order passive reducing 100% of Armour and Magic Resistance when his spirit and hero are nearby.

Nature’s Prophet Is for When You Wanted to Play Core 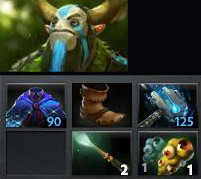 Nature’s Prophet is a true pick for those core players forced to queue under the banner of hard support because they need role-queue games, or who got matched with players of far higher rank who are demanding core roles. In most games you play position 5 Nature’s Prophet, you’re able to secure enough farm to practically become a core anyway. This hero’s early laning stage is fantastic as a support, with the ability to pummel opponents with volleys of auto-attacks from behind the safety of your Treants. This should allow your carry plenty of space to farm uncontested, and lets you pick up some crucial early levels. Should the lane get hard, you’re perfectly content to stay there solo to prevent the tower from falling as long as possible.

Ideally, however, this hero wants to get incredibly active, teleporting to other lanes constantly to secure kills and make opponents paranoid and wary of your appearance at any moment. Teleport allows this hero to play unlike any other, securing kills that would be out of reach for any other position 5. In games where you’re ahead, this hero excels at forcing down towers with his Treants tanking shots and making your wave survive much longer than usual. If things are hard, you can split push anywhere on the map, taking advantage of the early Meteor Hammer build which was favoured by Clement 'Puppey' Ivanov. 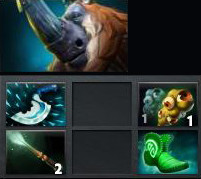 Some of the best teams in Europe have been recently experimenting with Magnus as a position 5 hero, which works fantastically during the draft phase as an early bait pick. In a recent OMEGA League game, OG drafted Phoenix and Magnus with their first two picks against Team Secret, looking to all the world like an offlane pairing. Secret responded with a Lifestealer for their safelane, thinking they would have a successful counter pick. But because Magnus was actually Johan 'BigDaddyN0tail' Sundstein’s 5 position hero, OG were able to last pick a Beastmaster, who went on to have an extremely favourable lane against the Lifestealer. 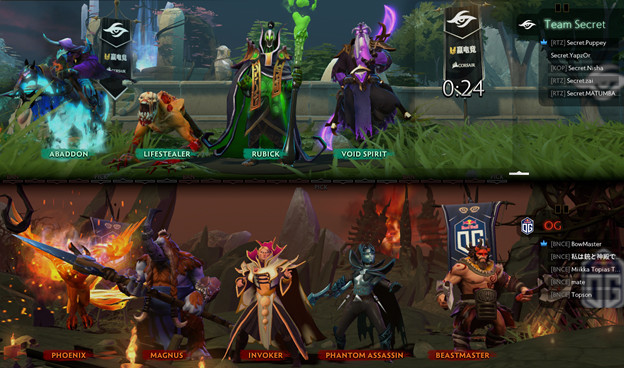 When playing Magnus from the 5 position, the focus of your hero and your main job for the game is to ensure your carry is provided with the Empower buff so that they can farm as fast as possible. Just putting this on the correct hero before a teamfight can drastically increase the speed that opponents are killed, providing huge impact from the support role without actually putting your own hero in any danger. This allows you to sit back in the fights waiting for the optimal time to engage.

Additionally, your Reverse Polarity actually works better from the 5 position, where it can be used as a counter-initiation tool, rather than looking for the initial jump like an offlaner. This allows the Magnus player the luxury of watching the teamfight unfold a bit and then catch multiple heroes as they pile onto one of his allies. Because of this playstyle, Notail went straight for a Blink Dagger after minimal early items, which was his only major item pickup needed to win this game.

Which other position 5 heroes do you have the most fun playing in your pubs?