Meta anaylsis: The heroes & items of the OMEGA League 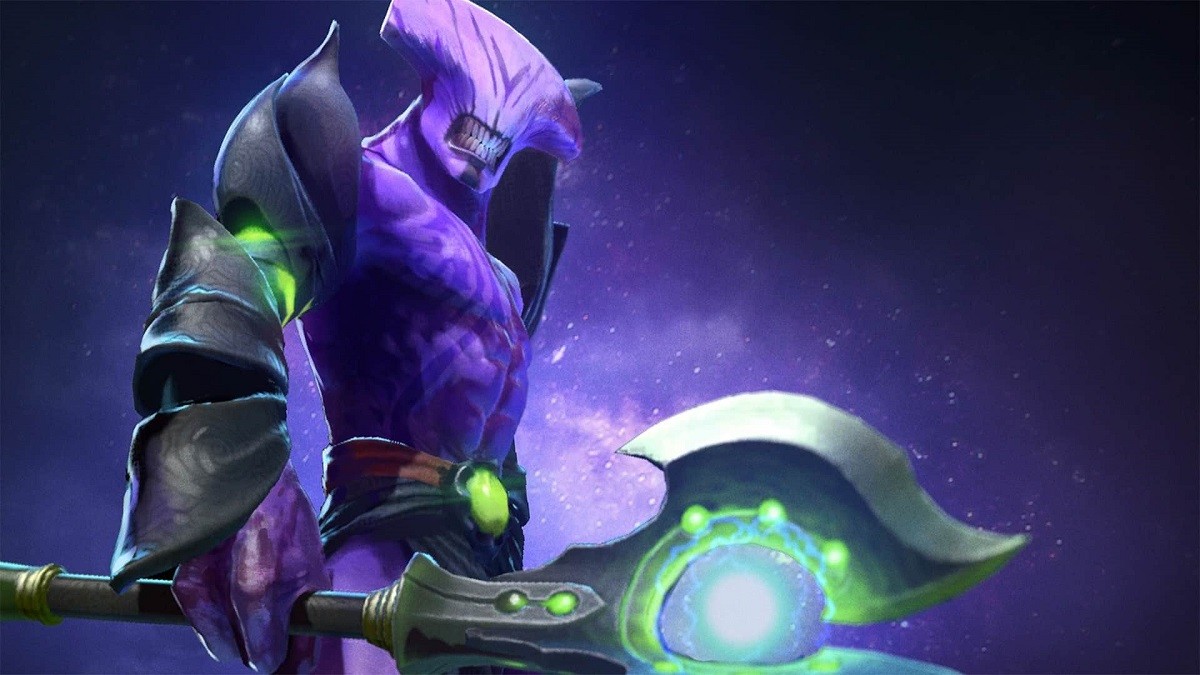 posted by Liightsdota,
With Patch 7.27d arriving right before the playoffs of the OMEGA League, we got to see the pros adapting to counter the Lategame style we were seeing beforehand. Let’s investigate the most interesting changes they’ve made to their playstyle.
ADVERTISING:
The OMEGA League has been running for most of August, with its conclusion happening last week after an outstanding tournament. Praised by the community for its laid back feel and high-quality production, this event was certainly one of the most successful since the switch to completely online play.

The extended duration of this tournament allowed the metagame time to evolve, and it was extremely interesting to see the impacts of Patch 7.27d, which arrived just 4 days before the playoffs began. Today we’ll look at where the metagame has landed following this tournament’s innovations.

Teams have adapted to the Ultra Lategame style 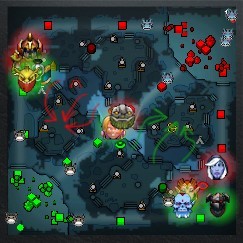 Following the nerfs to the Zoo Metagame of 7.27b, and before OMEGA League’s commencement, the meta had swung back towards heavy greed and ultra lategame lineups. While this metagame persisted for the beginning of the OMEGA League, people started adapting to punish these greedier lineups with faster-paced drafts.

This adaptation was aided by the arrival of the patch 7.27d, which nerfed many of the popular lategame choices that had become common, and opened up opportunities for more aggressive heroes to shine. Furthermore, faster-styled teams realized that their opponents were largely content to play a passive farming game, so they reacted by aggressively invading the opposing triangle to drastically reduce the safe farming space for the enemy’s carry.

These aggressive rotations were carried out by ganking position 4 heroes like Clockwerk and Tiny combining with their midlaners. To ensure they were able to secure towers, teams playing this style had very successful tournaments on heroes like Beastmaster and Nature’s Prophet. It seems the metagame going forward will feature a more healthy mix of lategame scaling and early game aggression.

Popularized by Alik 'V-Tune' Vorobey, the carry for FlyToMoon, we’ve seen carries picking up double ring of regen early in the laning phase. This evolution has been a result of the ring’s reduced gold cost in patch 7.27, which makes it a much more efficient pickup for health regen.

By grabbing two of these early for a mere 350 gold, V-Tune ensured that he was set on regen for the laning phase, saving gold in the future that would have to go into ferrying Tangos and Salves to stay in the lane. He used this style across multiple heroes including PL and Slark, bolstering his early game and ensuring he was healed up sufficiently when kill attempts came his way.

V-Tune wasn’t building these rings into anything following the laning phase, just getting rid of them when inventory slots became an issue. This can be an interesting option for carries to consider, saving them money through the laning phase that could go towards their first big item instead of regen to stay in lane.

Venge quickly earned her place amongst the best supports of the OMEGA League, thanks to her unparalleled ability to synergize with powerful ranged agility carries like Drow Ranger, Luna, and Medusa. This made the hero extremely reliable and allowed Venge to continue finding success despite getting picked up quite frequently.

By enabling her cores to hit enemy towers without taking any damage, Vengeful Spirit allows skilled teams to quickly take down objectives and start constricting the opponent’s map. This high paced playstyle is further supplemented by her extremely low cooldowns, which allows Venge to constantly be ready for the next engagement.

Wave of Terror makes her excellent at stacking as well as dewarding high cliffs, or just scouting potentially unsafe areas for enemy heroes. Creative players will constantly be finding new ways to use Nether Swap to juke enemies and save allies. While this hero is still playable without a ranged carry pairing, it notably found much less success at the OMEGA League when those were banned and it was forced to play with something else like an Alchemist or Spectre.

Faceless Void emerged as the premier carry of the event and has been extremely successful in recent pro-level pubs as well. This success isn’t as a result of any recent buffs to the hero, but instead from Faceless Void remaining largely unaffected by nerfs while the other meta carries of choice fell around him.

Chronosphere remains as impactful as ever, and Faceless’ ability to shake off damage makes him an extremely difficult target for the opponent’s offlane to try to kill. Void provides unparalleled lockdown from the carry position, which is extremely well suited to catching the very mobile heroes zipping around this patch.

Due to all of these factors, Faceless Void found extensive success at the OMEGA League and became the most picked and banned carry of the event. Another factor driving his success in the new patch was the heavyhanded nerfs to two of his strongest lane counters; Doom and Venomancer, which pretty much eliminated them from being picked up in this new metagame.

Nature’s Prophet was an excellent choice for teams at the OMEGA League who were trying to play a faster-paced style that could come online before the other team’s later oriented draft was ready to fight. Finding most of his success as a mid laner, several players innovated on the older Orchid Malevolence rush, in favour of a new build revolving around Null Talisman.

Since the rework in 7.27, we’ve seen Null Talismans more prevalently across a wide range of heroes. However, Natures Prophet takes advantage of them in an extremely interesting way. The 6% spell damage boost that comes with a pair of these is enough to turn Wrath of Nature into a massive early game threat, which can fully destroy creepwaves.

This further supplements Nature’s Prophet’s high-pressure playstyle, by ensuring that waves are shoved in, forcing enemy heroes to make themselves vulnerable to ganks by showing on those waves. While this hero wasn’t picked up in every game, Nature’s Prophet proved to be a very effective threat in the right draft aiming to play around his early timings.

Now the OMEGA League has concluded, we’ve seen many adaptations that will be carried into future tournaments like OGA Dotapit Season 3. Have you been seeing more early aggression in your ranked pubs, or are people still favouring a very lategame style?