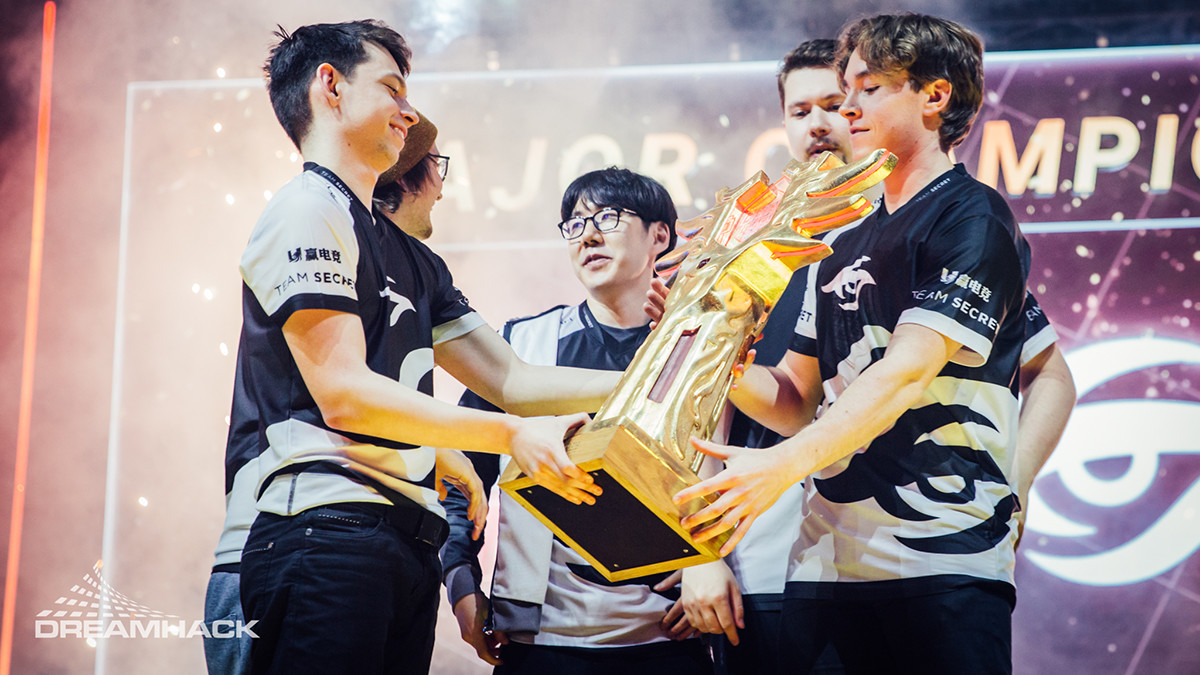 posted by NanaKrustofski,
Can any team stop Team Secret? The powerhouse claims another clean 3-0 victory at OMEGA League: Europe Immortal Division, with an undefeated run of seven victories in a row.
ADVERTISING:
Before talking about the Grand Finals, we need to highlight one of the most spectacular matches in the history of Dota: Alliance vs Nigma in the Lower Bracket Round 3.

Alliance were just about to win the first match as they attacked Nigma's Ancient which quickly dropped low. Only one hit was needed to finish the game as the Ancient stood at 43 HP. But Alliance were not able to perform the final blow. Amer 'Miracle-' Al-Barkawi protected the throne by spamming Magnetic Field as Arc Warden and Nigma were able to kill off the intruders one by one. Eventually, the team turned the tables and stormed down to conquer [A]'s base, winning the game with one of the biggest comebacks ever.

If you couldn't watch the series, make sure to check out a replay or some highlights.

The third time is not always a charm

Over 400,000 viewers tuned in to the Grand Finals, so you know the two teams delivered a great show – and of course, that WePlay!'s production value was on point.

OG and Team Secret had three encounters throughout the entire OMEGA League. Secret won the group stage series with a dominant 2-0, the Upper Bracket Final with a 2-1, and the Grand Finals 3-0.

The first match was the most balanced one, as OG had the chance to claim a victory. Yeik Nai 'MidOne' Zheng's Sven was so threatening in the early and late game, that Clement 'Puppey' Ivanov purchased a Blink Dagger to escape.

However, Lasse 'Matumbaman' Urpalainen was able to catch up with his 16/8/15 Faceless Void and Secret were able to turn the game around. Secret took the game from being behind to a 17k networth advantage in only five minutes and claimed the first victory of the series.

The second match was a classic stomp as Secret won the match after 29 minutes with a 31-14 score. Even though Outworld Devourer is currently not on top of the meta and hasn't been played in the tournament so far, Michał 'Nisha' Jankowski still went for the niche pick.

Nisha showed a flawless OD game and finished with a 10/3/9 score as well as several saves against the enemy Troll Warlord. MATUBMAMAN on the other hand increased his KDA even further and got his Lifestealer to a 16/2/5 score, including a rampage.


No hope for OG

If two-time world champion Topias 'Topson' Taavitsainen finished a match with a 0/6/1 Sven, you know the opponents played phenomenally. Secret completely crushed OG in the third game and claimed the victory after 22 minutes with a 29-6 result.

Yazied 'YapzOr' Jaradat rolled over OG with a 3/0/21 Earth Spirit. Matu cleared a set of racks with his signature Lone Druid, backed up, won a team fight and then simply went on to attack another set of racks – all before 20 minutes.

Secret won another Grand Finals without dropping a game. They are now on an incredible streak of seven Grand Finals in a row, all of which they won 3-0.


Fluff: A new hero is announced

Since OMEGA League was set to serve as a substitute for The International 2020, organiser WePlay! also took on one of Valve's traditions: they suggested a new hero, Danko the Forsaken Dolphin Acolyte. What do you think about the dolphin?