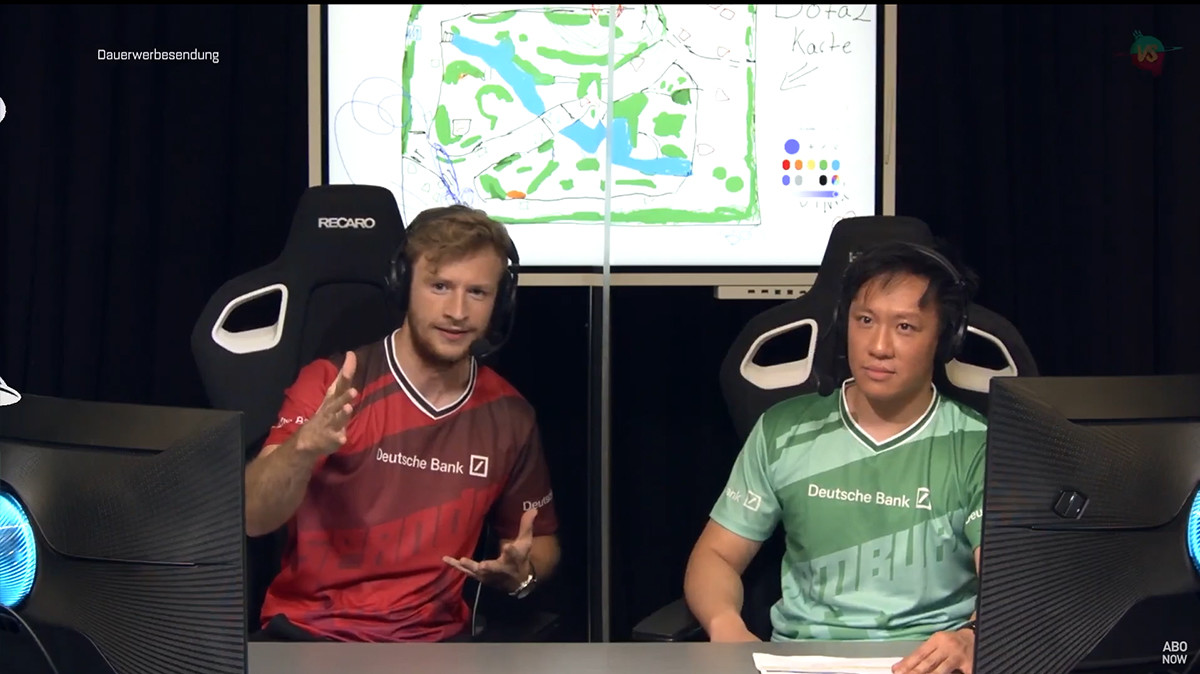 posted by NanaKrustofski,
gamescom was home for The International 2011 nine years ago. Now, the video games fair once again showcased Dota 2 in a special, yet somehow chaotic, showdown.
ADVERTISING:
What were the most popular Dota events in the past months? The OMEGA League? ESL One Thailand 2020? Or a showmatch as part of a multi-game tournament with League of Legends influencers and Dota newbies?

In course of the digital gamescom 2020, a special Dota battle was hosted. gamescom is the biggest video games fair in the world with a plethora of game announcements, booths to try titles and hardware hands-on and special show. Readers might be familiar with the name, since it was also showplace of the first ever The International. Due to the pandemic, the fair has to take place in the virtual realms this year. Part of gamescom 2020 is the gamevasion, where German influencers and well-known stars of the esports and gaming scene battle each other in a series called Hamburg vs. Spandau.

The series jokingly aims to determine which is the esports capital of Germany. Players from Hamburg fight against representers from Berlin Spandau in several titles, one being Dota 2.

Obviously, the teams gathered their best players from their region. No, it was not Kuro S. 'KuroKy' Takhasomi who represented Berlin. HandOfBlood, one of the most famous German influencers who actually is a League of Legends enthusiast, carried the team, alongside with LoL-caster Sola and other MOBA proficient streamer.

On the opposing side, Hamburg assembled a squad with Rocket Beans TV members, a German gaming livestream "TV" channel and media company. It included Nils Bomhoff, one of the faces of the company, who was apparently playing Dota for the first time. He provided great entertainment, nonetheless.

The event was aired on different particpants' channels at the same time, gathering a total of over 30,000 viewers. Interestingly, most of them were non-Dota fans and watched a match of Dota 2 for the first time. So hopefully, some of them got the hang of the game and might try it out themselves.


Were there any big Dota tournaments in your country that the community was not aware of?