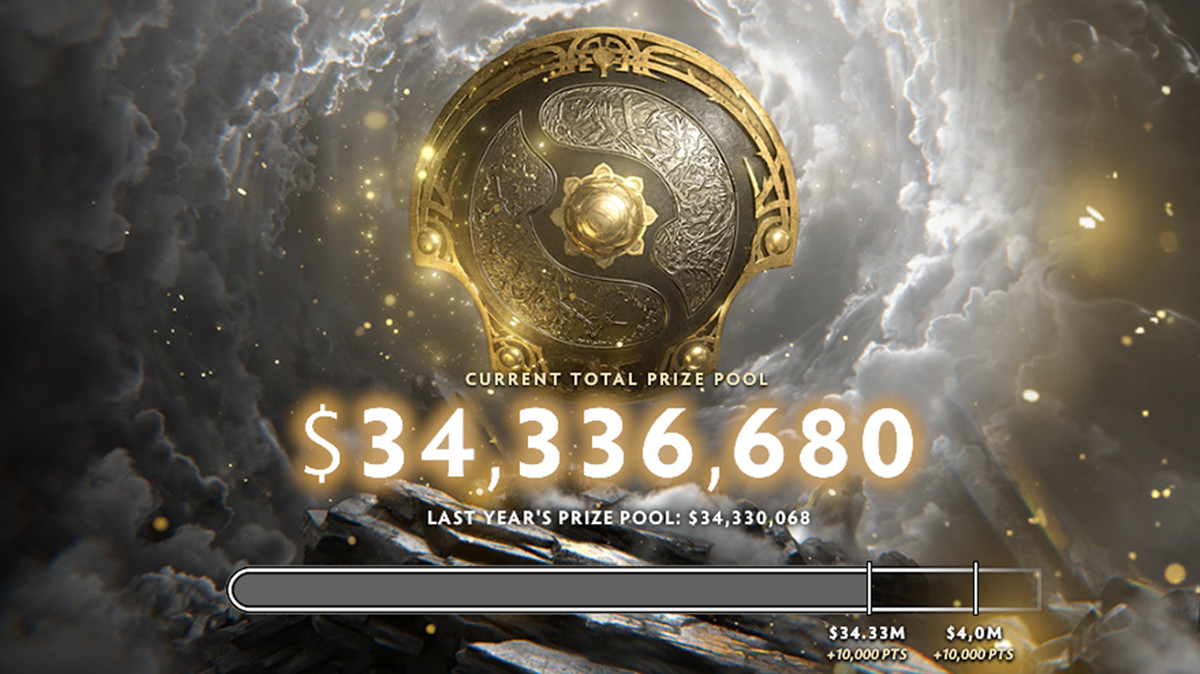 posted by NanaKrustofski,
The prize pool of The International 2020 breached last year's milestone – which also means the event sets a new world record in esports.
ADVERTISING:
Dota fans, you did it: give yourself a pat on the back, or maybe on your empty wallet. The community raised over $34,333,000 in prize money, which makes TI10 the tournament with the largest prize pool for any single tournament in the history of esports. This means it even topped the world record of The International 2019 which stands at $34,330,068.

The International 10 now has the LARGEST PRIZE POOL for any single tournament in the history of esports. It surpasses the record previously held by The International 9 at $34.33 Million. #TI10 #Dota2 pic.twitter.com/KtEB0pMty5

Players receive a small reward for their financial generosity: since last years' milestone was breached, everyone who owns the 2020 compendium gets 10 levels for free.

What makes the record especially historical: there is not even a tournament yet. TI10 is postponed until 2021, but Valve recently stated that they are unable to announce an exact date at the moment.


How is the TI prize pool so high?

TI has always boasted an extremely high prize pool which also catapults TI champions and runner-ups to the top of overall esports player earnings. On the list of the highest earnings among all esports titles, the top 40 features 37 Dota players – the uniformity only gets disrupted by three Fortnite pros.

Valve provided a base of $1,600,000. The community then crowd-funded additional $32,735,743. Dota features a Battle Pass in-game which players can level up either by completing challenges and playing matches, or simply by purchasing levels with real money. 25% of all proceeds of in-game purchases related to TI contribute to the tournament prize pool

What do you think: how high is this TI's prize pool going to be at the end?