The best heroes to dominate the offlane in patch 7.27c 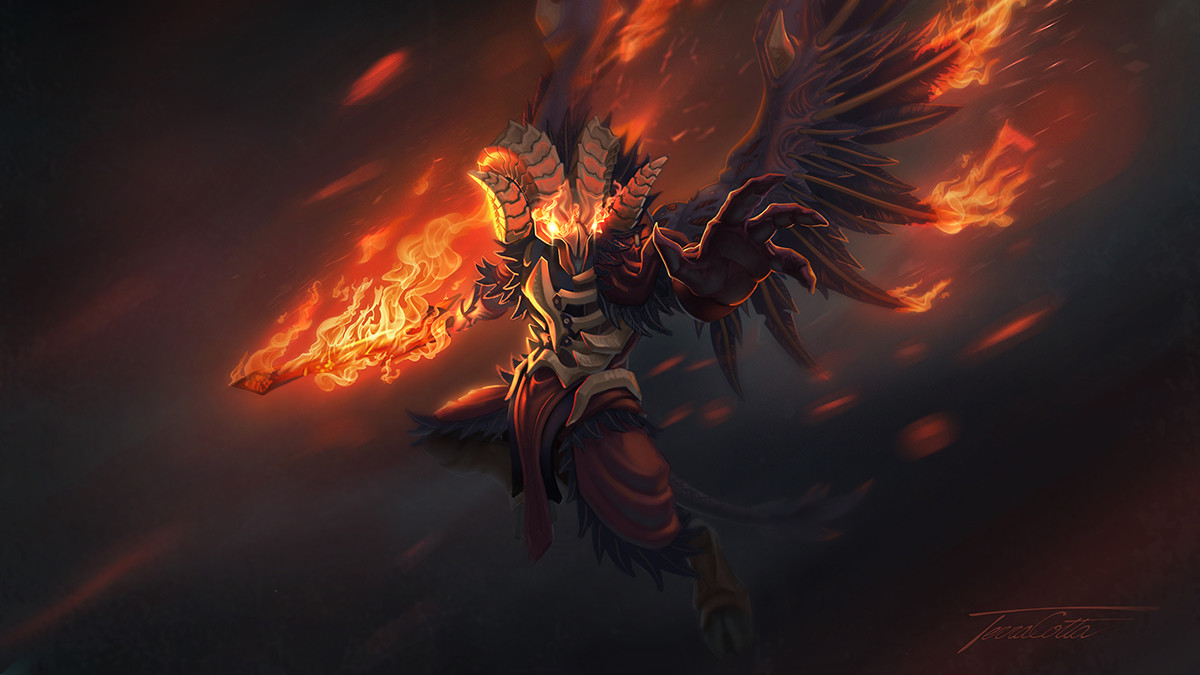 posted by Liightsdota,
With the metagame shifting towards a style that favours more lategame carries, the offlane has adapted to punish these greedier safelane choices.
ADVERTISING:
The best offlane and support heroes of the patch can apply tremendous pressure against the relatively weaker safelane duos which we’ve been seeing recently. The approach which has been seeing the most success features offlaners who offer fantastic utility, lots of itemization flexibility for the core threats in each individual game, and a strong laning phase. This frequently leaves the support as the primary initiator for the team, which has caused a shift towards gankers and Blink Dagger building initiators from the four support position. Here we’ll explore some fantastic hero options for offlane and support players to take into their pubs successfully.

Underlord has an above 50% winrate against every hero

Underlord has been blowing up completely across the professional and pub scene, since his rework to Atrophy Aura, which eliminated the permanent damage component. While people initially thought this was a nerf, Underlord’s winrate has increased since the changes that came along with that rework. This hero has always been one of the highest win rate heroes for pubs thanks to his simple execution and propensity to force his team to group up and take objectives. Incredibly, Underlord currently has a favourable winrate against the entire Dota cast.

Furthermore, Underlord’s ultimate allows you to apply chip damage to structures with the ability to pull your whole team out instantaneously if things start looking bad. Couple that with the fact that this hero loves building utility team items and always gets farm, and your teamfight will suddenly look significantly more impressive than your opponents’. Underlord is the ultimate team player, and thanks to his obscene attack damage and the ability to safely clear waves with Fire Storm, he frequently comes out on top of the laning phase. This hero excels at compounding upon small advantages out of the laning phase, so he can clear down objectives and end the game with superior team items. Just ensure that you have initiation from someone else on your team, as sometimes Underlord teams struggle to find favourable initiations in games where things aren’t going according to plan.

Doom skyrocketed in pick and winrate after the recent 7.27b patch which gave him a few beneficial changes, most notably getting the infamous +1 armour buff which particularly helps in the early game. More importantly, however, is that Doom fits in much better in a slower metagame, where his laning opponent will be something like a Spectre, instead of the Ursas of last patch. Doom has a great laning phase based on the sustain provided from Devour, and most heroes are forced to retreat and concede a wave of creeps every time Doom uses Scorched Earth. Most carries have to simply flee the lane or feed the moment Doom hits level six, and he can use this early threat to force down towers and amass some excellent early game chasing items like Phase Boots and Drums of Endurance. Some players have been doubling down on Doom’s bonus gold from Devour and purchasing a Hand of Midas, on the assumption that games will be going later in this patch anyway, giving time for the investment to pay off. Thanks to his general effectiveness in this patch, as well as the extensive sustain provided by Devour, some teams have even run Doom out of the middle lane recently. Overall, Doom is a monster in Patch 7.27c and will cause major problems for hard carries and mobility heroes in games against him.

Venomancer had the healing reduction component of Poison Sting removed in patch 7.27b, but received some damage buffs to make up for it. This hero has always been extremely frustrating to lane against for most opponents, but this metagame, revolving around taking the game later, has created an environment where Venomancer offlane can shine. Simply put, Venomancer has an extremely favourable lane matchup against all the top tier lategame carries that are being picked in this patch. As this hero wins his lane so incredibly hard, he’s frequently able to force down the safelane tower before ten minutes, restricting the enemy carry’s accessible jungle camps, and enabling the Venomancer to move to another lane and start threatening that tower. To maximize his pushing and farming capabilities, offlaners are maxing Plague Wards by level seven and sending multiple Clarities to help sustain spamming the skill off cooldown.

Clockwerk has been a favourite of support players for a couple of patches now and remains a top tier pick because of the impact it brings to the game with just minimal items. From the start of the laning phase, Clockwerk can gather a massive advantage by blocking in his creeps with Power Cogs, ensuring that his team begins the lane with creep equilibrium safely in front of his tier one tower. This move should secure a couple of levels to start the lane, which Clockwerk can use to apply major kill threat to any enemy hero venturing too far from a creepwave. Due to his excellent isolated damage and control, Clockwerk players have the option of ganking the middle lane before his level six, as long as the enemy doesn’t have a good way of escaping Cogs. After you get your ultimate, Clockwerk thrives off running around the map and setting up easy kills on immobile opponents, often having enough damage through Battery Assault to secure the kill on his own. The major advantage of Clockwerk throughout the game is that he provides a guaranteed initiator from the support position, ensuring you’ll always have a way to start fights. You’ll never be stuck waiting for another Blink Dagger before fighting because Hookshot is always ready to make plays.

Tiny is perhaps the biggest winner of patch 7.27b, bursting from seemingly zero play up to the most picked hero in pro-level pubs overnight. This hero is an incredibly versatile ganking machine, and Tiny combos will always be a huge threat for squishy heroes throughout the game. Support Tiny particularly got better thanks to the cooldown reduction to Toss, particularly during the early game. This change allows Tiny to land successive toss backs during a gank, and greatly increases his impact from the support position, when compared to previous patches. Though we’ve been seeing it primarily played as a support, with a skill build focused around Toss and Avalanche, some players are still sending Tiny middle for faster levels to create a huge ganking threat for the sidelanes. Pros are taking full advantage of this hero’s newfound power, often going for of an early Drums of Endurance or Echo Saber to add attack speed to Tiny’s already massive attack damage.

After changes to the hits required to kill his ultimate Supernova, Phoenix has soared back to popularity, seeing major success in both the four and five roles. Phoenix’s ultimate is now more survivable in the early game, further ensuring that you’re able to land the stun and rebirth successfully. Perhaps his most impactful spell however is Sun Ray, which professional Phoenix players make extensive use of to sustain pushes and secure kills from a safe distance.

This hero’s ability to scale with levels alone make him a great candidate for Hand of Midas which is extremely popular right now. Additionally, because you’re largely playing around your spells, there is a huge amount of flexibility in the effective item builds you can make on this hero. Another excellent and unique choice is Meteor Hammer, which has been starting to see more play since it’s stats were changed. Pheonix can cast Meteor Hammer while mid-flight in an Icarus Dive, allowing you to siege towers with it from complete safety. Keep in mind, when you have a Phoenix on your team, the value of Treant Protector as the other support rises significantly, as he can almost guarantee a successful Supernova if he uses Overgrowth to protect it.

By pairing the patch’s strongest utility offlaners with initiation from the support position, you should be well on your way to dominating the offlane in your pubs!

What other heroes have you found success with in the three and four positions?