Dota heroes and their jobs in real life 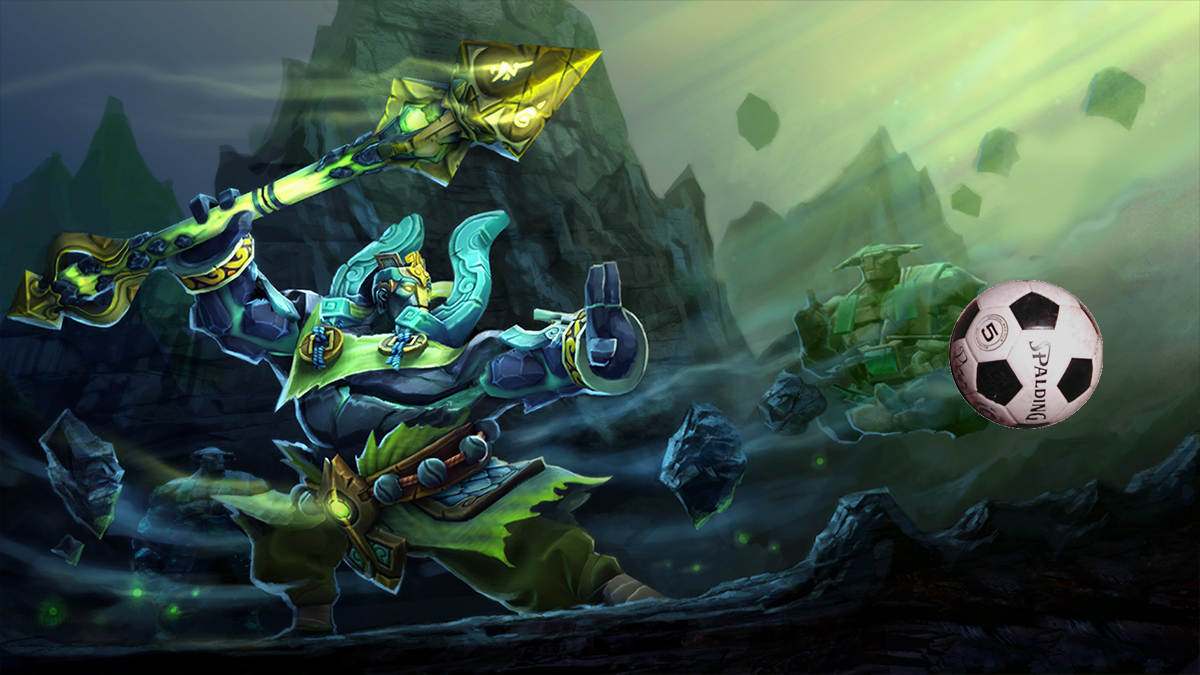 posted by NanaKrustofski,
Queen of Pain has a true horror job and Earth Spirit is a superstar that even outplays Lionel Messi: the jobs Dota heroes have when they aren't fighting.
ADVERTISING:
It is August, so usually every hero is getting ready for The International. 119 characters are exercising like athletes for the Olympic Games, all eager to be picked in the most important tournament of the year.

However, TI10 got postponed indefinitely. So not only do all heroes have a lot of free-time on their hands, they also need to search for an alternative job. The holy battlegrounds are closed, the big prize money is missing – but how could the heroes make their living outside of Dota 2?

Anti-Mage has a traumatic past as he had to witness his people, the Monks of Turstarkuri, getting slaughtered by the Legion of the Dead God until no one was left alive – except for him. The lonely survivor swore to obliterate the Legion and even bring an end to all magic. As his name suggest, this is his only goal in life: bring an end to all magic! He followed this destination for years, spending every second hunting down magic, his mind being completely obsessed with the never-ending hate and desire of revenge.

But what do you do in a world without magic, like our Earth? You continue your hunt without success, see potential wizardry everywhere and eventually turn insane. He is now a conspiracy theorist who accuses random people of sorcery. He also thinks that the Earth is flat, since he spent the last 94,829 years on the fields in Dota 2 where he only walked between the two Ancients.

Axe originally tried to earn money as lumberjack, but even though he is extremely strong, he is still only a single guy with an axe in his hands. He refused to pair up with colleagues as he is convinced that "a one-man army is by far the best." Axe also rejected technology to chop down trees, and his business quickly faced its end after Timbersaw founded his own logging company. Timbersaw could get the jobs done 10 times as fast thanks to his advanced saw blades and equipment.

The traditional lumberjack Axe faced financial ruin and had to go take on a different profession. Since he did not want to let go of his precious weapon, he simply entered the execution business and became a headsman.

He brews beer and is drunk all day, what did you expect?

If you ever encountered a decently skilled Earth Spirit player in your pubs, you know how impressive this green boy is when it comes to kicking stuff around. He tried this trick with actual people in the real world as well, but quickly discovered that there is a better option: football. He went on to join Real Madrid and won the Champions League four times in a row.

Meepo works as cashier at a petrol station. He doesn't really like his job, but he steals money from the till every now and then, and also raids some of the paying visitors who just wanted some fuel for their car.

Pudge was really happy when he found out he could continue his old job as a butcher – and even get paid in our world. He opened up his own butcher's shop in a small town and got some great success. Even though he looks scary and slightly, or actually extremely, disgusting, people loved his goods. No other butcher offered meat this delicious and tender!

Rumour has it, that he gets his raw material by porting into the Dota universe and collecting some of the dead heroes we are feeding in our pubs every day. But since no one knows about this atrocity, everyone keeps visiting his little store and gets some shish kebab made out of Sven or some juicy Centaur Warrunner steaks.

Akasha loves one thing: to cause pain. And which profession in our world causes most pain? Going to the tax office and sorting out your taxes. Queen of Pain gets a lot of joy seeing the desperate faces of her customers every day.

Unfortunately, Riki is jobless ever since he wandered into our world. He wrote a lot of application emails and got invited for job interviews, but the HR people who conducted the interviews could not see him as he was invisible, so they all thought he did not show up.

Shadow Shaman makes use of his ability to hex others into chickens. He discovered that his ability works in our world as well, so the next logical step for him was to hex a bunch of people he didn't like and open up a mobile grill shop.

The old lovely granny Snapfire leads a double life. She opened up a cosy little bakery in the American countryside where she offers the cutest cookies and is especially beloved among the children in the area. However, she does not make enough money with that job to buy food for her dragon Mortimer, so she also practices money laundering in the back of her shop.