joinDOTA Time Walk – A history of The International 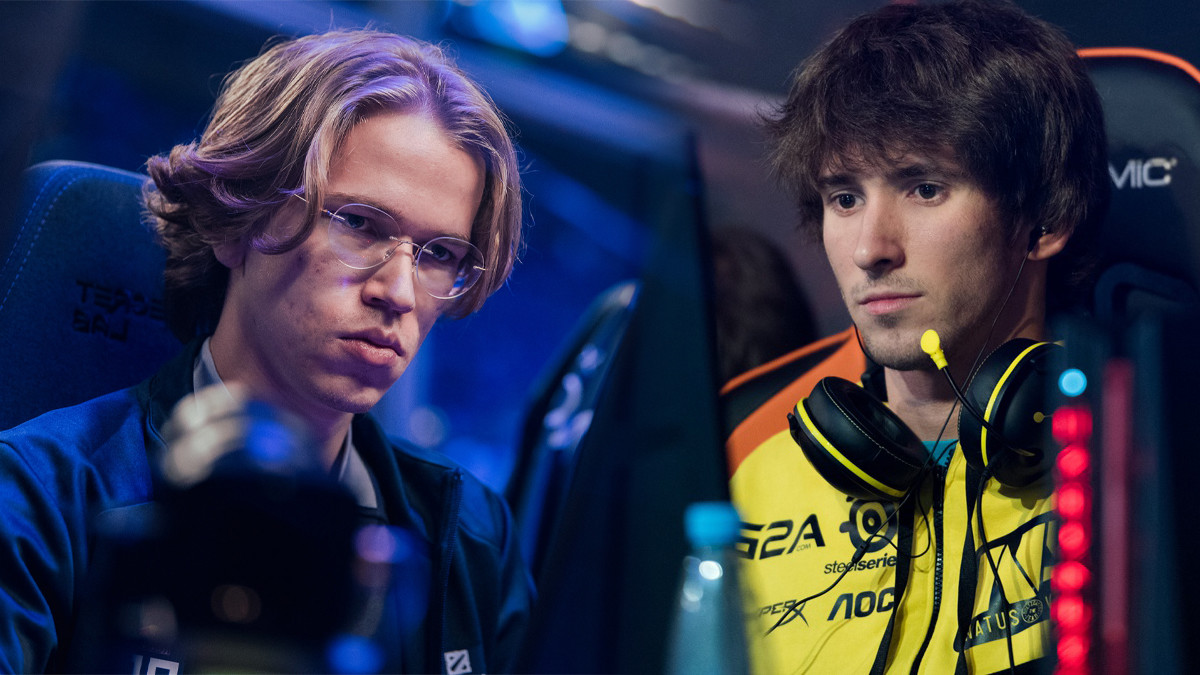 posted by NanaKrustofski,
It is August, so there should be a thrill of anticipation for The International among the community. Since this year's world championship was postponed, a cloudy void hovers through the community. To keep spirits up, we take you on a time walk back through the history of TI.
ADVERTISING:
What is the most important time in the entire year? Your birthday, Christmas, the anniversary with your loved one, or maybe The International? If you choose the latter, disappointment might have found its way into the usually excited mood that always starts to crescendo once you tear off the July's calendar sheet and welcome August into your life. Everything in the world of Dota leads to this one week in the year, where the most skilled players form the most dangerous teams come up with the craziest strategies, polish their tactics to perfection and then face each other on the legendary battlegrounds of The International.

The biggest tournament in esports, the master challenge in Dota, the multi-million dollar dream, the one goal that every single player strives for and prepares for the entire year. Fans boost the prize pool to a maximum and keep surpassing not only themselves but also the world record of the highest prize pool in esports. 2019 reached an incredible $34,330,068 and the community is eager to push it to $40 million this year. Win this event once and become a multi-millionaire. TI is the place where records are broken and champions are made.

But how did this mega-event start? How was the Sangraal, the Aegis, forged for the first time? Let's pick Faceless Void and cast a time walk nine years back from now and take a stop at each edition of the greatest tournament.

The International took place for the first time from 17 - 21 August 2011 not in it's long-time venue in Seattle, but at the GamesCom in Cologne, Germany. The Gamescom is an annual fair for video games and is considered the world's largest gaming event. Publishers and tech companies all aim to present their newest products and catch the attention of the hundred-thousands of visitors who are strolling through the crowded halls. Naturally, it seems to be the perfect place for Valve to present their newest masterpiece.

DotA started as a mod for Blizzard's flagship title Warcraft III: Reign of Chaos and its expansion The Frozen Throne. The mod started to gain more and more popularity and an esports scene started to evolve. In 2009, Valve started to get involved in the project to develop a stand-alone game, Dota 2. Two years later, the finally showcased their product, featuring the following trailer.


TI1: The first ever battle of the Dota champions

To properly celebrate the announcement, Valve organized a tournament for 16 teams from all over the world and offered a prize pool of $1,600,000. The first installment of the super spectacle ended with the Grand Finals between Natus Vincere and EHOME. Na'Vi took the series with a 3-1 score, which cemented the reputation of the team as best Dota team in the world. In particular, their midlaner Danil 'Dendi' Ishutin rose to fame and basically became the face of the scene.

The International 2012 was won by the Chinese team Invictus Gaming, so the first cycle of the Western-Chinese-TI-champion-pattern was complete. Na'Vi was right at their heels and eager to claim their second victory in a row. But even though iG were able to defeat the legendary black-and-yellow squad 3-1, Na'Vi stole their spotlight in a previous encounter with the iconic The Play, the most hyped turn-around in the history of Dota.

TI3: The Kings of the North

The International 2013 once again featured a familiar face in the Grand Finals: Na'Vi fought hard to get their second Aegis, but this time, they got stopped by the Swedish Alliance. Alliance conquered them 3-2 in the Grand Finals after Henrik 'AdmiralBulldog' Ahnberg scurried to the finals with his rat-Dota strategy. The S4 Puck Million Dollars Dream Coil from Gustav 's4' Magnusson secured [A]'s victory and the team was crowned Kings of the North – and of the entire world of Dota.

It was time for another Chinese squad to win the world championship, so Newbee ascended from a bad start in the group stage to a 3-1 victory against Vici Gaming in the Grand Finals. Chen 'Hao' Zhihao's Weaver shukuchied towards victory and since the prize pool had already increased to a handsome sum of $10,923,977, Newbee, who took half of it, received a sizeable 5 million dollars.

By winning The International 2015, Evil Geniuses proved to the world that America has just as talented players as the rest of the world. On top of that, at only 16-years old, Sumail 'SumaiL' Syed Hassan was crowned the youngest TI winner of all time – and also became the youngest esports millionaire.

TI6: A cinderella story and the most impressive team

The International 2016 brought two highlights of storylines. Digital Chaos* was formed at the last second by unwanted outcasts and had an incredible cinderella run, finishing in second place. The team that then beat them 3-1 in the Grand Finals was Wings Red Gaming*. The mysterious team emerged from the Chinese region and turned out to be a legendary roster that was praised for it's incredible flexibility and their talent to make any strategy work.

German captain and support player Kuro S. 'KuroKy' Takhasomi has participated in every TI so far, but never managed to come out on top. The International 2017 finally was his chance to break the curse and his Team Liquid swept up Newbee 3-0 in the Grand Finals. The roster has stayed together ever since this victory, apart from Lasse 'Matumbaman' Urpalainen.

Not only Kuroky is a fan's favorite, Johan 'BigDaddyN0tail' Sundstein is just as beloved in the community. The Dota scene hyped to see him succeed with OG. The team was assembled shortly before the qualifiers for The International 2018 started, but they marched straight towards glory and defeated PSG.LGD 3-2 in the Grand Finals.

In 2019, OG broke two curses: not only did they break the unwritten rule that Chinese and Western champions take turns, but they were also the first team and players ever to win The International twice – and they managed to achieve this back-to-back. Team Liquid challenged them in the Grand Finals, so a double-TI winner was guaranteed this year. OG surprised their opponents with their IO-carry strategy and aggressive playstyle, and after a 3-1 battle, they laid it on the line that they are without doubt the best team in Dota.

What is your most memorable moment from all The Internationals?