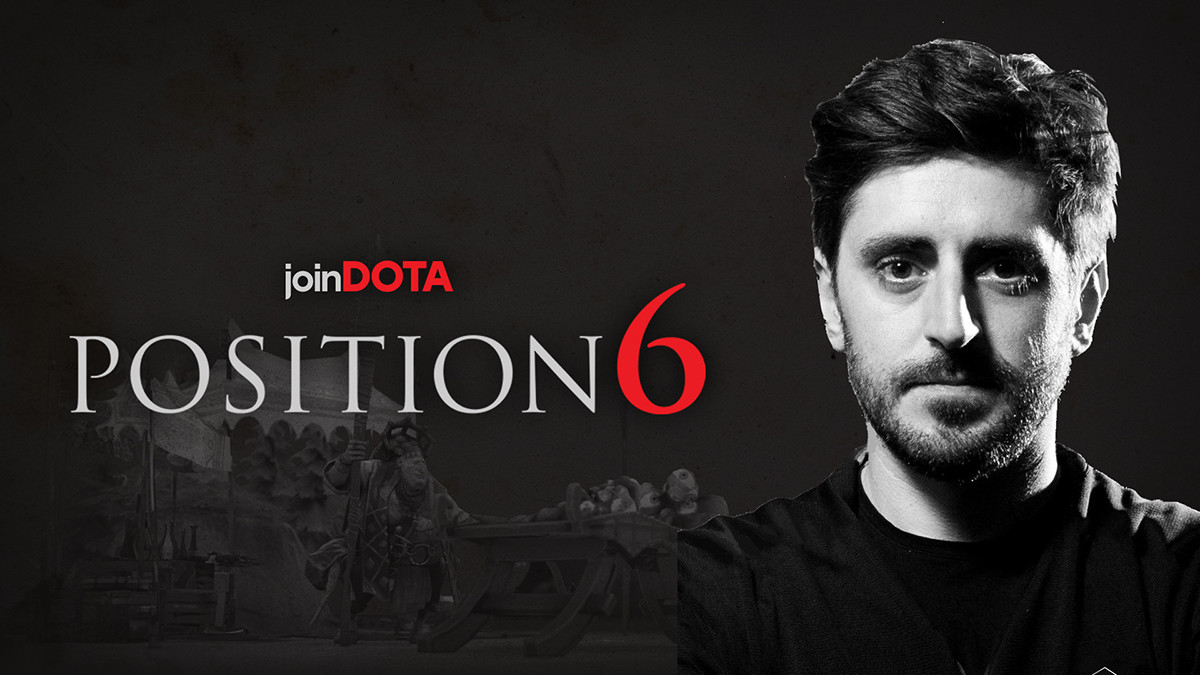 posted by moskvich427,
This week's guest for Position 6: JMR Luna, the newly-appointed CEO of OG Esports. Dan Offen and Luna discuss how he got into gaming, his duties at OG and what the future has in store for the team.
ADVERTISING:
For fans and players of Dota, Luna needs no introduction. However, the appointment of the former Immortals and Evil Geniuses executive to CEO of OG Esports might have come as a surprise to some. Having started his career as filmmaker in Hollywood, Luna had always been a fan of Dota, and a collaboration with Peter 'ppd' Dager gave him his first real taste of the gaming world. After that, there was no looking back!

"I think my main duty is not to ruin it for anybody."

When asked about his main duties as a CEO, Luna says that it is crucial not to "ruin" the team. Although the remark is light-hearted, there is an edge of truth behind it; he needs to maintain the good relationship and level of respect with the players, whilst also "increasing efficiency" within the team. But Luna insists it is easy to keep this balance, as the team is much more a family than it is a business. Despite their levels of fame and success, they spend most of their free time together, mostly playing Dota for fun.

What does the future hold for OG?

When faced with this question, Luna plays his cards close to his chest. He will take on his missions "one at a time", and will only expand the team in a way that would benefit the brand and tell the story of OG. It will be his job to execute the vision that Johan 'BigDaddyN0tail' Sundstein and Sebastien 'Ceb' Debs have for the brand. Given Luna's extensive experience in the creative realm which also involves diplomacy and strategical thinking, we can only assume that OG is in very safe hands.


What was your highlight of this episode of Position 6?