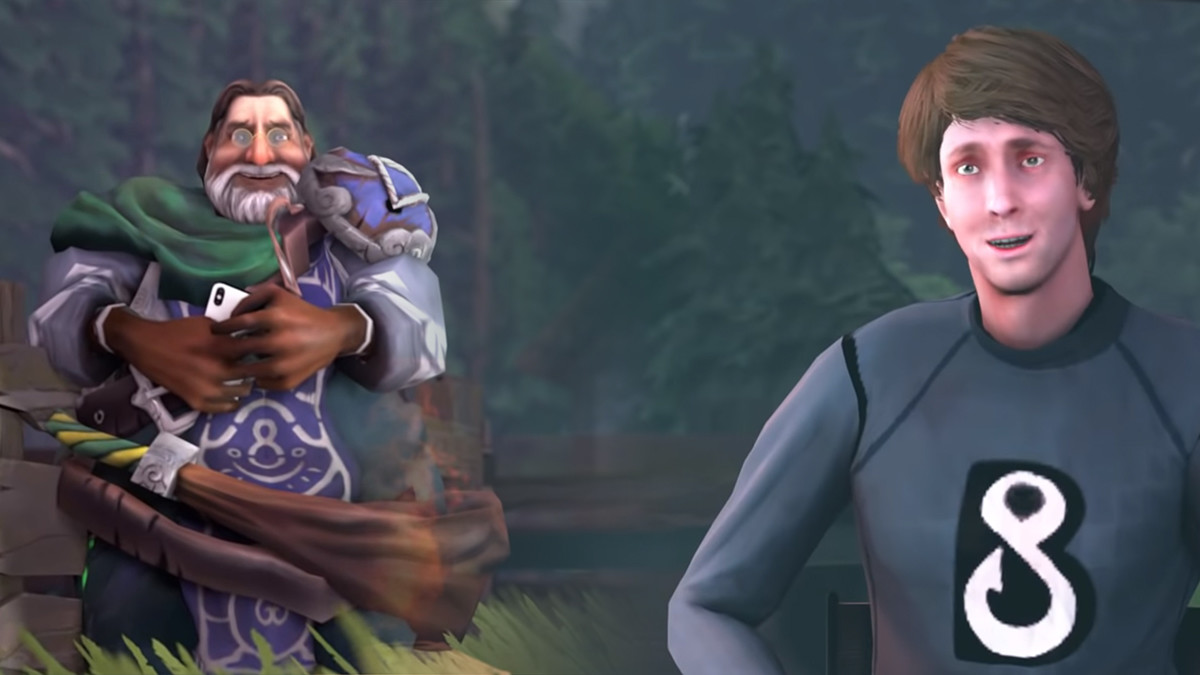 posted by Smyke,
After a sobering negative record Danil 'Dendi' Ishutin formed a new team on trial basis in the beginning of June. Two months later they decided to stay with those players.
ADVERTISING:
It's not the first time B8 surprises the community with a great video. Danil 'Dendi' Ishutin as one of the most famous players in the scene definitely knows how to use social media to get the focus on his squad:

While his announcement on Twitter is pretty short and focuses on the English community his production crew created a YouTube video in which a virtual Dendi gets interviewed by Gabe Newell. While the whole video is in Russian, subtitles help the international community to learn something about the roster:

Dendi makes the new line-up official which means Andrey 'Ghostik' Kadyk and Rinat 'KingR' Abdullin are definitely not going to play for B8 again. The Ukrainian TI winner also talks about each player and characterizes them in a funny but epic way.

The roster will take part in OMEGA League's Closesd Qualifier where they play against teams such as HellRaisers, Cyber Legacy and Vikin.gg. Only the two top teams advance to the main tournament.

Do you think B8 stands a chance in the European division of OMEGA League?