Capitalist: What will I do once Dota dies? | Position 6 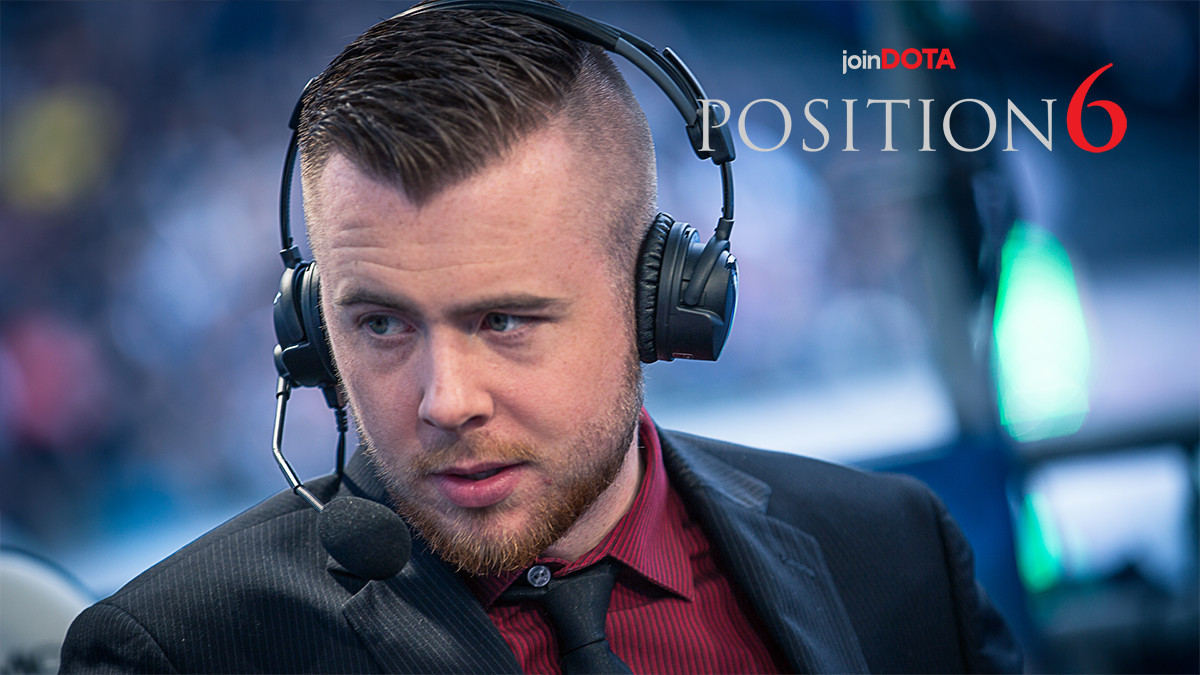 posted by NanaKrustofski,
This week's guest for Position 6: the one and only star caster Austin 'TheCapitalist' Walsh! Dan Offen and Cap discuss future plans, the recent scandals of his former casting-partners and why the scene should be more open and welcoming.
ADVERTISING:
Actually, Capitalist needs no introduction: the US-American caster entered the Dota scene over seven years ago and since that, he established himself as one of the top casters. Cap is also hold in high esteem by the community for his deep Dota knowledge that shows in his high MMR and his tournament runs as semi-professional player.

"What do I do after Dota dies?"

Dan starts the podcast by asking about Cap's career throughout the last year. The commentator reflected that basically there were no major changes for him, except for losing his dreamteam casting partner William 'Blitz' Lee as he returned to his profession as a coach.

Dan wants to know if Cap felt like he was stagnating or if he had concerns about his future. In general, he learned that a commentator in esports has to expand their portfolio to other esports titles as well to stay relevant after the main game is no longer popular. While he did not venture into casting other games, he takes reassurance in the fact that he is a unique tier 1 caster.

In order to keep a career in esports as a commentator very likely it means you have to move on to other games.

Of course, they also address the elephant in the room: the recent scandals and the #MeToo movement in the scene, where Cap took a strong stand publicly. He explains that when it comes to responsibility, he felt two-sided. On the one hand, he thinks he should have been more confrontational and investigated indications over the years, but he was not sure if he would have known what would have been the best way.

Dan and Cap also discuss the current lack of diversity in the talent line-up and came to the conclusion, that there was no easy solution for the issue. There were simply not too many female hosts and casters available and pushing a quota was not the right way. While the scene had a skilled host with Sheever and an rising play-by-play caster with Moxxi, it would be hard to find someone else to step in their place in case they were not available.

Having the courage to put your career on the line for a cause you believe in strongly enough is laudible. Very impressed with the talent of LEC and their handling of the NEOM situation.

Facing assumptions from the community

Cap also reveals the past months had been a time of learning for him. He now wants to focus more on what the community thinks of him as a play-by-play caster, instead of listening to loud voices that judge him as a person. He mentions that as a public person some community members took parts of his casting and twisted it so make assumptions about his personality.

For example, Cap explains that when he said on stream he thinks Evil Geniuses are winning the match, he would receive messages that call him "biased corrupt caster of low moral character". But while the past months were hard for him and the entire community, he believes it triggered improvement for both himself and the scene.