Nigma in Grand Finals at Dota PIT – Who can challenge them? 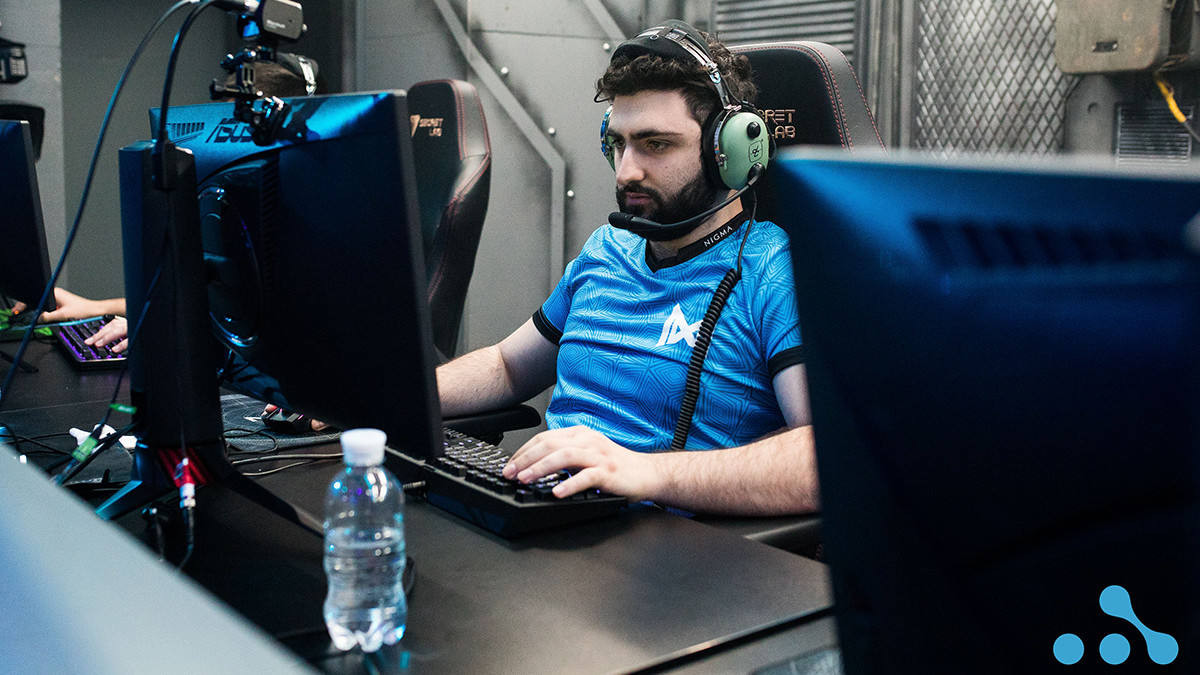 posted by NanaKrustofski,
OGA Dota PIT 2020 Online: EU/CIS will have its Grand Finals this Thursday and only three teams are left to claim the trophy.
ADVERTISING:
The Grand Finals of OGA Dota PIT Season 2 are waiting! After three days of fighting in the double-elimination bracket playoffs, the list of participants melted down from eight competitors to three. Nigma, OG and Alliance are left, trying to claim the trophy and their share of the $170,000 prize pool.

Interestingly, Nigma and OG both played with a different roster than usual: Roman 'rmN' Paley stands in for Kuro S. 'KuroKy' Takhasomi who recovers from an arm injury, and Sebastien 'Ceb' Debs returned to OG, after Sumail 'SumaiL' Syed Hassan left the team.


Nigma are the first Grand Finalist

Despite Nigma spontaneously played with their coach on position five, the team had a nearly flawless run towards the Grand Finals so far. They defeated FlyToMoon as well as OG 2-0 and then went on to defeat Alliance 2-1 in the Upper Bracket Final.

A key to Nigma's dominance: their support player Maroun 'Gh' Merhej. The 25-year-old delivered two highlight plays in their past series. The first one was against OG which Nigma demolished in two quick victories.

Especially Game 2 was a blast. Gh finished the match with a 10/2/29 Rubick and 11.8k networth – which is higher than any of OG's players. He also heavily outplayed OG in a team-fight with his heads-up Blink to dodge Yeik Nai 'MidOne' Zheng's Chronosphere, stole the Ulti and trapped OG in return.

His Rubick continued to steal his opponent's spells, hopes and dreams against Alliance. Gh ended Game 2 with another outstanding 5/0/29 kill score. When being ganked on midlane, he simply turned the fight around by a perfect Telekinesis and a stolen Spirit Siphon, which set up OG to claim four easy kills.

While Nigma defeated OG and Alliance on their way to the Grand Finals, both of the fallen teams are now facing each other in the Lower Bracket Final next. The team who wins this best-of-three will encounter Nigma again in a revenge match.

As SumaiL recently left the team, Yeik Nai 'MidOne' Zheng is now playing on position one. So far, he has had a successful start as a carry and showed a diverse hero pool. In most of the games, he finished with the highest networth and sported a good KDA. He only disappointed against Nigma as his 10/12/6 Meepo was even outfarmed by Gh.

Alliance have had a strong performance so far as well. The team claimed all their victories in a convincing manner, constantly holding the networth lead. Especially Nikolay 'Nikobaby' Nikolov had a great time in most matches.

[A] were also the only team to win a match against Nigma. However, after their first victory, they were completely overrun by Nigma in the consecutive two matches.

You can watch the matches on the official Twitch channel of OGA Dota Pit.

What do you think: who is going to win the OGA Dota PIT Season 2?