Which team could Sumail join? 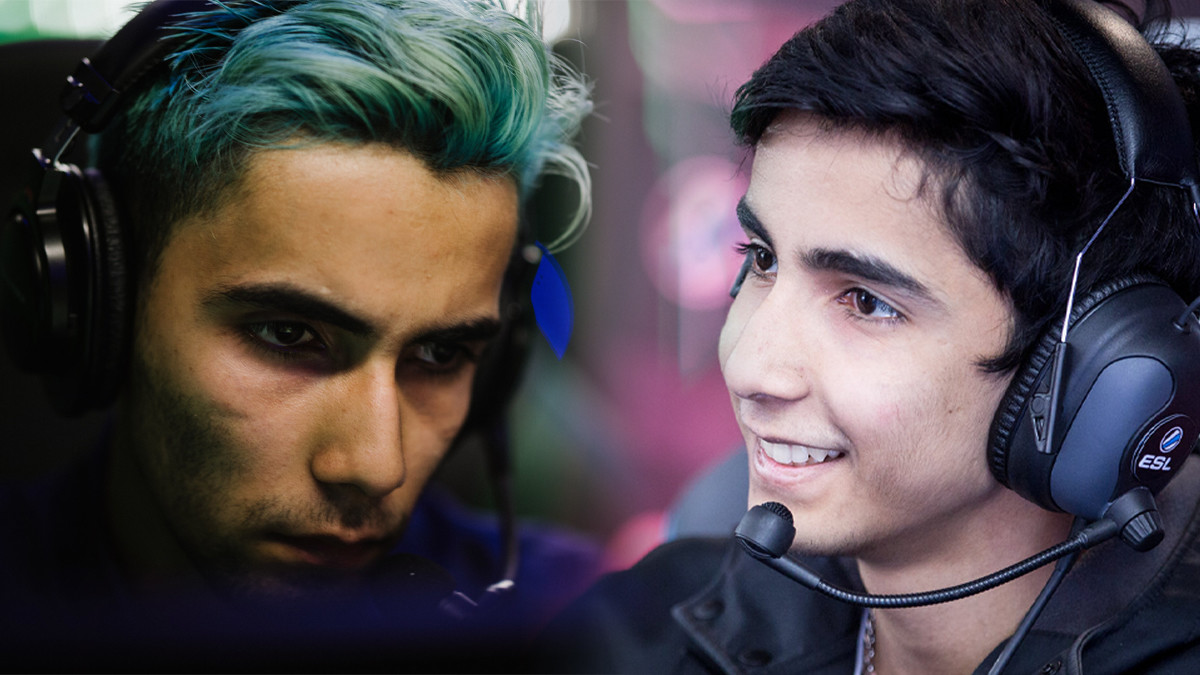 posted by NanaKrustofski,
Sumail 'SumaiL' Syed Hassan is the highest skilled free agent on the Dota 2 transfer market at the moment. Which team could he join next?
ADVERTISING:
Star player SumaiL left OG after around half a year, as the organisation announced on 25 July. Now a huge question remains: which team is the NA player going to join next?

There are no suitable teams with an empty slot at first glance. However, since it is not a regular top player but the King of Mid himself, teams might eventually decide to switch up their roster. Another possibility would be that SumaiL takes a break from competitive gaming, until the pandemic eases up and allows him to play for teams in different regions. Let's take a look at some of the options he has at the moment and what rumours are going through the community.

The theory that echoes the most throughout Reddit and social media: SumaiL will join Nigma. Despite many voices who wish for this roster-change, it seems quite improbable.

There was no official information on why SumaiL left OG, but it seems plausible that the two parties decided to part ways due to the circumstances coming with the current pandemic. As he resides in North America, he was not able to practice with his team in a bootcamp or properly participate with them in tournaments. But since Nigma is an European team as well, it seems unlikely that he would join Kuro S. 'KuroKy' Takhasomi and co. since he would face the exact same issues again.

And even more important: Nigma are not missing a player at the moment. Fans speculated on social media that Nigma should consider changes as they have been lacking top results in some of their past tournaments. However, it seems like they found their momentum again as they finished second and third in the last two events. 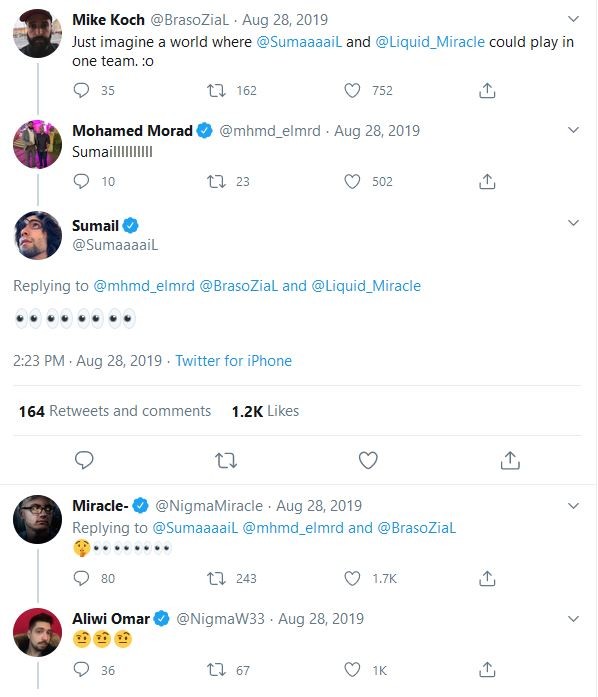 Other parts of the community want SumaiL back in North America, bleed blue and wear Evil Geniuses jersey again. But how realistic is this anticipation?

It is quite realistic that SumaiL will join an NA team. EG struggles with regional restrictions themselves as their roster consists of three European/CIS players and Abed 'Abed' Yusop who resides in Southeast Asia. The team played their past tournaments with stand-ins for Abed and Roman 'RAMZEs' Kushnarev.

While their all-stars roster is extremely strong on paper, consisting of four players over 10k mmr and Tal 'Fly' Aizik who is an extremely skilled and experience captain, the regional limitations might let them to have some considerations on their line-up. The question is: if they search for a new player, will it be a comeback for SumaiL?


What other NA teams are left?

Another theory that circulates in the depths of Reddit and Twitter: Sumail returns to Quincy Crew. After leaving EG, he briefly joined forces with his brother Yawar 'YawaR' Hassan and played for QC for around two months. Team manager Jack Chen announced the departure last year and stated that Sumail was not problematic, but simply did not fit in. So it is questionable if the Crew would once again try to work on the fitting issues.

In general, there aren't too many top tier renowned organisations in North America at the moment. There are basically six teams competing in the region right now: EG, Quincy Crew, business associates, 4 Zoomers, CR4ZY and Team Xolotl.

Forming a new team with Fear?

It does not seem too realistic that SumaiL would simply jump on any of those rosters. However, he could simply create his own team, especially since some of those line-ups are currently incomplete and have to play with stand-ins anyways. As SumaiL is such a highly rated player, he could surely convince other players to join him for a new team. For example, his old master Clinton 'Fear' Loomis could be a potential candidate, as well as Kurtis 'Aui_2000' Ling.

Fluff: Many fans have been wondering why SumaiL left the prestigious team. There was no official explanation from neither the star player nor from the organisation, but OG streamer Janne 'Gorgc' Stefanovski leaked secret information on that matter.


Where would you want to see SumaiL play next?