Ceeeeb is back, SumaiL leaves OG 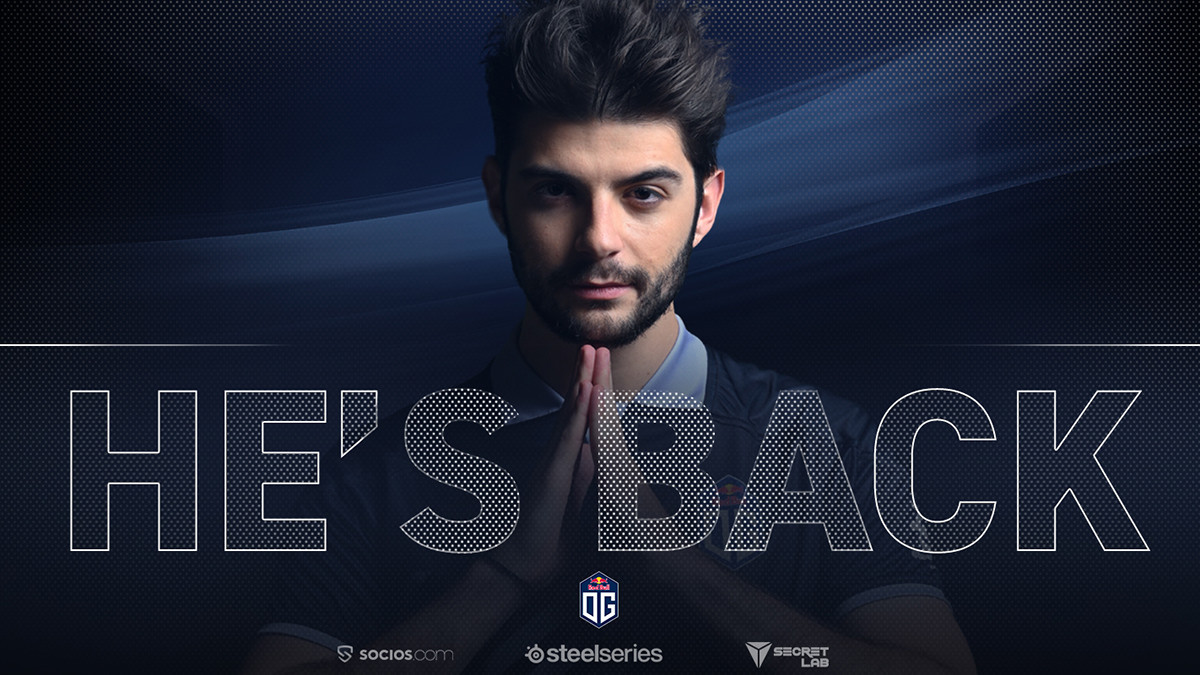 posted by NanaKrustofski,
Legendary offlaner Sebastien 'Ceb' Debs once again returns as an active player for OG. His successor Sumail 'SumaiL' Syed Hassan will be removed from the roster.
ADVERTISING:
Ceb stepped down as active player in January 2020 and went on to help his team as Head of Performance. As OG explains in their official statement, Ceb has been reflecting his career during the past months as he previously was missing a reason, or rather the drive, to further play competitively. Of course, Ceb achieved more than a Dota pro could ever dream of after winning The International two times in a row, so he did not have any goals to achieve as player.

Looks like @Ceb got the call of his lifetime...

However, he seems to have found a new drive as he simply enjoys competing, as he explains:

On top of that, Ceb reveals that he missed playing with his friends:

I actually missed them a lot. We’ve been through everything together. Every game they play in which I’m not playing felt like a waste of my time. I enjoy playing with them more than anything else

A new path for Sumail

One of the biggest roster changes in the past years of competitive Dota was when North American superstar Sumail 'SumaiL' Syed Hassan joined the European organisation OG in January this year.

Unfortunately, he has not been able to fully show his potential synergy within the team in the past months due to the special circumstances coming with tournaments restrictions and roster limitations due to the corona-virus.

OG states that the 21-years old now has been removed from their roster. There has not been an official statement from Sumail on the situation and there are no information so far on which team he is going to join next. Tell us your thoughts in the comments below, where you would want to see him play next!

Today, we would also like to thank @SumaaaaiL for his time with OG, we wish him the best of luck for what will come next for him.

He is one of the best players in the world and a fantastic person to work with, we will miss him.#DreamOG pic.twitter.com/oVvpwUJpDO


The OG line-up with their old/new offlaner is going to compete at OGA Dota PIT Season 2 for the first time. The event starts on 27 July.

What do you think about the roster change?