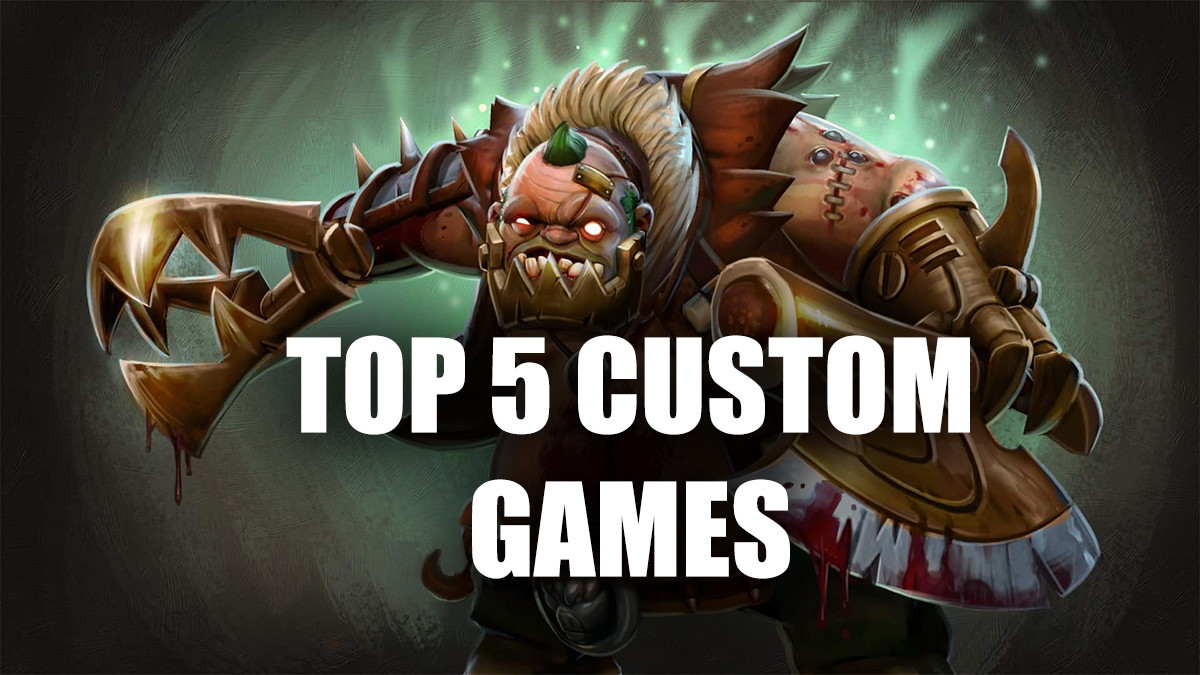 posted by NanaKrustofski,
Practicing mechanics while challenging your friends in some Dota minigames? Let's take a closer look at the Arcade section to pimp your every day Dota action.
ADVERTISING:
We all love Dota 2, but every now and then, you might face a losing streak or become frustrated over a meta that is not favouring your skills. If you still want to get your daily dose of Dota, you can try out some of the custom games that have been created by fans. You can find a plethora of mods under the section "Arcade" on the top right in the in-game menu.

Let's start with some well-known classics that are also great mini games to play with some friends.


Arguably the most popular mini game after Auto Chess, Overthrow 2.0 is always a perfect choice when searching for a fun party game to play either alone or with friends. All participants will be divided into teams, dropped on a special map – and let loose in a battle royale like format. Your only goal is to score as many kills as possible and the victor will be the first player to reach a set amount of kills.

Players have to stick with the hero they choose at the beginning and can upgrade them with items, like in the regular game. Killing heroes of course gives gold and xp bonuses, so get your perfect strategy ready to quickly score the first kills and snowball to victory.


Another must-play in the range of custom games is Pudge Wars. As the name suggests, all players are entering the battle as Pudge. Ten butchers are split into two teams and face each other 5v5. A trench splits the map in half and the goal is to hook the enemy Pudges over to your side and kill them off.

The Classic game comes with Pudge's traditional Meat Hook, but there are also versions where you are equipped with other mechanics to hook your opponents. While it is a fun mode to casually play, it is also a great way to practice your mechanics so your carry will no longer scream at you over any missed Hooks in the next pub.


The name is the game! No matter what hero you choose, you have to enter the fight with the same four skills: Pudges' Meat Hook, Mirana's Sacred Arrow, Invoker's Sun Strike and Clockwerk's Hookshot. You will end up on a small custom map and fight five versus five. The first team to achieve 50 kills wins the game.

You can also visit the shop and upgrade your hero with the usual items you know from the normal game. Similar to Pudge Wars, this mod is actually a great way to hone your mechanics.


If you are too frustrated to find your way through Aghanim's Labyrinth, you can make some mischief with Aghanim's son, Rubick. In the Grand Magus mod, everyone enters the arena as Rubick. You spawn with three random spells and kill off as many opponent doubleganger Rubicks as you can. If you don't like your set of spells, you can acquire new ones by killing an enemy, once you respawn, by casting or automatically every X seconds.

There are six different win conditions. You have either reach a certain number of kills, score the0 most eliminations within the time limit, be the last Magus standing and so on. The Grand Magus mode is a perfect way to get to know more abilities and try them out.


Have you ever been overwhelmed with how much action is happening on the screen at the same time? Lost sight of your own hero because the team fights where too chaotic? How about you amp up the game and engulf it into complete shambles by doubling the amount of heroes on the field?

Dota 10v10 is a crazy but entertaining experience that also used to be presented at The International for the annual All Stars match. While you can play the mode with randoms, it is also a great minigame for LANs or to challenge your friends in an online duel.

What are your favourite custom games?