Hero Breakdowns: How EG.Arteezy plays carry Sven in patch 7.27b 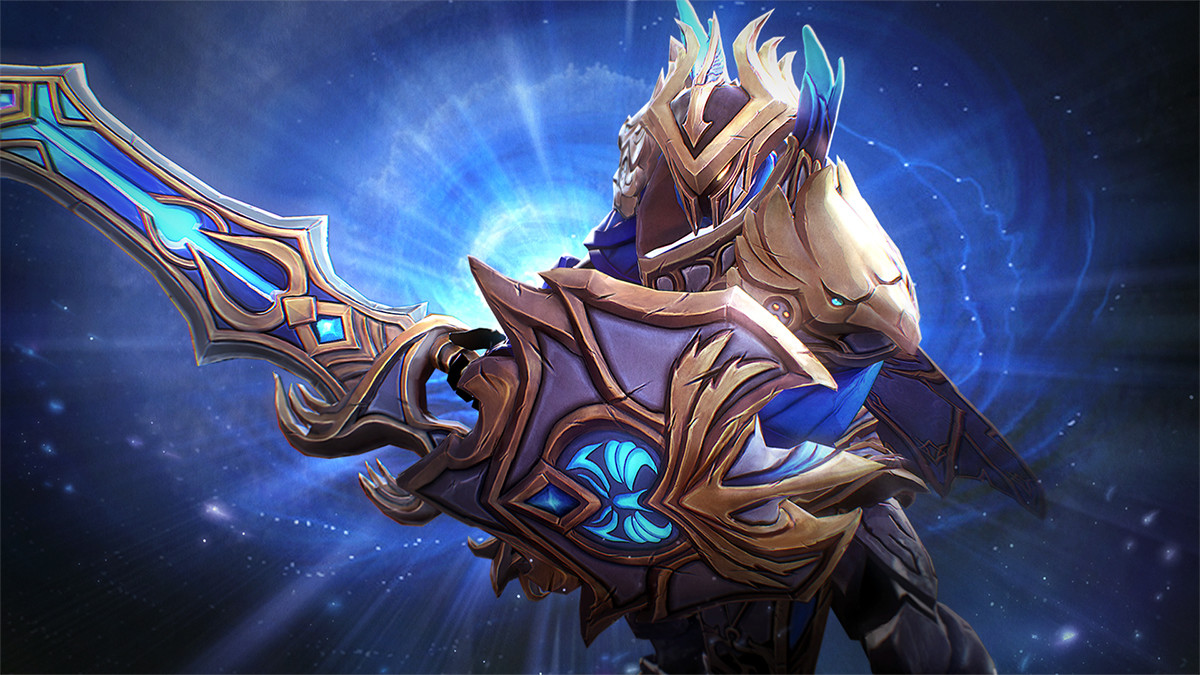 posted by Liightsdota,
For his first games testing the new patch Artour 'Arteezy' Babaev has been spamming the recently reworked Sven, eager to test the hero’s viability in the new metagame that came with patch 7.27b. Today we’ll investigate his approach to playing with this latest iteration of the hero!
ADVERTISING:
Following changes to many heroes in patch 7.27b, everybody is testing to see who’s the best choice for the new metagame. One hero which stood out to many was the reworked Sven, who’s winrate has seen a healthy increase since the changes. This piece will examine Arteezy’s new approach to the hero in one of his first pubs of the new patch. This match boasted a whopping 9162 average MMR, and you can see the drafts for the game in question below. 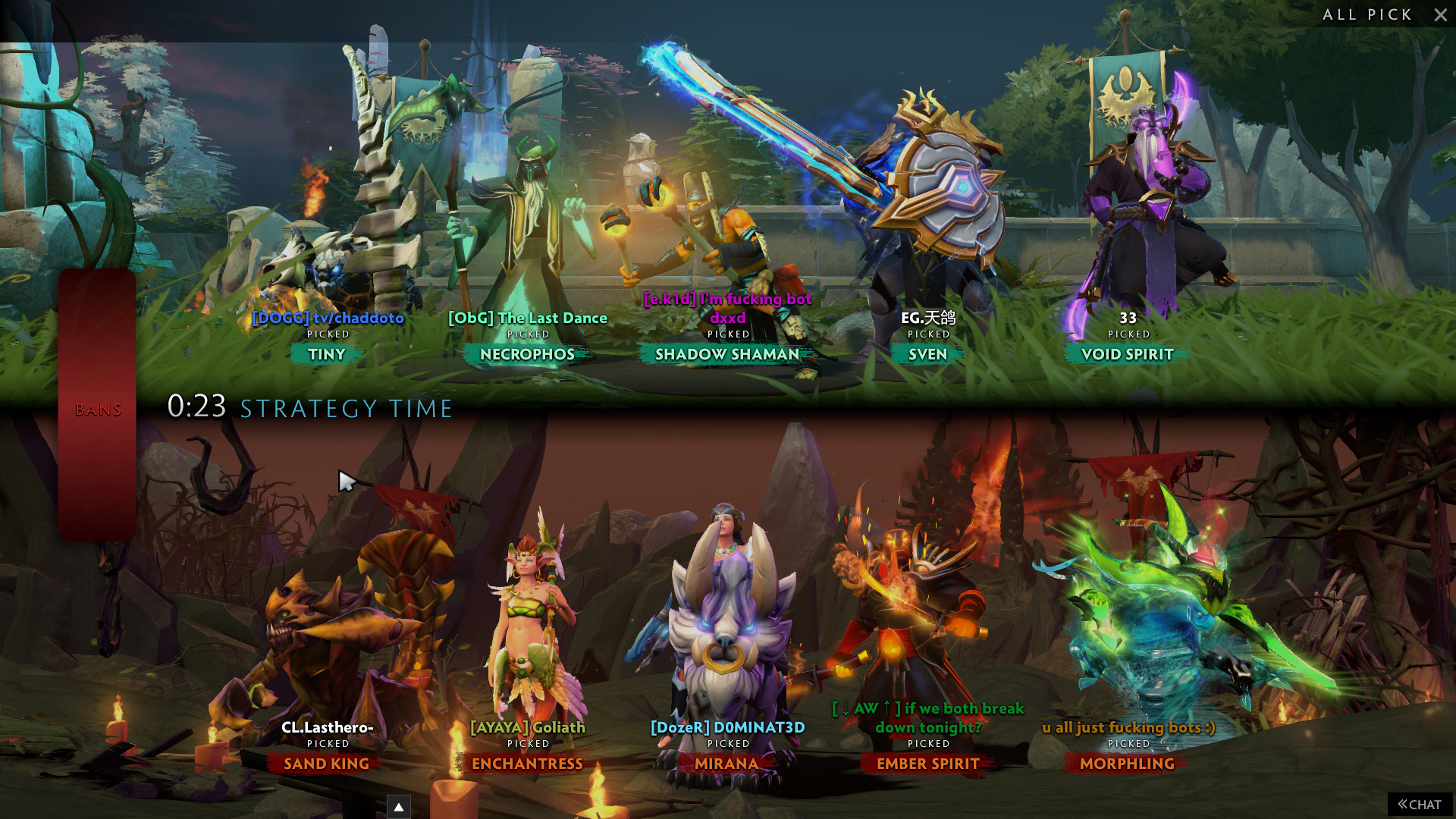 Sven has always been a very strong laner when paired with a hard support who can follow up on a Storm Hammer target in order to secure kills. This hasn’t changed, and Sven is able to lane excellently with any number of supports who have a stun or slow. When drafting Sven, it’s preferred to have a midlaner who’s able to play actively after getting their level six powerspike. This allows his team to make action happen all around the map, buying time for Sven to farm up enough items to take over the game. From the offlane and support roles, Sven prefers to have some kind of initiation on his team, allowing him to follow up his team-mates so he can cut down his stunned opponents. When playing Sven yourself, you’ll find the most success with a friend playing Vengeful Spirit, Witch Doctor, or even Io as your lane partner.

In this game Arteezy displayed one of Sven’s strengths, his deadliness when paired with strong aggressive supports as his lane partners. Because of both his ability to take over the game when provided with protected farm, and his ability to offer fantastic setup and damage with Storm Hammer, Sven has always thrived while playing in aggressive lanes. Though trilanes haven’t been as popular during the most recent patch, in this particular game they’re able to begin the match with the triple stun combination of Shadow Shaman, Tiny, and Arteezy’s Sven. In some of his other recent games on the hero, Artour started with his first level in Great Cleave, however in this match he saw an opportunity for a kill prior to the starting Bounty Runes, and skilled Storm Hammer in order to secure First Blood. 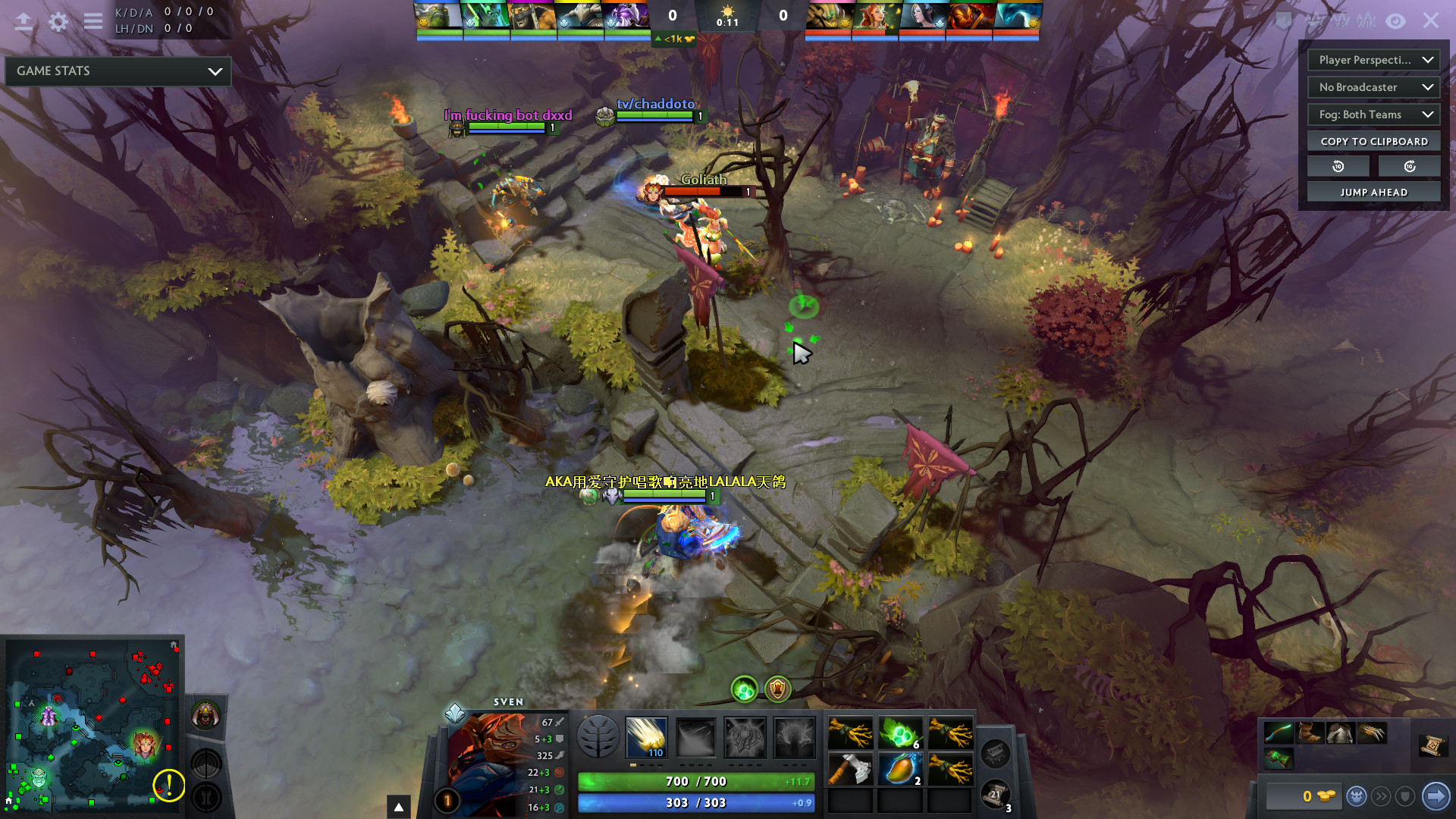 Following the First Blood, Arteezy proceeds to the first wave of creeps, where his opponent’s Sandking reveals that he has skilled Sandstorm at level one. After the first cast of Sandstorm expires, Artour identifies an opportunity to quickly punish the offlaner, and runs past the second creepwave to secure an all-in kill on Sand King by combining with his two supports. With the start of Sven’s lane secured, and with Mirana unable to even approach experience range for the next little while, Tiny is able to rotate back top into a more standard 2-1-2 laning setup. In lane, Arteezy heavily focused on contesting the hard camp, ensuring that Mirana was unable to pull and secure lane balance, and forcing her to commit Leaps away for even attempting it. With his early Mangos, and the Magic Wand he completed with all his kill participation gold, Arteezy is unafraid to commit Storm Hammers in order to secure ranged creeps, frequently also stunning the Sand King attempting to deny.

After just completing his Magic Wand and Brown Boots, Arteezy’s immediate goal and choice of farming item for Sven in the new patch is the recently buffed Hand of Midas. With this item receiving consecutives buffs in the last two patches, and the attack speed synergizing so naturally with Sven, it’s understandable why Artour prioritized this item first in every one of his Sven games. Hand of Midas now grants 210% bonus experience on creeps killed by the Transmute active, and the item is 100 gold cheaper, making it’s pickup possible very early on in the game. Because of the good start to the lane he was given in this game, Arteezy was able to complete his Midas by 8:30, starting his acceleration as early as possible.

In this game Arteezy greatly prioritizes his farm above all else during the early game, which is reflected in both his skillbuild and playstyle. He maxed Great Cleave by level seven, and immediately used his first God’s Strength at level six to quickly clear a jungle camp while his lane was shoved to an unsafe position. After his safelane tower fell, Arteezy retreated to his Triangle, where he was able to efficiently farm the Ancient camp that his supports had so kindly triple stacked. Arteezy’s boots of choice this game were interestingly Phase Boots, which goes against common wisdom for Sven, but make sense in this situation. Because Artour already has attack speed from the Midas he’s already picked up, and because he’s forgoing Blink Dagger and needs some chase, Phase are the best option. The active will combine excellently with the movement speed he receives from his next big item: Sange and Yasha.

As the midgame hit Arteezy still heavily prioritized farming and avoided joining fights with his team, even if they happened close by to where he was jungling. With Sven’s incredible farming speed, Artour was able to continually farm the neutral camps in the triangle, leaving only to push creeps off of his Offlane tower when it was safe. This allowed him to quickly accelerate into his completed Sange and Yasha, but he didn’t even start fighting then. It was only after Arteezy was able to split his S&Y to get a Heaven’s Halberd, that he finally started to join fights, but the enemies were also strong and the engagement his team took didn’t end favourably. Artour remedied this setback the way every carry does, returning to the jungle and farming more items before taking the next fight. He was farming to upgrade the other half of his S&Y into a Manta Style, primarily in order to purge Ember Spirit’s Searing Chains which were allowing the enemy to kite him.

After completing the Manta, Arteezy makes an excellent map read, and scans his opponents collapsing on him through his own jungle. Arteezy quickly calls his whole team over, trying to hold their tier two towers so the opponents aren’t able to take his jungle Outpost. Here we see the first amazing use of Manta, where Artour prevents the initial burst attempt on him and buys crucial time for his team to appear. With the opponents overcommitting for a Sven kill they aren’t able to quickly grab, this is a fantastic spot to turn the fight. Good target prioritization from Arteezy’s Sven is able to easily burst two crucial enemy cores, ensuring that the fight is a victory even though Sven finally takes a death at the end.

After that convincing teamfight victory, Arteezy’s team sweeps towards Roshan, eager to push their advantage and take an objective off their success. Here he’s able to demonstrate another advantage of the Manta Style build, sending his illusions to push out the top wave while his hero is in the pit taking Roshan with his team. After an extremely long engagement, Arteezy’s team finally wears down their opponents to secure him the Aegis. Following this skirmish, they catch the opponent’s Sand King and Ember Spirit out of position in the top lane, killing them both. Because the lanes are pushed in a good position, Arteezy is able to capitalize, moving highground with his Aegis and securing his team the first set of barracks of the game.

Arteezy’s next itemization choice was very game specific, and I encourage anybody employing this build to consider at this point which item benefits them most in the particular gamestate they’re in. Because he’s playing against an enemy Morphling who represents Artour’s only real way of dying in this game, he elects to build a Linken's Sphere to protect himself from Morph’s Ethereal Blade combo. In order to fully cement his survivability for the remainder of the game, Artour finishes this build with a Heart of Tarrasque. This final itemisation fills in a bit of tankiness for the item build that was previously built into Sven’s God Strength, which gave +30 Strength when activated in the last patch. By accounting for the hero’s changes in the most recent patch, Arteezy is able to build around the hero’s new weaknesses, and is able to excel by playing the hero to its fullest potential.

What do you think of the changes to Sven? Will you be trying Arteezy’s farm heavy Midas build in your 7.27b pubs?