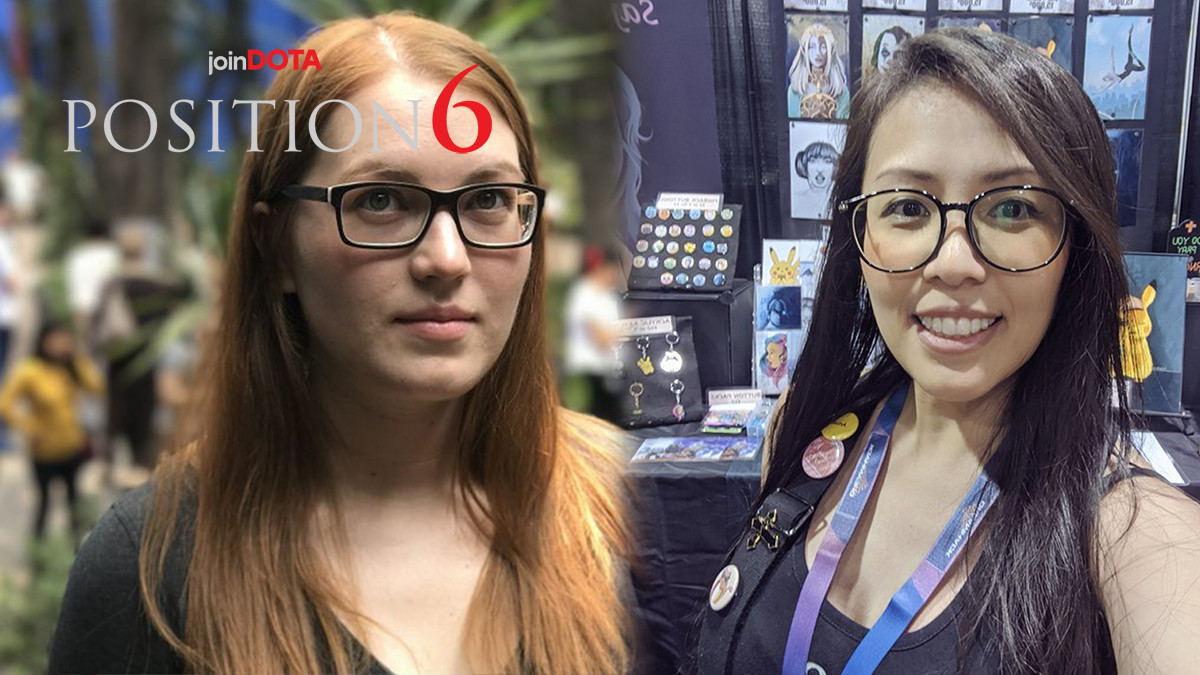 posted by Smyke,
Part two of our special Women in Dota series features Lawliepop and Sajedene. Both of them followed completely different careers, but still faced a lot of similar experiences in the scene.
ADVERTISING:

Sajedene: I don't think I would ever be comfortable enough to manage a team

Sajedene works as content creator and artist, but most Dota fans might know her as the team manager of Digital Chaos*. She explains that when she entered the scene, a lot of structure was missing and partys often did not care too much about contracts. The scene did however shift to players realising their importance as individuals, rather than just being valuable as part of a big organisation.

Eventhough DC got to second place at The International 2016, Sajedene revealed that being a team manager has been her least favourite profession. Especially in smaller organisations, the manager has to take over way roles than usual. She could not solely focus on managing the players but also had to act in the organisation's interest.

Lawliepop is the CEO of Elo.io, but you should know her from another product you might be using even daily: She is the co-founder of Dotabuff as well as project Overbuff.

Lawliepop started playing DotA Allstars in 2004 and went to her first esports event 20 years ago. She recalls that the amount of women who were involved in esports back then compared to today is a huge difference. "It was so few women, every single one stood out. (...) People would just stare at you."

She explains she used to not mention her gender so people would assume she was male. She didn't want Dotabuff to be defined as something a woman founded, but to let the actual product value of the site speak for itself.

Having so much experience in the industry, Lawliepop established very strict boundaries when interacting with others to stay safe and comfortable. But she also explains that having these strict rules also have a negative impact on one's career since the esports industry relies on networking.

Listen to the full episodes on Soundcloud!


Check out our first part of the Women in Dota Series!

What was your highlight of these episodes of Position 6?