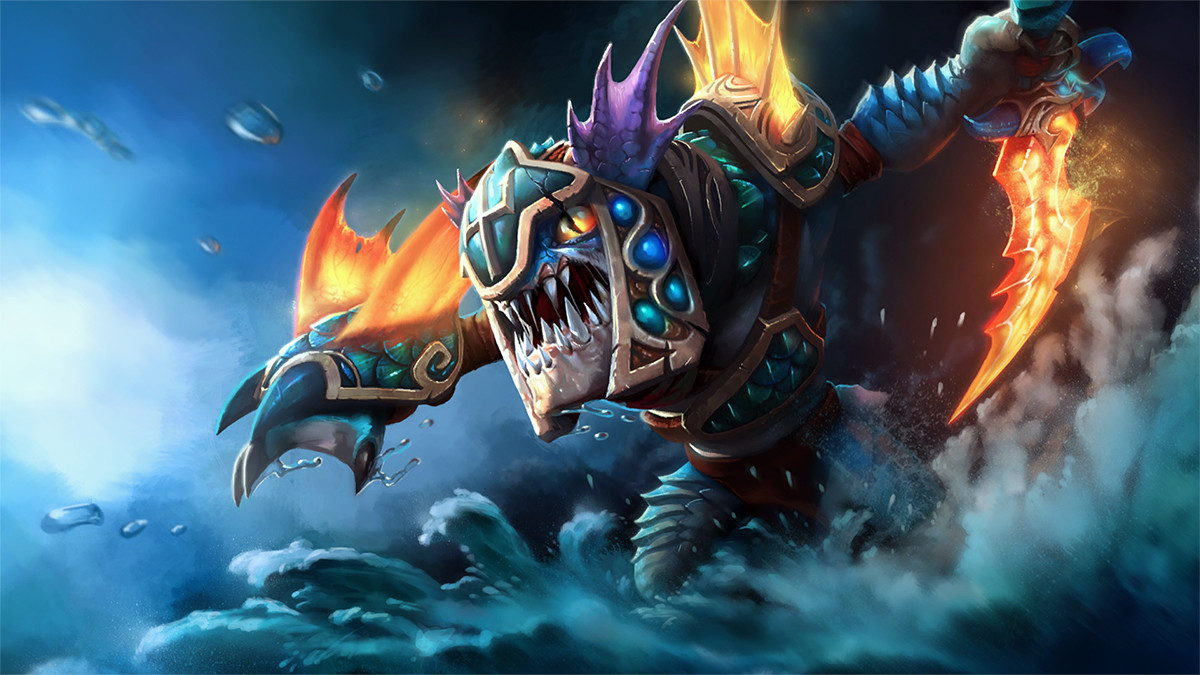 posted by Liightsdota,
Today we’ll examine one of those new builds in Patch 7.27 by looking at Sumail 'SumaiL' Syed Hassan’s approach to playing Slark after the latest changes.
ADVERTISING:
The arrival of patch 7.27 this week included zero hero changes, yet it fundamentally shook up the stale Zoo Meta, revolving around Necronomicon, which had taken hold during the latter weeks of Patch 7.26c. The multitude of item and map changes introduced were enough to dramatically shift which heroes are good right now, as well as creating some new item builds which we’ve never seen before.

The item changes introduced during this patch have positioned Slark perfectly to dive past the competition. While he was already in a decent spot in Patch 7.26c, the changes to Silver Edge and the introduction of the new item Blitz Knuckles have truly pushed this hero over the edge of viability. Blitz Knuckles cost 1000 gold, grant +35 attack speed and are used to build a Shadow Blade or Monkey King Bar. By taking advantage of all this newfound attack speed, Sumail is able to build Essence Shift stacks at an incredible rate, and weave through team-fights with ease thanks to his return to the invisible Slark playstyle. The ability for Echo Saber to later build into a Silver Edge has also been a huge addition, as previously building an Echo Saber caused you to run into issues with item slots lategame.

Sumail has made no drastic changes to his early laning phase, prioritizing trading to build Essence Shift stacks where he can, while focusing on securing ranged creeps with his laning partner. His goal is to complete a single Wraith Band and Magic Wand to help secure his early game as he builds towards Power Treads. Slark benefits from having fantastic matchups against most of the offlane pool, which Sumail uses to push his advantage, frequently getting 3-4 Essence stacks during a trade and forcing his opponent to retreat. By doing this consistently throughout the laning phase, most heroes are unable to trade favourably, and will be forced to either leave Slark’s lane or bring supports over to help deal with him, freeing up the other cores elsewhere on the map.

One crucial change to the laning phase in this patch, which Sumail was quick to adjust to, is the reduced damage and increased attack speed on towers. This change is extremely unexpected, with Tier 1 tower damage and attack speed having remained unchanged since the release of Dota 2. Now ranged creeps need to take three tower shots before being lasthit, instead of two like previously. Melee creeps take six tower shots before they should be lasthit. These tower changes have had the additional effect of boosting the winrates of Centaur, Axe, and Timbersaw, all of whom benefit from tanking the faster-attacking tower under certain circumstances.

While the initial powerspike after picking up Echo Saber can be used to snag easy kills on supports, Sumail’s focus still remains on farming his subsequent items in order to continue scaling. The new item Blitz Knuckles seems like it was almost created with Slark in mind. Because of Essence Shift, this hero benefits more from attack speed than any other in the game. Afterwards when he acquires Sange and Yasha, Sumail is able to start participating in fights that demand his involvement. The slows provided by Echo Saber’s triggered effect and Sange and Yasha’s bonus movement speed allow Sumail to relentlessly stay on top of his opponents, picking them apart with incredibly quick auto-attacks.

Before committing to five-manning with his team, Sumail completes his Silver Edge with gold from destroying outer towers and a few isolated hero kills. This allows him to switch to a more pick-off oriented Slark style, which was popularized when the hero was rushing Shadow Blade. Opposing supports struggle immensely against this Slark build. As a result of his mobility and elusiveness it’s very difficult for them to position themselves safely in fights. Throughout the midgame, Sumail makes use of his passive in order to spot opponents' wards, and keeps a Sentry with him at all times to counter them without the need of his support’s involvement.

After finishing the midgame item build and beginning to fully join fights with his team, Sumail continues to take over the game. He positions himself aggressively with his team in the opponent's jungle, and preys upon anybody foolish enough to try to come deward. He systematically farms the opponent’s side of the map before killing Roshan with his team and capturing all the outer towers with the first Aegis. If the circumstances are good, Sumail is unafraid to finish the game there, though in closer games he usually waits until the second Aegis in order to breach the opponent’s base.

With any luxury gold he acquires after finishing his midgame core items, Sumail has a lot of game specific options to finish out his build. Frequently, he will split up his Sange and Yasha in order to build a Heaven’s Halberd, which has value in preventing the opponent’s carry from committing to a trade. Other great options included Skadi to stack even more slow onto his autoattacks, Abyssal Blade to lock down mobile cores, or Monkey King Bar to deal with opponent’s evasion. Whatever the item build, Sumail ensures to always prioritize pouncing on the opponent’s most mobile and squishy heroes, bursting them first before chasing over his other fleeing enemies.

Sumail has been spamming Slark since 7.27 came out, and it will be fascinating to see it in action soon against other top teams.