Secret take their sixth title in a row 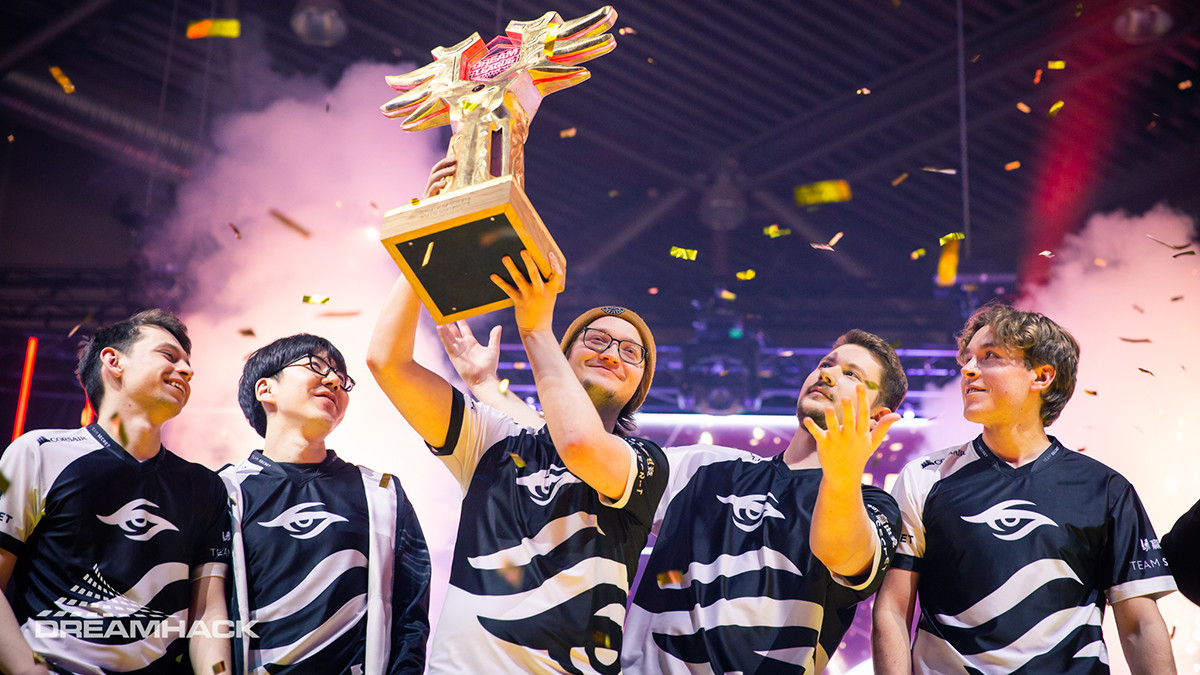 posted by NanaKrustofski,
Again and again and again: Secret claim their sixth 3-0 Grand Finals in a row on Sunday. By defeating Nigma, the European powerhouse win BEYOND EPIC: EU/CIS after fighting their way back through the Lower Bracket.
ADVERTISING:

In the first game, Nigma had the networth advantage for 43 minutes. Amer 'Miracle-' Al-Barkawi managed to farm his Gyrocopter to a six-slotted, Divine Rapier carrying tank. Secret were only able to kill him once, and failed to bring him down in the later stage of the game.

As a result, they began to simply ignore him and eliminate his team-mates. Lasse 'Matumbaman' Urpalainen provided strong teamfights with his Refresher-Aghanim's Luna. After nearly 49 minutes, Secret were able to overthrow Nigma and take the first game

We take this first game, two more to go! 🙏

"Holy Moly"! The second match was a neck-and-neck race over 75 minutes. The networth advantage kept changing sides and after an hour, Nigma were actually 28k ahead. However, an impressive teamfight by Secret in which they outmaneuvered Nigma and got them closer to victory.

Michał 'Nisha' Jankowski went for a surprise Drow Ranger mid and dealt over 94k damage in the game. Clement 'Puppey' Ivanov was able to save him in a crucial moment with Weaver's Time Lapse after acquiring his Aghanim's.

Ludwig 'zai' Wåhlberg then cleared the area. His offlane Queen of Pain, wielding a Divine Rapier, achieved a neat ultra kill, which eventually snowballed into a 2-0 lead.

While the second game looked like it could have gone Nigma's way, the third and final match was a clear victory for Secret. The powerhouse maintained the lead at all times, which resulted in MATUMBAMAN spinning out of control. His Ursa finished with a 20/2/11 score and had more networth than Nigma's carry and midlaner combined.

The team drafted Tiny for Nisha, which we did not see him play too often yet. Nonetheless, he had a strong performance and also provided this play tossing Ivan 'MinD_ContRoL' Borislavov away so he could not save his team. With three wins in a row, Secret take the Grand Finals and add another title to their streak.

Secret's manager Cyborgmatt also announced that the team will be taking off July.

What do you think, what are Secret's weak points?