Commentary: Why we have to break the silence 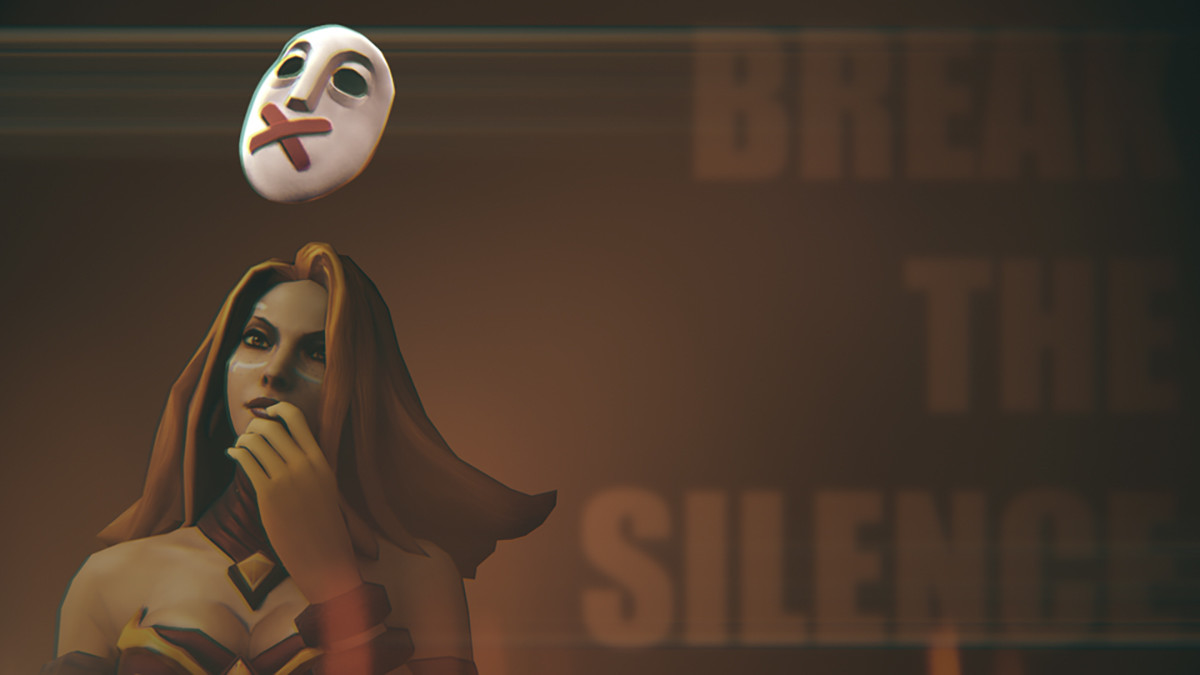 posted by NanaKrustofski,
In the current discussion about sexual harassment in the Dota scene, many points of views seem to come with some misunderstandings. To address some of the ongoing issues, I reached out to several people to collect some statements.
ADVERTISING:
Trigger warnings: Sexual harassment, inappropriate behaviour


To give this article more depth, I reached out to discuss the situation with other people in the scene to include their points of view, experiences and opinions. I am beyond grateful that the following people agreed to help me and use their voices to amplify the stance against the grievances in our scene:

The article is split into three parts: sharing experiences and explaining our point of view, addressing some of the common misunderstandings and questions at the moment and lastly, a take on how we should all reflect our behaviour and how we can try to decrease toxicity in the community. It will be a long ride, but if you're interested, feel free to make a cup of tea and give it a read.


Every person feels differently: What crossed the line for you personally?

There are different degrees of harassment and crossing personal boundaries. Not every incident is a straight-up heavy abuse that needs to be taken to court, there are also minor cases which make the affected person uncomfortable. Everyone has their own personal space and feelings and it is important to respect those boundaries.

Another issue is that it's not single incidents, but that many people have to face these unpleasant situations regularly, which over time can change perception and sensibility. Accepting smaller cases of harassment or inappropriate behaviour is also the breeding ground to go a step further and trivialise more serious cases. Oftentimes, outsiders are not completely understanding on why a certain even minor incident was hurtful or bothersome. This is why we want to share some of our personal experiences of negative behaviour in the Dota scene. Note that these are only one example of a large catalogue per person.

And please, don't overwhelm the people who did speak out by asking them to explain everything to you. There is only so much emotional energy in the scene right now. It's especially limited for the people who have to also deal with the scum tweets, messages, and threats.

Hoxie: On more than one occasion, I have been told (or it has been very heavily implied) that I should trade sex for access to an event or introductions to people. There have also been cases where those working for organisations (that I am a fan of or would want to work with) have taken advantage of their position to be incredibly creepy towards me. I’ll also note that when I took even a single step towards the esports scene I was warned. Many times, by different people, about different people.

Nana: At every Dota or gaming event, there are people I try to avoid. They aren't all dangerous predators who might abuse us any second, but people who made me or someone I know feel uncomfortable at some point. As an example of a comparably harmless person: A former team manager once got in contact with me through some loose friends. He quickly started to flirt with me, I told him I was not interested and had a boyfriend.

He kept on writing unpleasant messages and then sent me nudes – completely out of the blue. He hasn't work in the industry anymore for years and I blocked him anyways, but he still attends event. I told the story to another guy I played pubs with. His answer was to send me pictures of his crotch. Naturally, I cut ties with him as well and don't look forward to seeing any of these goblins at events.

The problem are not the two guys on my list of people I personally try to avoid, it's the fact that the list has a lot more names on it. I don't walk around traumatised, being scared of potential predators everywhere. But I still have to be cautious at all times and often feel uncomfortable. My girls and I make up codewords and signs to signal each other we want to get away from someone. This shouldn't be the case.

Reinessa: My first ever Dota 2 event was at TI4, and I was beyond excited to finally be at an event with so many people I admired and to have a chance to meet someone who loved cosplay and loved Dota. I waited in line, and when we went to take a picture, a caster said 'Wait, we have to do this pose' and slid down my leg. I didn't think too much of it, but I could see the huge crowd of people in front of us all taking their pictures and I was just leaning as far away as possible to make it as not awkward as possible.

I really don't hold any ill will for this, because it was a stupid 'for the memes' moment but I still see flashes of the players/VIP area looking down from the balcony above and the flashes of their camera as they laughed along and watched. It's that feeling of being watched while this happened that has always stayed with me. That feeling that cosplayers are objects and not artists. It always stuck with me. I have worse stories of harassment and fear, but I have confronted all of them and let them know that I did not approve and their names don't belong in this.

Disclaimer: Comments on this piece are not visible, except for staff.