Dota mysteries: Who is IceFrog? 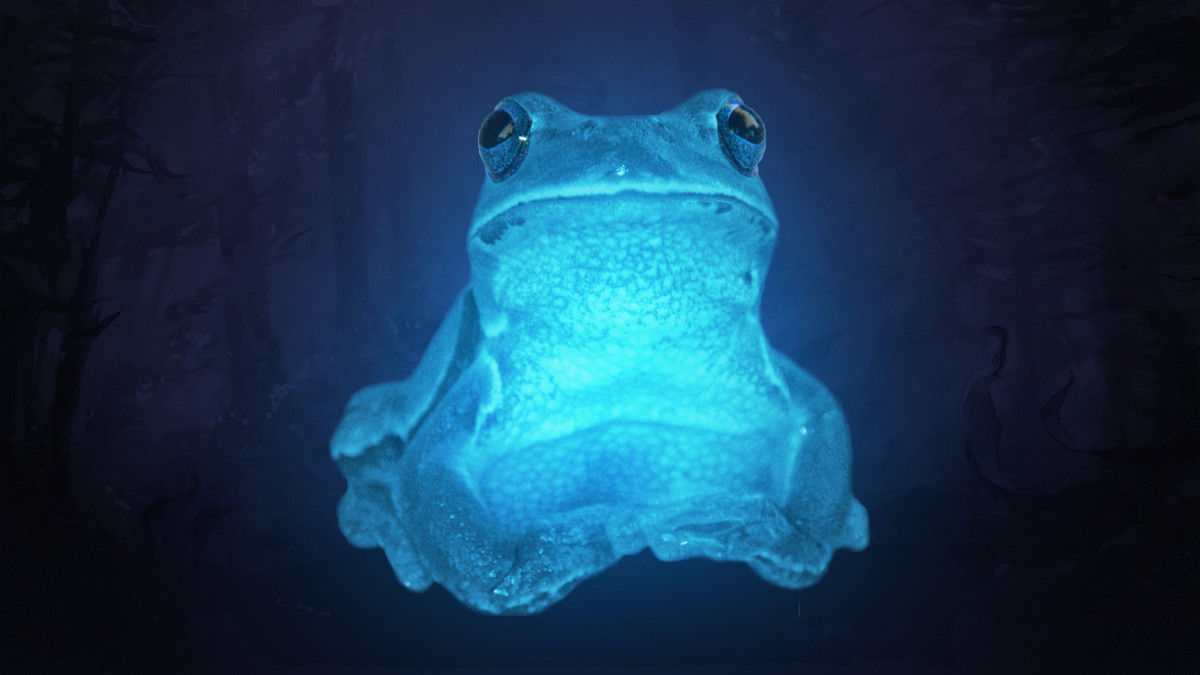 posted by NanaKrustofski,
Do you know who created the game you have spent hundreds of hours watching and playing? Let's take a look at the mystery that surrounds "IceFrog".
ADVERTISING:
The Dota god, the master of balance, the lord himself: If you browsed through Dota forums in the past days, especially on Reddit, you might have noticed the nickname IceFrog appearing every here and there. The mysterious person recently published a comment in a forum and caused an avalanche of reactions. If you are still new to the scene, you might not be familiar with this man. You might not be aware that he is one of the creators and legends behind the game – even though you might have spoken to him at an event without knowing that he is our god.

IceFrog is finally posting on the forum again and these are the first two replies https://t.co/gM72KmNqMB #dota2 pic.twitter.com/PUznV5Ju2G

The legend of IceFrog

From tadpole to most important frog

To fully explain the story of IceGFrog, we need to jump back into history straight to the origins of Defense of the Ancients. In 2002, game developer Blizzard Entertainment published the third part of their successful video game series Warcraft, called Warcraft III: Reign of Chaos. A special map editor that allowed creative players to publish their own custom maps became the hatchery for DotA.

The first version of DotA appeared in 2003, created by a player who went by the name "Eul". The game mod was based on the StarCraft custom map Aeon of Strife. Eul stopped working on the mod soon and opened the game to be altered by other fans. Several versions appeared, but DotA Allstars for the WC3 expansion The Frozen Throne turned out to be the most popular variety. Its publisher was a player called "Guinsoo".

IceFrog entered the scene when he was asked by Guinsoo to assist him in programming. He quickly improved DotA into a more sophisticated and competitive version. His creation caught the attention of a major gaming company we all know too well: In 2009, IceFrog announced a cooperation with publisher Valve and started working on Dota 2.

IceFrog throughout the years

Even though the mastermind has kept his true idenity from the public, there is still a circle of chosen ones to whom he revealed himself to. Kevin 'Purge' Godec for example uploaded a vlog in 2012 in which he talked about meeting IceFrog at The International.

TI champion Jonathan 'Loda' Berg once explained that IceFrog often turns to the pro players to listen to their feedback about changes. Apart from Loda, several other pros mentioned that they met the man himself as well.

Over the past nearly two decades, IceFrog turned into a distant urban legend. During WarCraft times, he frequently interacted with players and fans on forums and answered to their mails. After creating Dota, he still actively discussed the game and shared personal information with fans – but he became quiet years ago. IceFrog was also writing on Chinese boards, but nowadays you only get a rare, precious message every now and then.

For example, he only made a total of 13 Tweets. In 2018, he congratulated OG for winning The International. One year later, he simply retweeted his own post instead of writing something new on OG's second victory.

Once you visited a social media page about Dota or interacted with players, you might have encountered an occasional IceFrog meme. Especially when a new patch has been released or a bug occured, you can see his name all over the respective post. IceFrog seems to single-handedly be responsible for balancing the game, or so these memes claim.

A huge part of the community considers the work of the frog as impeccable. If you don't like some of the patch notes and changes, it's simply because you don't understand the intention behind them. IceFrog knows everything about the game and doesn't make mistakes. 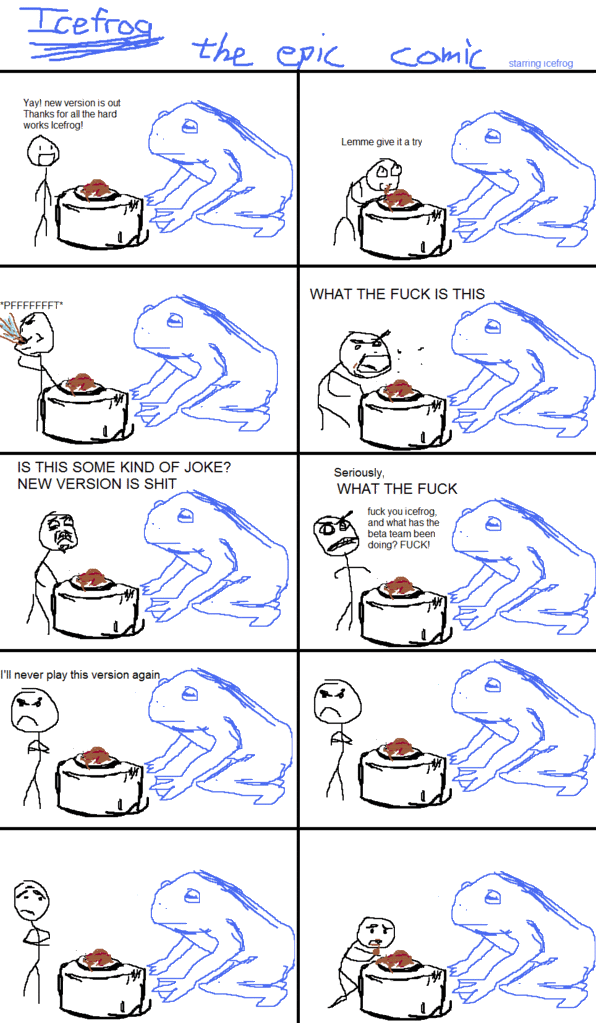 Who is the cool amphibian?

As mentioned earlier, ever since DotA's popularity began to rise, there have been rumours and theories about Icefrog's identity, but to no avail. Who could be this godly person that brought us this game we spent thousands of hours playing and who keeps re-inventing the meta? One person that got thrown in the pool of potential IceFrogs is Wykrhm Reddy. While it is safe to say that he is not the one wearing the the froggy mask you might still encounter related comments on social media. However, the community mostly uses the theory as a meme.

Wykrhm's exact profession is not clear, he is known as an artist, moderator of the Dota Subreddit, container of inside knowledge and fastest man alive. Wykrhm always has information on updates, changes and tournament results at hand before anyone else. So either he is a magician that can read minds and see in the future, or he is in close contact with Valve and IceFrog – or he is the creator himself.

thanks wyk, though to be fair we all know nobody has done more for DOTA than you, except possibly the frog... (you're not icefrog are you? or are you... :thinking:)

Another theory, that was built on memes, was that Bruno Carlucci secretly is IceFrog. If you started following Dota only a few years ago, you probably missed the great era of Statsman Bruno. The Argentinian Dota celebrity is known for his eccentric and colourful tweets, deep knowledge about the game and his humour.

Bruno has been playing Dota since 2005 and gained popularity with his statistics and appearances at events. He used to work with James "2GD" Harding at "The GD Studio" and as an analyst and panelist at several events, including three The Internationals. In 2015, he joined Valve full-time as a software engineer.

Over the years, the "Bruno = IceFrog" meme circulated through the community and fans tried to come up with conspiray theories and proof by analyzing every single detail. For example IceFrog posted a picture of a Mango drink on a Chinese forum, while Bruno tweeted he just had a Mango smoothie.

It has to stay a secret

Apart from these three huge speculations, there are also countless other personalities suspected to be IceFrog. Whether it's supposed to be a joke or the serious work of a hobby detective, fans are still collecting presumed 'evidence' to match the red threads. Loda was said to be the man, Purge was under suspicion, maybe SirActionSlacks is who we have been searching all along, some say IceFrog never existed – hardly anyone knows the truth. It is also quite possible that while the original legend keeps working on Dota to this day, the magical force behind balancing all 119 heroes now consists of several people.

The only fact that remains certain is that IceFrog brings balance to all things. And if the god of Dota wants to stay anonymous, we should accept our lord and saviour's wish.


What other Dota mysteries do you want to dive into?