Twitch Rivals gets criticised for choice of players 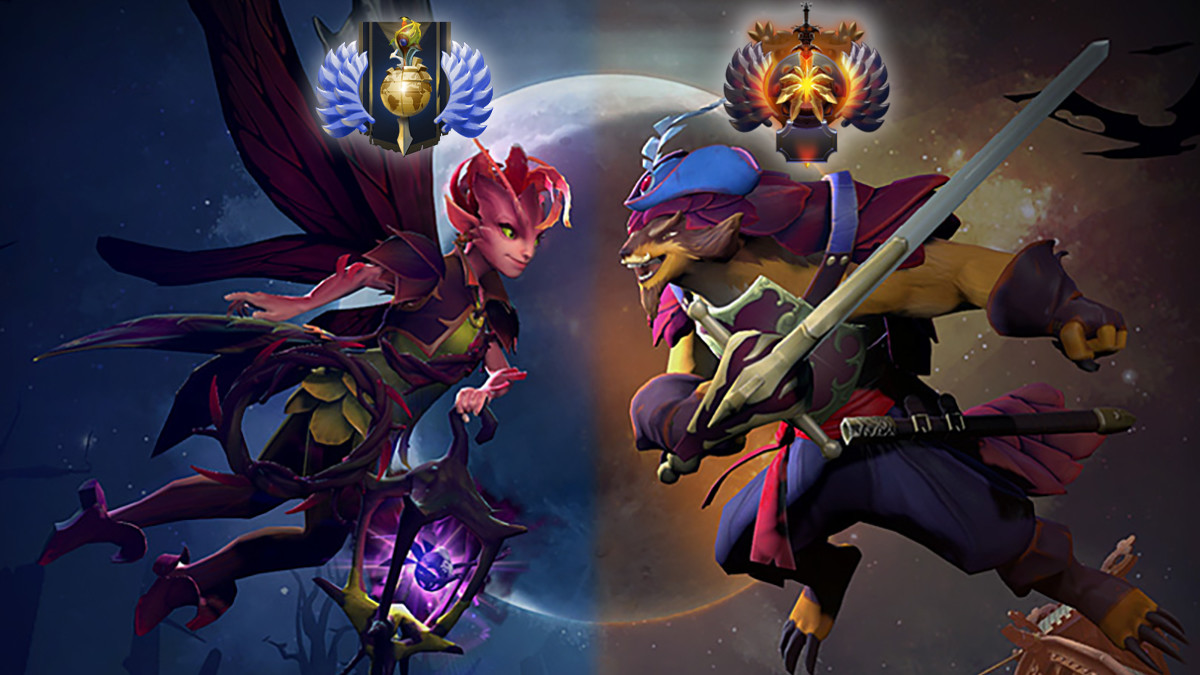 posted by NanaKrustofski,
What sounded like a fun tournament in theory became an unfair competition: the 2020 Twitch Rivals event in Dota gets heavily criticised for their choice of invited players. Popular streamers were missing and the participating pro players won the tournament with ease against the Divine-ranked streamers.
ADVERTISING:
Twitch Rivals is a series of online tournaments in several esports. As the name already suggests, famous Twitch streamers get invited to participate in the event, alongside former professional players or personalities of the respective scene. The series also featured a Dota 2 showdown with a prize pool of $100,000 – but the list of participants seems a bit questionable.

As soon as the Dota Twitch Rivals event got announced, the community and also streamers were quite surprised and rather discontent with the choice of players Twitch made. Most of the popular Dota streamers were missing. Now the event is over and in the American region, a team of professional players won. Fans as well as streamers considered the list of players unfair and voiced their criticism on Reddit and social media. Reddit user WisdomDota collected the statements of several streamers. So let's take a look at some opinions.

Two teams were dueling each other in Europe and CIS. The European team consisted of five full-time streamers, including Henrik 'AdmiralBulldog' Ahnberg who of course also played professionally for several years and even won a TI. On the CIS team however, there were also currently active pro players who are way higher in skill and experience than the squad of streamers.

Team XBOCT was able to win all three matches convincingly. The skill gap caused a lot of discussion. German streamer Snowfox who played for Team AdmiralBulldog commented on Twitter: "So 5 partly pro players or ex-pros who communicate in russian vs. fulltime streamers with language barrier. (...) I mean I loved the experience but we never had a chance. I'm not delusional."

Alaan 'Bamboe' Faraj shared the same opinion as he followed the event on his stream. He considered the event an unfair match-up with "3 Divines against professional players", as he called it.

Not only was the difference in skill quite problematic, there were also lots of famous Twitch streamers from the region who did not receive an invite or had issues with the application process. Bamboe further explained that he received an email to fill out a form, if he wanted to participate. After sending the application, he did not receive feedback until Wednesday when the event was already over. He got a DM on Twitch, stating he should not only have filled out the form, but also responded to the original email.

The EU & CIS region only got two teams and was limited to ten players. This resulted in many of the popular content creators who have been streaming Dota for several years not getting an invite to the event. Personalities such as Niklas 'Wagamama' Högström, Bamboe, Sheepsticked or Mihai 'canceL' Vasile have all been left out.

Who the fuck at @TwitchEsports decided to make a Dota 2 streamer tournament and not include @WagaGaming? Honestly, that's such a slap in the face to someone who has been streaming on YOUR platform full time for ~7 years and playing almost exclusively Dota 2 as an immortal player.

You could say its just for fun but when you throw 100000$ in the pricepool its actually insulting to invite people who have 0 followers on twitch and ignore people who streamed fulltime dota for the better part of a decade. Wtf yo?

Originally, there should have been four teams in the EU & CIS region as well. Austin 'TheCapitalist' Walsh commented on the situation on Reddit.

He has been loosely involved in the tournament and revealed that he was quite disappointed in how disconnected Twitch was from the Dota scene. But he also made clear that there was no ill intent in organising:

This tournament was put together last minute, so I wouldn't attribute this to malice so much as disorganization due to lack of time. I do hope that in the future, twitch wants to be more involved in Dota rather than us being a backup plan due to Valve as a developer being hands off.

The American Dota showdown was less problematic, as it included four different teams and had a broader representation of actual streamers. However, the event still brought some drama as another team of professional players won the tournament. Team Lelis consisted of five active pros and eventhough they currently don't count as absolute powerhouses in the international scene, they were still way ahead in skill and experience.

Retired pro Peter 'ppd' Dager released a video stating his opinion on the Twitch Rivals drama. He mentions that all of the participants in the American event were rank 200-300 players, so including a passionate streamer who is lower in skill would have caused issues in that region.


Which streamers would you want to see in a Dota tournament?