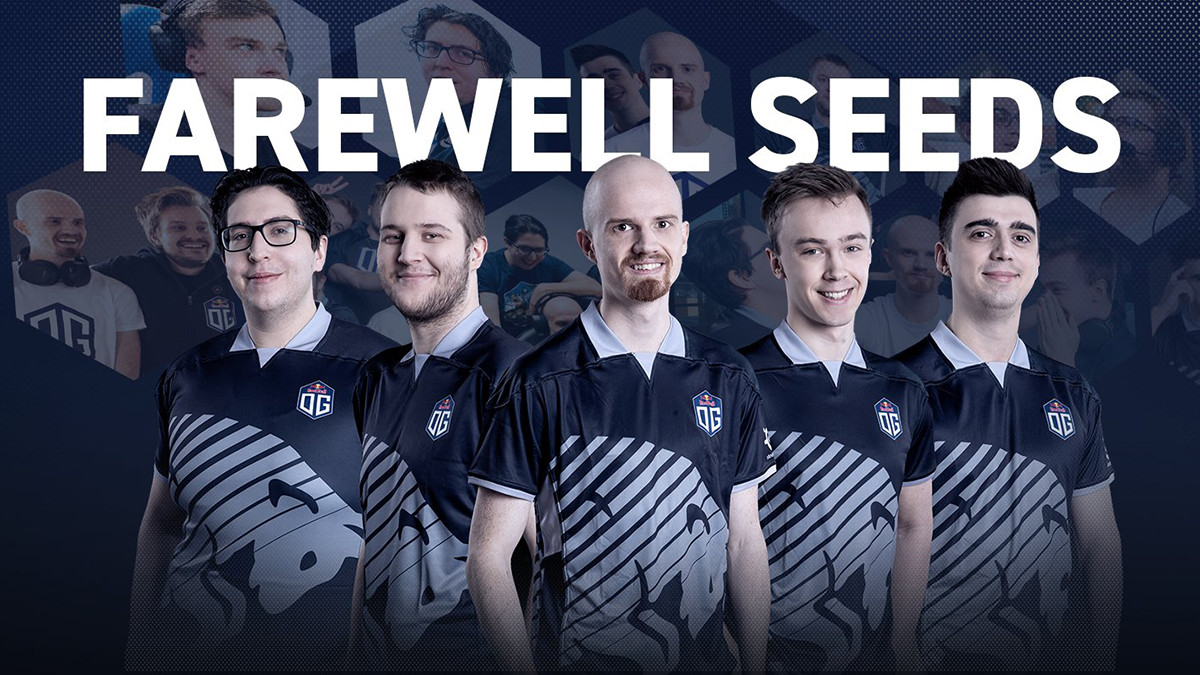 posted by NanaKrustofski,
OG had to release their sister-squad OG Seed as they revealed on Monday. The current regional tournament situation does not allow one organisation to have several teams competing in the same tournaments.
ADVERTISING:
TI-winning organisation OG announced their trainee squad OG.Seed only in November 2019. Now they have to release their secondary team again, as OG revealed on social media on Monday.

We would like to thank all our OG.Seed players for their great work, commitment and friendship.

We are extremely proud to see how you’ve evolved and how much progress you’ve made.

OG explained that because of the unforseen COVID-19 pandemic and its consequences for the competitive Dota scene, they were no longer able to play with both teams at the same events. Tournaments got turned into regional competitions and therefore, the organisation would have had to send both teams into the same regional event, which is not possible in most cases. Not only did it create a conflict of interest, multi-team ownership was also not allowed by most tournament organisers. You can read the full statement at the official homepage of OG.

It appears as if OG handled the departure of their trainee players quite well, as they also gave them a 30-days notice beforehand and helped them to find a new organisation. So far, there is no information on which team the five players are going to join. Their former captain Peetu-Elmeri 'Peksu' Väätäinen confirmed in a TwitLonger, that there was indeed no mud fighting involved and the players came to the mutual agreement to leave the organisation.

Although OG.Seed only existed for about half a year, the academy squad have an intersting history to look back to. Here are OG.Seed's highlights.

What started as a trainee squad was eventually able to defeat high-class line-ups. OG.Seed initially played in qualifiers and tier-3 tournaments after their founding last year. They slowly began to improve and participated in more events.

Peak of their success: They finished second at DOTA Summit 12. OG.Seed were able to defeat Evil Geniuses in a spectacular 2-1 Lower Bracket Final. The American powerhouse defeated the seedlings in a previous round and were ready to crush them once again in their second encounter. OG.Seed however fought back and took the series to the all-deciding third match. Omar 'Madara' Dabachach was able to carry his team to victory with Terrorblade and a Divine Rapier.

The Summit also brought us this highlight play from Zakari 'ZfreeK' Freedman as Rubick who casually outplays Team Liquid.

The team also most recently competed against the top European and CIS powerhouses in WePlay! Pushka League Division 1. They upset their own teachers OG 2-1 in the group stage. Rasmus 'Chessie' Blomdin played an outstanding 25/1/12 Queen of Pain, whereas Madara torched them with his Ember Spirit.

In total, OG.Seed weren't yet able to overcome the giants of the scene and finished the league with a disappointing 13th place. They could however also force Ninjas in Pyjamas to surrender with an omega gg.

In regards to this topic, it is also worth mentioning, that there is another organisation with multi-team ownership in the Europe and CIS. Virtus.pro has two active squads as well, Virtus.pro and VP.Prodigy. There have already been discussions in the community on Reddit and Twitter whether VP will be affected by this issue as well. Giving VP.Prodigy's recent success, it seems unlikely that VP will separate from them in the near future.

OG.Seed will have to go a differen path now. As mentioned above, there is no information on which organisation will pick up the players. It seems like the roster will not disband and search for a new home together. With the pandemic still going on and the DPC system still paused, it could however be a difficult task to find new sponsors who are willing to invest in a talented tier-2 team. However, all five players are incredibly skilled as they have proven in the past and they also have the biggest name in the Dota scene in their résumé.


What do you think, which organisation could pick up OG.Seed's players?